Each year Orienteering NZ Junior Camp is held, with this rotating through a number of venues/clubs.  The camp is usually held in December and there is a lot of demand to be able to attend the camp.  Coaches range from people who have usually either competed at JWOC or WOC and there are a number of skills and exercises that are run through during the week, with the culmination being the camp champs on the last day.  But coaching and training are only two areas of the camp, with the camp being a great opportunity to socialise and meet a number of people from around New Zealand.

Applications are normally called for, with applications made for the camp a number of months in advance.  Be sure to look out for notifications of this.

The D Squad is made up of individuals from the late stages of school through to those who are in their final year as a Junior.  Often a camp is held over summer for the D Squad, where everyone can get together and go orienteering and running somewhere that they do not usually go to.  The camp is a great opportunity to get to know one another a lot better and to build friendships that will last a lifetime.  The D Squad is a great springboard through to JWOC. 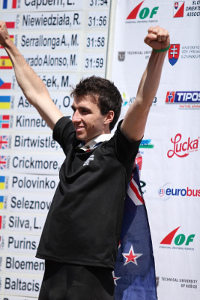 Each year the Junior World Orienteering Championships (JWOC) are held in the middle of the year and generally these are held in Europe.  Each nation is able to send a team of up to 6 males and 6 females.  The event is made up of 5 main events, a straight final for both the Sprint and the Long distance, but a qualification and then final for the Middle distance.  On top of this there is a 3-person relay, where each nation can have two teams compete but only the best placed team counts in the official results.

JWOC trials are generally held between January and March each year.