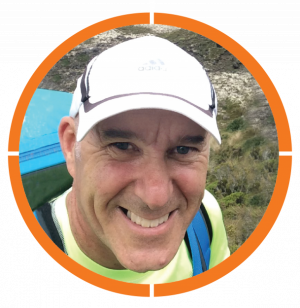 The last few weeks I seem to have been a magnet for anything to do with rules. Before I go into this, I have to declare that I’m not a massive proponent of having lots of rules – my philosophy, partly developed through my work as a business consultant, but also having a father who was a little anti-authoritarian, is that you should have just enough rules and no more. I have come across too many organisations that have become bound up in red tape and bureaucracy and stopped performing well to know that rules, policies, standards all need to be held in balance with the ability to use judgement and principles as the basis for sound decisions.

The first example I had was in working with Christo and Council on revising the Covid guidelines. These hadn’t been refreshed since the first lockdown last year, so this latest lockdown introduced some new MoH directives and guidelines which needed to be incorporated into the orienteering Covid guidelines. It all sounds easy enough, except for the fact that there was conflicting information around some of the guidelines, both within the MoH information and the Sport NZ guidelines. The point here is that we had to apply some thought and judgement, consider certain principles around safe practices, in order to develop safe and appropriate guidelines that could be applied in the orienteering context. These have being re-released on the ONZ website and also appear in the September 2021 Compass Point and we hope they are clearer and useful.

The second example was in relation to some feedback I received on my July Compass Point piece, where I encouraged clubs to ensure they charged enough in their entry fees that reflected the value of the events they put on. This feedback politely questioned whether my compass point piece contravened the Orienteering rules, specifically rule 7.1: “The costs of organising an event are the responsibility of the organiser. To cover the costs of the competition(s), the organiser may charge an entry fee. This fee must be kept as low as possible.”  To be clear, I was delighted to get this feedback – not only did it demonstrate that someone actually read my piece (a minor victory in itself!), it also forced me to think and challenged me. This is good in our sport, because it forces deeper thought and application of judgement, and despite the way that rule is written, some judgement is still required to interpret it.

The third example came out of an event I competed in, quite a large event, and a heap of fun. However it transpired after the event that a small number of competitors had not been compliant with the rules – some said they cheated, others said they “stretched” or “chose to interpret the rules a certain way”! Either way, it came out in the wash that rules had been broken, so penalties were imposed on the relevant competitors. The interesting thing here is that rules on their own don’t always influence the behaviour you might want or expect. Sometimes you have to fall back on principles, from which the rules are written, and use these to influence the behaviour you want.

The point with all of this and my reference to rules, is that yes, of course rules, guidelines, standards etc are all incredibly important. They give the sport structure and order, and simplify much of the decision making that has to happen on a regular basis. However rules on their own are not always enough. They don’t preclude the need and requirement for sometimes having to use judgement, and fall back on the important principles that guide the sport such as fairness, safety, transparency.

I hope to have less focus on rules in the coming month, and instead explore the topic of freedom more! Certainly I hope that is the case for many of you, especially those of you in Auckland who have been stuck in lockdown for so long. Fingers crossed that we see a way out of this soon, and we especially hope to see many of you at the Northern Regional champs on Labour weekend.