Good luck to all our orienteers heading to Australia next month to challenge:

Since last month there has been a lot happening on the orienteering scene, and internationally we have seen Kiwi athletes competing at the World foot Orienteering Champs which Malcolm Ingham gives a write up on elsewhere in this bulletin. We  also had athletes competing at the World Mountain Bike Orienteering Champs (Junior and Senior), who by all accounts had a great time on some fantastic maps and courses. At this level results can sometimes appear mixed, and the realities of having the worlds best athletes competing in the same event means that issues and errors that might have a minor impact in a less competitive environment, can have a major impact when competition is so close in terms of placings. New environments also bring new learnings, and one of the issues Kiwi riders had was punctures – lots of them! Despite running tubeless tyre setups which should mitigate these things, there was a lot of flint (used in winter to grit the roads), which tore the tyres up and made for more punctures than usual. So more competition, and new environments create lots of opportunities for learning, and it is the focus on this which will bring the results in due course. Congrats to all our athletes for their efforts, and achieving great as well as mixed results, and we hope they come back to NZ with some incredible memories, as well as learnings which will lift the sport here in NZ.

This month also marks a number of new things happening in the sport. The recent NZ Secondary Schools Champs hosted by North West Orienteering Club and Auckland Orienteering Club in Auckland, proved to be an ideal opportunity for a professional film crew (The Stream Shop) to come in and profile the sport. This came about thanks to the efforts of our GM, Catriona McBean, who created this opportunity to broadcast our school events, which gave us access to this coverage free of charge. This has created some really great footage which is accessible through the ONZ website, and is well worth a look. As well as seeing some of our junior athletes in action, I was impressed with the commentary provided by Devon Beckman, who showed some impressive on screen ability, and potential credentials for a future in that medium! As well as Catriona’s efforts, we should recognise Jenny Cade, Annemarie Hogenbirk, and the North West/Auckland team for working with the team and making this happen, as well as running a very successful Secondary Schools Champs.

The other new thing happening this month is seeing a new General Manager start. Following a rigorous recruitment process, we are delighted to announce that Christo Peters will be starting with us on 16th September, which gives him a 2 week overlap with Catriona who leaves end of September. Christo has a strong background in sports administration, in both the school sports environment and in Tennis. Importantly he has a strong empathy for the club and volunteer environment which is so important for orienteering, and he ranked highly across the skills and attributes needed for the GM role. I won’t say too much more about Christo here as he is introducing himself elsewhere in this bulletin, but can say he is looking forwards to meeting many of you in due course, and in fact was seen at the Secondary Schools champs recently so is already familiar to some Auckland folk. I am sure you will all join me in welcoming Christo on board. I am also sure you will all join me in thanking Catriona for her efforts and work over many years, and wish her the best in her next steps after she leaves ONZ end of September.

Lastly, I have had a number of people respond to last months invite to be part of a working group on major events. We are now planning a workshop mid/late September, so if you haven’t registered interest with me but are keen to participate, please let me know ASAP and I will forward you details.

In the meantime, happy orienteering everyone, and I look forward to seeing many of you at future events.

Update: Further to my compass point piece this month, I’d like to update a couple of things that were missed. Firstly, big ups not just to North West (for putting on the Secondary Schools Champs), but also Auckland Orienteering Club who partnered them and should be equally recognised. Also, Annemarie Hogenbirk should be recognised for her amazing work as the main organiser for the event – such a key role and she needs to be recognised for her leadership and organisational efforts. Apologies for missing these two important acknowledgements, and once again great work and thanks to everyone involved in this. [ Pete – 6 September 2019] 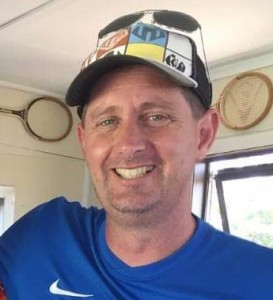 Hello everyone, it is an honour to be taking up the position of General Manager mid-September.  I live on Auckland’s North Shore with my wife and two sons. Although I have not taken part in orienteering since my secondary school days, I will be trying my hand at some of the more forgiving local events over the coming year.

I have worked in sport for nearly two decades.  During the last decade I have been a secondary school Director of Sport. In this role I was responsible for the successful running of twenty-seven sports with a team of paid staff and up to one hundred volunteers annually.

As well as paid employment, I have twenty-five plus years of voluntary sporting experience.  Regionally I have sat on management committees and/or boards across a number of sports including volleyball, touch, basketball, squash, tennis and lawn bowls. I have been involved in running a volunteer-based sport club for more than twenty years, holding a number of positions including a two stints as President totaling more than ten years.

I am currently finishing my masters in management through Massey University.  I also hold academic qualifications in business studies, teaching and coaching.

Over the next  few months I expect to attend a number of local orienteering events, starting with this weekend’s Secondary School Sprint Nationals.  I look forward to meeting everyone and introducing myself.  I believe in nurturing good working relationships.  For this reason the relationship between Orienteering NZ and Clubs will be of utmost importance to me.  I welcome the opportunity of working with the National Council for the betterment of Orienteering.

ONZ has negotiated a deal 3-year to broadcast the NZSS Orienteering Champs which started last week. We are unable at this time to announce our partner in this venture, but once we get to OK from them, we’ll let you all know.

Due to the really quick time-frame from confirmation of the opportunity to the event last weekend (about 4-days) we weren’t able to broadcast wider than our Facebook, Youtube Channel and the ONZ website.  However, in the future this broadcast will also be on TV.

If you haven’t seen the coverage yet, check out the highlights

If a club has any queries regarding land access and Heath and Safety matters please contact ONZ Event Liaison Russell Higham: events@orienteering.org.nz

What happens when thing go wrong?

Our clubs do a very good job at keeping Orienteers and public safe, by identifying hazard and mitigating risk.

But what do we do if things go wrong, or accidents happen?

The ONZ Hazard and Risk Management (HARM) form is the first step to ensure we have all the information we need if things go pear shaped.

Another WOC is over with mixed results for NZL. The highlight was undoubtedly the long distance with 3 very good placings. Lizzie Ingham’s 25th was her best placing in the long since her debut in France in 2011, since when the competition and standard has risen dramatically. Similarly, Toby Scott (30th) and Gene Beveridge (34th) produced the best men’s results since Chris Forne was 28th in Switzerland in 2012.

Having the two of them sat side-by-side in the “winners” chair for about 45 minutes was surreal! Balancing the long, it was a little disappointing to have only Lizzie and Tim Robertson make the final of the middle distance, compounded by them both making mistakes in that final and finishing lower than might have been hoped. There were excellent first legs by these two in the respective relays although the positions at the end of the legs could not be maintained. At least overall the situation for 2021 in Czech Republic will see NZL retain its place in Group 2 giving 2 entrants in the long distance for both men and women.

As an addenda to WOC it was somewhat of a disappointment that, after a lot of preparation and effort put into presenting to the IOF Foot-O commission, JWOC2022 was awarded to Romania. Although feedback has thus far been limited, it does appear that a prime reason for this was that Romania were unsuccessful in a bid for 2021. Along the same lines it has been intimated that if NZL reapplies for 2023 it is highly likely to be awarded. That, however, is a decision for ONZ to make.

We now turn to Oceania 2019 with additional places in sprint WOC 2020 up for grabs for the winners in the elite sprints. There is also the small matter of NZL retaining its lead won in the first leg of the Pinestars-Bushrangers test Match at Queen’s Birthday.

We’re delighted to release the Active NZ 2018 Main Report which highlights the significant changes compared with the 2017 report and updates the participation landscape using 2018 survey data. This is the second year of data collection and beginning of a new time series on participation in play, active recreation and sport. Click here to access all Active NZ reports.

We have also released a Spotlight on Deprivation report that delves deeper into the impact of socioeconomic deprivation on participation. It complements the findings in the main report.

We’re also excited to share that for the first time Active NZ survey data is available through our new Data Visualisation Tool, where you can explore and visualise the survey data both nationally and in your region

Make your travel plans. Apply for leave. Book the tickets. Find a place to stay…

Why do you have to carry a whistle with you on schools orienteering events?

Answer: The reason we ask school orienteers to carry a whistle is to call for help if needed.  Last week at the national schools championships an athlete injured their leg so was unable to walk.  Using the whistle they were able to summon help from  another orienteer who was running past, and they were able to help the athlete out of the forest.  So carrying a whistle can help you if you are injured and/or lost.