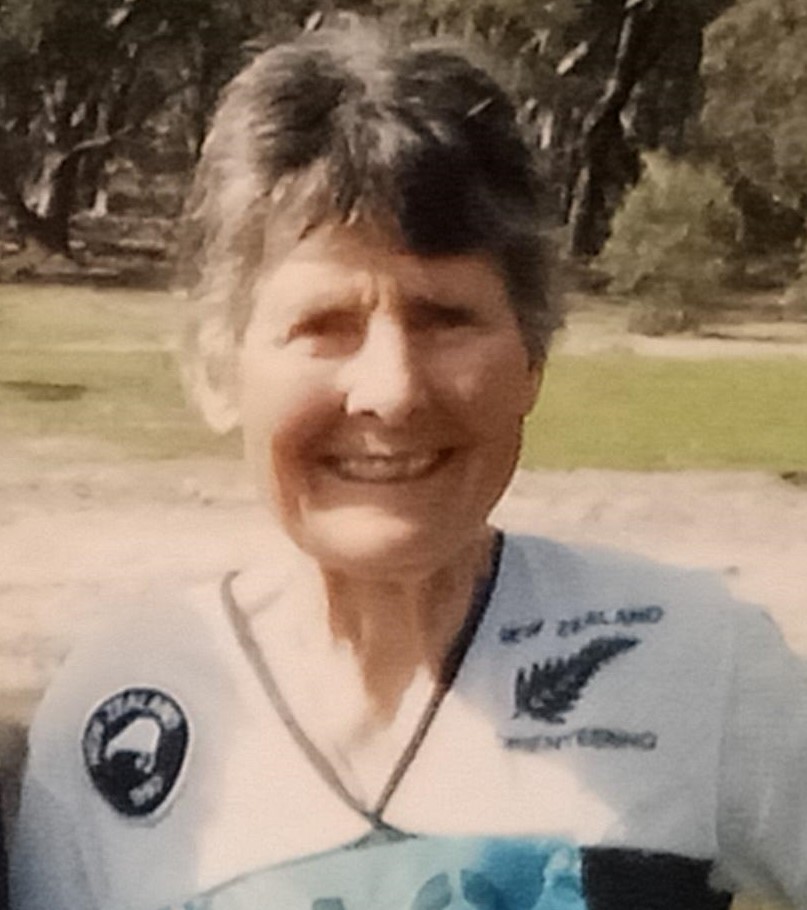 It is with great sadness that we report the passing of ONZ life member Bunny (Jenny Mary) Rathbone. Bunny was a an inspirational figure in our sport whose positivity and can-do attitude made her a role model for everyone in our sport.

We interviewed Bunny in January 2020 for Compass Point, below is this article:

As I navigate my way around the many personalities that make Orineteering what it is, a number of people have said that I must interview Bunny Rathbone.  Their reasons centre around the way she exemplifies the ‘Kiwi can-do attitude’ and the love she has for the sport.

Talking to Bunny you quickly understand her warm personality combined with her extreme humility.  With this in mind, an interview with Bunny was never going to produce a great list of her achievements. Instead you are left with an overwelming sense of positivity which is infectious.

Bunny competes in the 80 year Women’s category, although by her own admission she is getting very close to the 85 year age bracket!  She is a regular national representative and is now in her fifth decade of competition and shows no signs of stopping any time soon.

Orienteering entered Bonny’s life in the 1980s when she and a family friend staying with them at the time undertook to try the sport in Dunedin where she lived.  On the day of the event it snowed but just as the local club turned out to host the event regardless of the weather, Bunny turned up to take part equally undeterred.  Despite her baptism by… well snow, Bunny said “By the time I had got around the course I was hooked”.

Before orienteering, her family all played tennis.  For Bunny tennis had to step aside in the 1990s as her increased interest in orienteering meant that there was no longer time for another sport.

Having grown up on a farm with a Mum and Dad who were heavily involved in the social side of the community, Bunny credits her parents with providing a model of how people should treat and support each other.  This influence also provided Bunny with her ‘can-do’ attitude which she carries to this day.

When asked about the things that motivate her to continue orienteering, Bunny has a seemingly endless list of positives ranging from the challenge, to being active, to travel, to enjoying being in the outdoors – whether in farmland or in forest.

Orienteering has taken Bunny all over New Zealand and overseas on numerous occasions. She has competed in North America, Europe, Great Britain and every state of Australia except the Northern Territory.  With a daughter living in France, overseas trips to Europe also have the added incentive of providing an opportunity to see family.

Asked what her greatest achievement in Orineteering was, she replied “Being able to be selected for a New Zealand team has been my greatest satisfaction”.

Bunny’s advice for budding orienteers is simple: “The best way to improve is to train with people with strengths that you wish to develop. This can be as simple as buddying up with other club members”