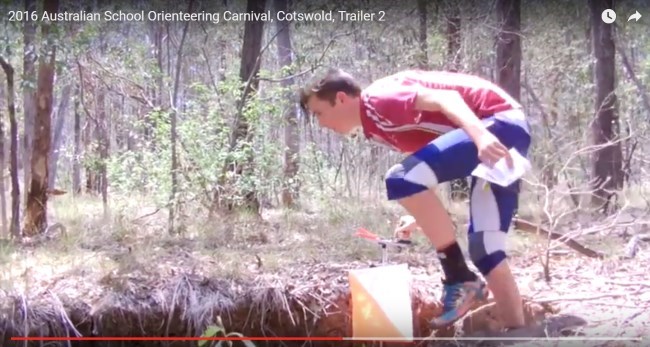 “The first two trailers of 4 in a series to introduce the 2016 Australian School Orienteering Championships to be held on the Scenic Rim of SE Queensland Australia. The terrain is classic sand stone area at the base of Mt Maroon – COTSWOLD. Offering top level Orienteering in a magic place. Enjoy. Thanks Jack, Helen and Winnie for all your work as the leads.”

A New Zealand Secondary Schools Team is to be selected to compete for the Southern Cross Trophy against the six Australian states and the Australian Capital Territory in the 2016 Australian Schools Championships.

The championships will be held in Queensland’s Gold Coast Scenic Rim and Granite Belt as part of the Australian Championships carnival which runs from 24 September to 2 October 2016.

Further event information is available at the http://www.auschamps2016.com/

The team will be 16 in size (four each of senior boys, senior girls, junior boys and junior girls).  Senior grades have a birthdate of 2000 or earlier.

For more details refer to the Orienteering NZ Selection Announcement

Athletes seeking selection at the NZSS Championships are expected to run their correct age grade based on their year of birth.