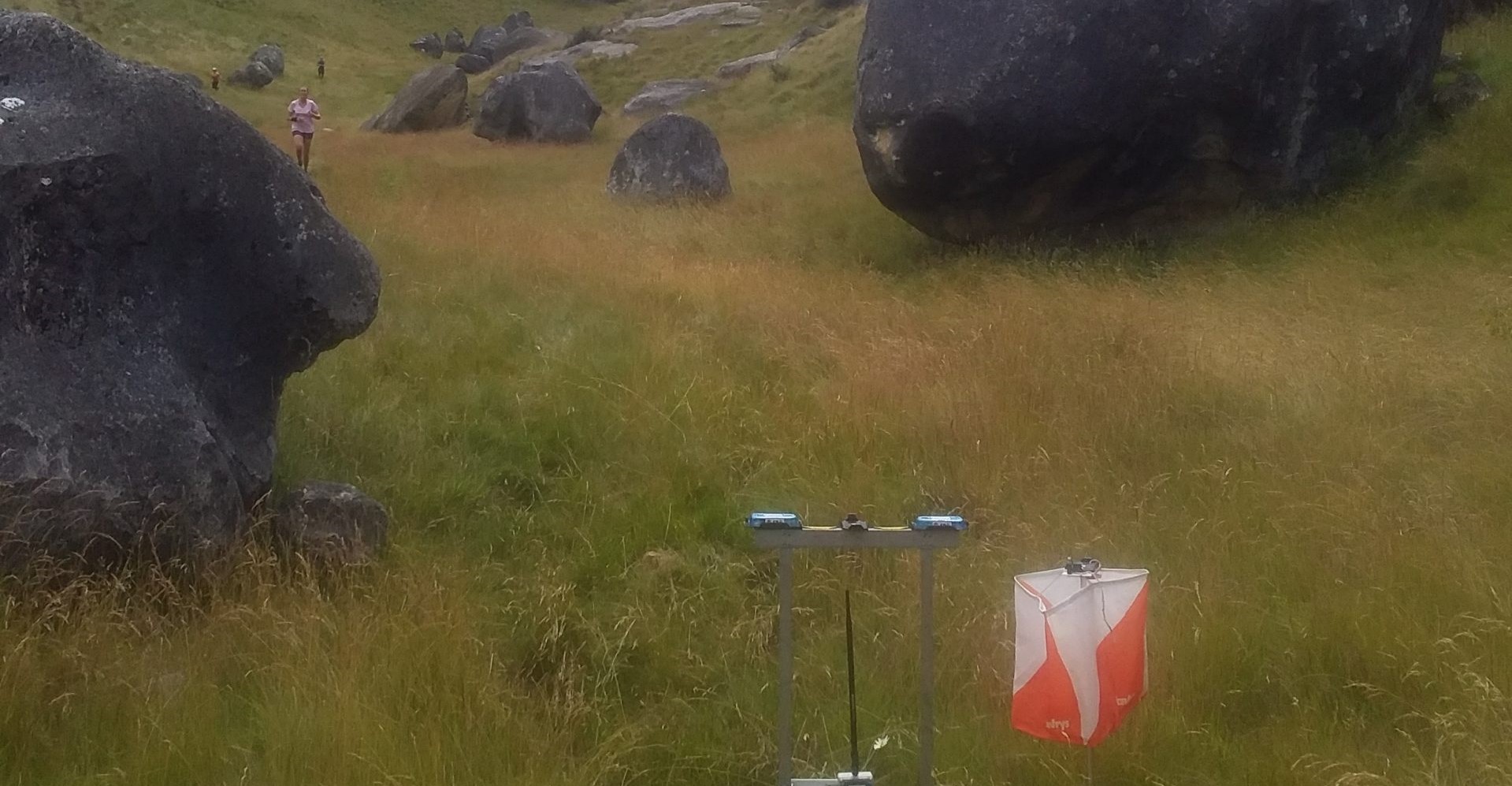 Orienteering – find your adventure: and that was just the walk to the arena at the not Oceania middle distance in the limestone rocks and cliffs of Flock Hill station.

It was a day of sufficient complexity that he/she who made the least mistakes would come out on top. In the elite classes this proved to be Joseph Lynch and Lizzie Ingham.

Joseph had a monumental battle with Matt Ogden with the lead changing several times before Joseph won by 26 seconds. Gene Beveridge was third. In contrast Lizzie was relatively untroubled, but by no means error free, in winning by nearly 8 minutes. Kaia Joeregensen was second and Imogene Scott third.

The 20E classes went to Felix Hunt and Zara Stewart.