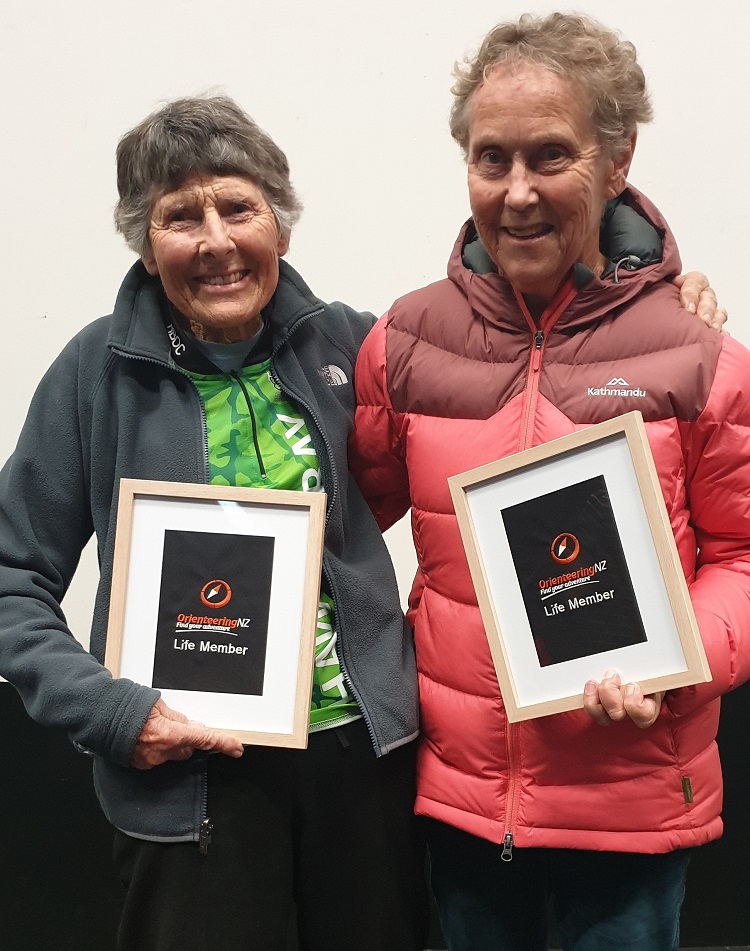 Life Membership is conferred upon a person in recognition and appreciation of their outstanding service to orienteering.

The four new life members are:

Rob has had many years involvement in orienteering, first representing NZ a a junior in 1982.  Rob has also been involved at an administrative level from early on, including planning events, organising competitions and 7 years as President of NZOF.  Rob was also heavily  involved in the planning and organising of WMOC 2000.  Rob was awarded the Services to NZ Orienteering Award in 2006.

Rob has been involved in coaching and managing in foot and MTBO World Cup and World Championship teams for many years. Rob has organised many development trips to Australia and Europe and has mentored and supported many young orienteers.  Rob was awarded MTBOer of the year in 2012, Coach of the year in 1992 and awarded the Service to NZ Orienteering Award in 2001.

Bunny has been involved in orienteering at club, regional and international level for decades, organising, coaching and competing in clubs wherever she lives.  Bunny was awarded Coach of the Year in 1993, International Performance Award in 2000 and Service to NZ Orienteering Award in 1994.