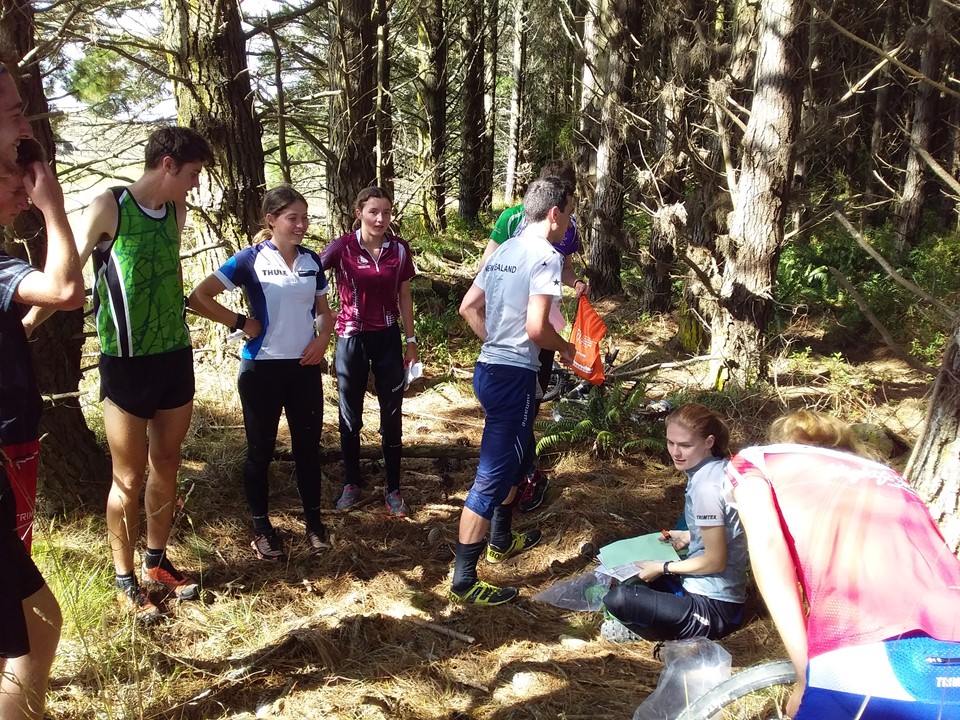 February always seems to me to be the month of the best weather and, for someone like me coming originally from the north of England, generally too warm for really serious orienteering. Nevertheless, it is the month when things (notwithstanding SOW) generally start to kick into action, thoughts start (I hope) to focus on training programmes, the ONZ Champs, trials and plans for the entire year. With that in mind I have included below the latest information I have on preparations for international events, and the start of training through a Matt Ogden inspired camp at Waitangi Weekend.

A recent surge in Covid-19 cases in the Czech Republic, one of the worst hit European nations in terms of cases per head of population, the pre-WOC Euromeeting, scheduled for the mid-March, has now been cancelled and all WOC training in the country put on hold. Bearing this in mind and with the time for decisions on attendance at JWOC and WOC approaching it is interesting to note that both IOF and High Performance Sport New Zealand have put out guidelines for managing the Covid-19 risk associated with attendance at major (for New Zealand, overseas) events. Neither of these documents makes easy reading.

The IOF document (https://orienteering.sport/wp-content/uploads/2021/02/iof-covid-19-bulletin-10-feb-2021.pdf), in the form of a powerpoint presentation, starts by laying out that each major event will have a continually updated Covid bulletin which will draw on the national health regulations and entry requirements for the host country. It then lays out the principle of having an “Event bubble”, what will be required to be allowed into the bubble, how athletes and officials mist behave whilst in the bubble and, crucially, what happens should someone show symptoms of Covid-19.

The first application of these guidelines has been on-going in the last week of February as the World Ski-O Championships have taken place in Estonia, with the local Estonian requirements published as a separate Bulletin and all athletes having to have a negative Covid test within 72 hours prior to arrival in Estonia and within 24 hours after arriving. Masks to be worn at all times except when in your own room, eating and actually training or racing.

The HP Sport NZ document covers much of the same ground but is phrased in three parts: (i) background to sports travel under Covid-19, (ii) facilitating decision making on sending teams, (iii) development of a Covid-19 management plan. Perhaps the aspect of this that most people will be unaware of is how the Health and Safety at Work Act applies to the situation. The document outlines that under the act a National Sports Organization has a responsibility to mitigate all risks “as far as is reasonably practical” and to communicate their assurance of this to HPSNZ. There also needs to be pre-booking of managed isolation for returning athletes and officials.

So, be conscious that when the ONZ Council makes decisions on teams they have had to do a lot of work. Be kind.

The first round of the NOL for 2021 takes place (Covid willing) next weekend 6/7 March and features two races, a middle distance and a long distance in Riverhead Forest. These will be the first of 15 races with the best 10 scores to count in both senior and junior elite classes.

Since the NOL re-started it has used the same points scoring system as the IOF World Cup.  The rapid fall-off in points from 100 for a win to 80 for second and 60 for third puts a high premium on winning and, as has been seen, tends to make it clear from quite early on the series who the likely winners are. As points are awarded on position rather than time it also has the effect of reducing the number of points gained by many elites in those events where a few top junior elites run up, usually sprint or middle distance races. As a result, this year the scoring system will change. Although the winner of a race will still gain 100 points, all others will get points less than 100 in the ratio of the winner’s time to their time i.e. 100 x winning time/own time. This should have the dual benefits of giving a much closer competition overall and removing the impact of some races have junior elites and elites in the same field.

Matt Ogden organized the first HP Camp of 2021 over Waitangi Weekend. This was held in the Horowhenua/Manawatu with accommodation shared between Hydrabad Holiday Park and the Ingham’s Waitarere Beach bach. Attendance was small but select and, as expected, Matt gave a thorough working out to all.

The “introductory” session on Saturday afternoon covered a mere 10.1 km at Foxton Beach, shared between the high, tough going open dunes and the adjacent flat, white forest. This was followed by two full days. The first of these used the Red Kiwis Scott’s Ferry map, immediately to the south of Parewanui (used for the ONZ Champs) – a “technique’ session in the morning involving control picking, corridors and a section of the map with many of the features removed. The afternoon was a more standard session with a series of intervals on the northern part of the area.

Sunday was not yet finished as it continued back at Waitarere, post-dinner, with a night course on Hydrabad. This was at the extreme end of technical difficulty, but fortunately used tracking so that everyone could be found (yes, even elites get lost sometimes as witnessed by the receipt of a text message asking “Why’s _________’s  tracker showing him/her back at the bach?”)!

Monday saw two exercises on Osgiliath. The morning one, on the Whirokino end of the map, used some of the control sites (still taped) for the cancelled ONZ Relay, and was intended as a series of mass start intervals. Tired legs, and the relatively thick undergrowth, perhaps proved the expectation of close racing to be a step too far. With logging restricting vehicular access to the forest, the afternoon middle distance course on the ONZ middle distance map in the north-west of Osgiliath, required a low-tide drive up the beach.

Although some attendees had to depart for work on Tuesday morning, the camp finished on that day with a couple of short exercises back on the north end of Hydrabad.

A big thank-you to Matt for doing the organizing for this kick-off to 2021.

The Tarawera Ultramarathon and the Coast to Coast both took place on the same weekend of 13-14 February and featured several orienteers.

In the 100km Tarawera race Greta Knarston was 18th overall and 5th woman in a time of 11:36:55, while in the 50km version Imogene Scott was 29th finisher and 7th woman in 4:52:58. Down south, both Scott Mcdonald and Tane Cambridge took on the Longest Day. Scott was an incredible 5th in 11:38:36, while Tane was 35th just under 2 hours behind Scott in 13:20:23. The Coast to Coast now also features a single category of just the Mingha/Deception mountain run and Scott Smith was an impressive 2nd in this in a time of 3:49:57. Well done to all (and any others I may have missed).

As reported last month there will be knock-out sprint on Easter Tuesday 6 April, the day after the ONZ Relay. This will be held on the Unitech/Carrington map. As the clocks will have gone back there will be no qualification heats only KO quarter-finals, semi-finals and final with the field limited to 36 men and 36 women. These fields will each compete in 6 quarter-final heats of 6 athletes each, with the first 3 in each heat progressing to the semi-finals. Those knocked out at the quarter-final stage will go into bowl semi-finals. The first two in each semi-final of 6 athletes go into the final with, again, the non-qualifiers going into B and C finals. Similarly, the bowl semi-finals will result in D, E and F finals.

Given that the fields are likely to be made up of 16-21s, there will be a single public race for all others. This will be held between the semi-finals and finals to encourage people to stay and watch.

Thanks are due to Auckland OC, and Alison Comer in particular, for the willingness to help put on this event.

All can be entered at entero.co.nz