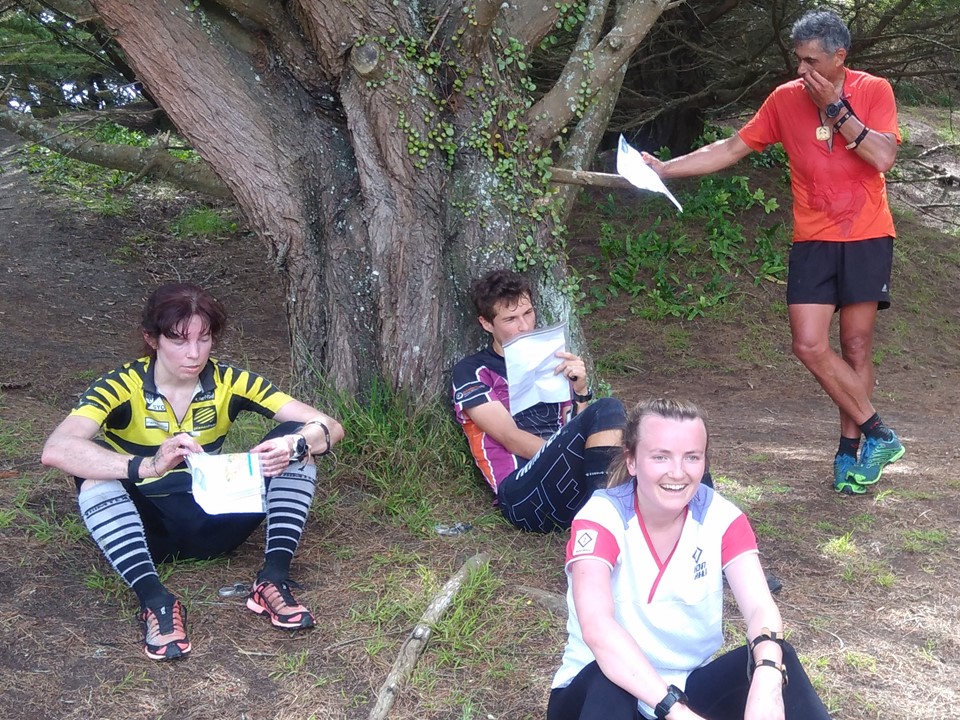 With another disrupted month, the recent Pokapu Championships have at least given us one event to report on. The main news however is the final disappearance of any chance of Australian participation at Oceania in January. Most of these events will therefore revert to being New Zealand only events and will not hold official Oceania Championship status. Hopefully there will be sufficient turn-out to justify all the hard work that PAPO have put in over the last several years. This change also means there has been necessary adjustments to various National Leagues.

With the recent announcement that the New Zealand border will not open for international travellers before April any chance of the planned Oceania Championships going ahead as a full IOF Regional Championships has finally been put to bed. However, the majority of the events will still go ahead as New Zealand only events. What will be missing is the warm-up sprint/sprint relay in Nelson and the knock-out sprint in Blenheim on 7/8 January. Of these the KO, at least, will now be held after the ONZ Championships in Nelson at Easter as part of the National Sprint League. The remaining programme still offers a highly attractive week of  orienteering and is as follows:

* It is understood that this will now be a mass start race of some form.

Entries technically close on 14 December, but check the Oceania website http://oceaniao.nz/ for updates and further information and, given the Covid induced difficulties, to help the organizers get entries in as soon as possible.

Given that the individual Oceania Championship races at elite level in Ko sprint and sprint would have conferred personal places at WOC2022 on the winners there has also had to be some reconsideration of how and when these races take place so that the opportunity is not lost for NZL and AUS athletes. The preliminary agreement between the two Federations is that these races, subject to IOF approval, will take place on the Gold Coast in late April as part of an Australian National O League weekend. However, as always with Covid, watch this space…

With the demise of an official Oceania Championships there has been some rearrangement of what is planned for the NOL and NSL. The revised plan is as follows.

As was outlined last month the institution of a separate NSL is part of a targeted development to give sustained success as international level in sprint orienteering, and it is intended that funding will be available at some level to help with travel to events. More details of this should be forth coming at the end of the year. The fact that both the Northern Championships (held over from 2021) and the ONZ Championships include events in both the NOL and the NSL should help to maximize participation in both series.

With the severe disruption to the latter part of 2021, the NOL positions after Queen’s Birthday have now been declared the final positions. With the postponement of the Northern Champs, which was to be the final round, until February 2022 this has now been included (as above) in the 2022 NOL.

So, belated congratulations to Matt Ogden, Lizzie Ingham,  Will Tidswell and Kaia Joergensen, the 2021 winners. Hopefully, the close finishes in M21E and M20E are a sign of another tight series in 2022 as we build back to international competition.

After such an on-and-off last few months the final regional championship of 2021, The Pokapu Champs took place over the last weekend in November. This consisted of a middle distance on Manga Pirau (aka Waikawa – used previously for the World Cup middle distance in January 2013 and the following year’s ONZ middle distance, but now completely remapped and updated) and a long distance on Hydrabad. Despite the inability of Aucklanders to attend there was still a solid field in the elite grades, although the delay of NCEA exams somewhat decimated the juniors.

The middle distance proved as technical and tough as expected with very few managing to avoid mistakes in the mix of close pine forest and highly complex open dunes. In M21E Gene Beveridge had a clear win but the real performance of the day came from Zefa Fa’avae, running his first M21E course and finishing in second place ahead of Carsten Joergensen and several other well-performed elites. Also noticeable was the decision of Lizzie Ingham and Imogene Scott to run in the men’s race, with Lizzie finishing 4th behind Carsten and narrowly ahead of Jamie Stewart and Karl Dravitzki. In the women’s elite Tessa Ramsden, having also won on the last day of Queen’s Birthday, produced her second consecutive win in W21E about a minute ahead of Kaia Joergensen, with Katie Cory-Wright in third. The winners in the reduced 20’s fields were Oliver Edwatds and Rachel Baker, the latter stepping up to thid level for the first time.

Sunday’s long distance on Hydrabad gave another win for Gene who led from start to finish, gradually pulling further ahead of Carsten. Zefa had another good result although the best part of 10 minutes behind Carsten for 3rd place. In W21E Immy, after problems in the previous day’s middle distance, put together a really good run to finish not quite 5 minutes ahead of Lizzie. Penny Kane, making a rare appearance, was 3rd not much further behind.

ONZ is anticipating that 2022 will see a return to the selection of full teams for both JWOC and WOC. Formal selection notices for these, calling for nominations, will be published shortly.

For those considering put themselves forward for selection, JWOC2022 is to be held in the Portuguese mountains in terrain which bears some similarity to Australian granite. This will be from 10-16 July. As noted above in the lists of NOL rounds, trials will be in the Wairarapa om 26/27 March and at the ONZ Champs in Nelson at Easter. WOC2022 is a sprint WOC. This will allow NZL 3 men and 3 women in each of the sprint and knock-out sprint and a single sprint relay team, thus a team size of 6 at minimum and an unlikely 16 at maximum! and it is anticipated that selection will be based on the NSL with particular attention to the sprint and re-arranged knock-out sprint in Nelson/Blenheim at Easter.