With four days until the start of WOC2018 on Saturday, Team NZL (or at least most of them) are now settling into accommodation 25 minutes from the event centre in SIgulda and a little further from Riga, the venue for the weekend’s sprint races. Accommodation (courtesy of AirBanB) is in an old farmhouse, Laimnieki, a few kilometres east of the little settlement of Ropazi. The house 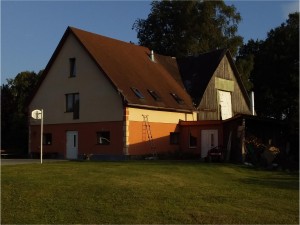 itself has 5 bedrooms, 3 bathrooms, sauna, spa bath and all the usual other amenities. Outside we have a grass volleyball court, a BBQ and acres of open space. A few hundred metres down the road is a swimming hole in the local river – already populated many times by various team members as well as being popular with the locals. The owner, who lives in the new farmhouse in front, daily brings in little offerings to our prowess – so far cucumbers, tomatoes, hundreds of plums, and honeycomb fresh from his hives! So far in occupancy are Gene, Cameron, Tim, Lizzie, Laura, Tim’s girlfriend Marlene and Malcolm as manager. Matt was training in Latvia all last week and has now gone to Sweden for a few days for a break, returning on Friday. Toby flies in from Germany tonight, and Imogene arrives on Friday after the long flight from New Zealand. The main problems so far are twofold – Gene has been suffering from a stomach bug more or less since arrival. This has resricted his training although he is still feeling strong in the terrain albeit with aftereffects. Meanwhile Cameron’s luggage is still somewhere between Prague and Riga, having attempted to come via Warsaw! Gene’s problems have prompted us to buy botteld water rather than trust the local supply. 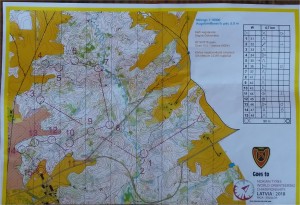 Thus far, with the heat wave sweeping Europe, temperatures have been in the low to mid-30’s making training a bit of an effort and explaining the attraction of the local river. Fortunately temperatures are expected to drop to maxima of 23 or 24 by the weekend and then to the high teens next week, with the addition of rain.The last 3 days have seen visits by various team members to Ranieki – an extensive map running both to he north and south of a university outdoor and convention centre. The area is regarded as one of the most relevant for the forest races and features surprisingly steep valleys and a great variability in runnability. Primarily the upper parts of the map are white, but attractive routes along the slopes and valley bottoms can lead into much slower terrain than indicated on the map. Spotted so far at Ranieki, amongst others, have been our friends from across the ditch. 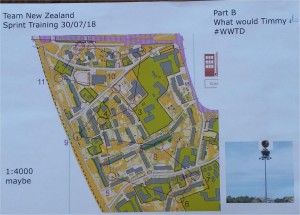 Yesterday, in between airport pick-ups for Lizzie and Laura there was a short sprint session on an area in Riga which consisted of classic old Soviet style apartments blocks and their surrounding parkland, largely overgrown and replete with crumbling walls and bumpy pavements. Names of flowers attached to the roads were somewhat incongruous to say the least. On the map, Lizzie’s imaginatively placed Kiwi on a stork’s nest pays tribute to the many storks around here, both with nests on power poles as imaged, but also cruising the newly reaped fields for grain. With the sprints foremost in mind Tim and Cameron have also visited the local track in Sigulda to do speedwork.

With kick-off approaching tomorrow will see another light forest session, probably concentrating on route choices – which will be important in the long distance, but also potentially game breaking in the middle. Thursday will see a mixture of forest (for those not doing the individual sprint) and a final sprint run-out in Cesis a little to the east of Sigulda. 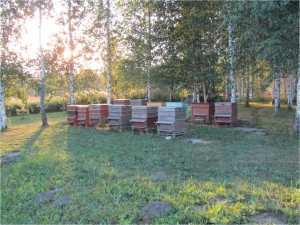 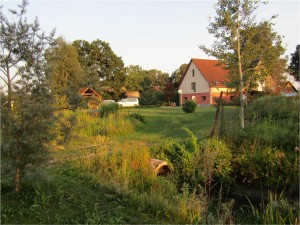 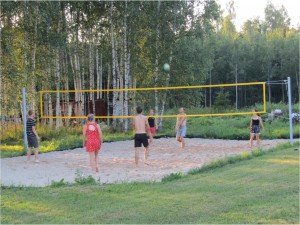