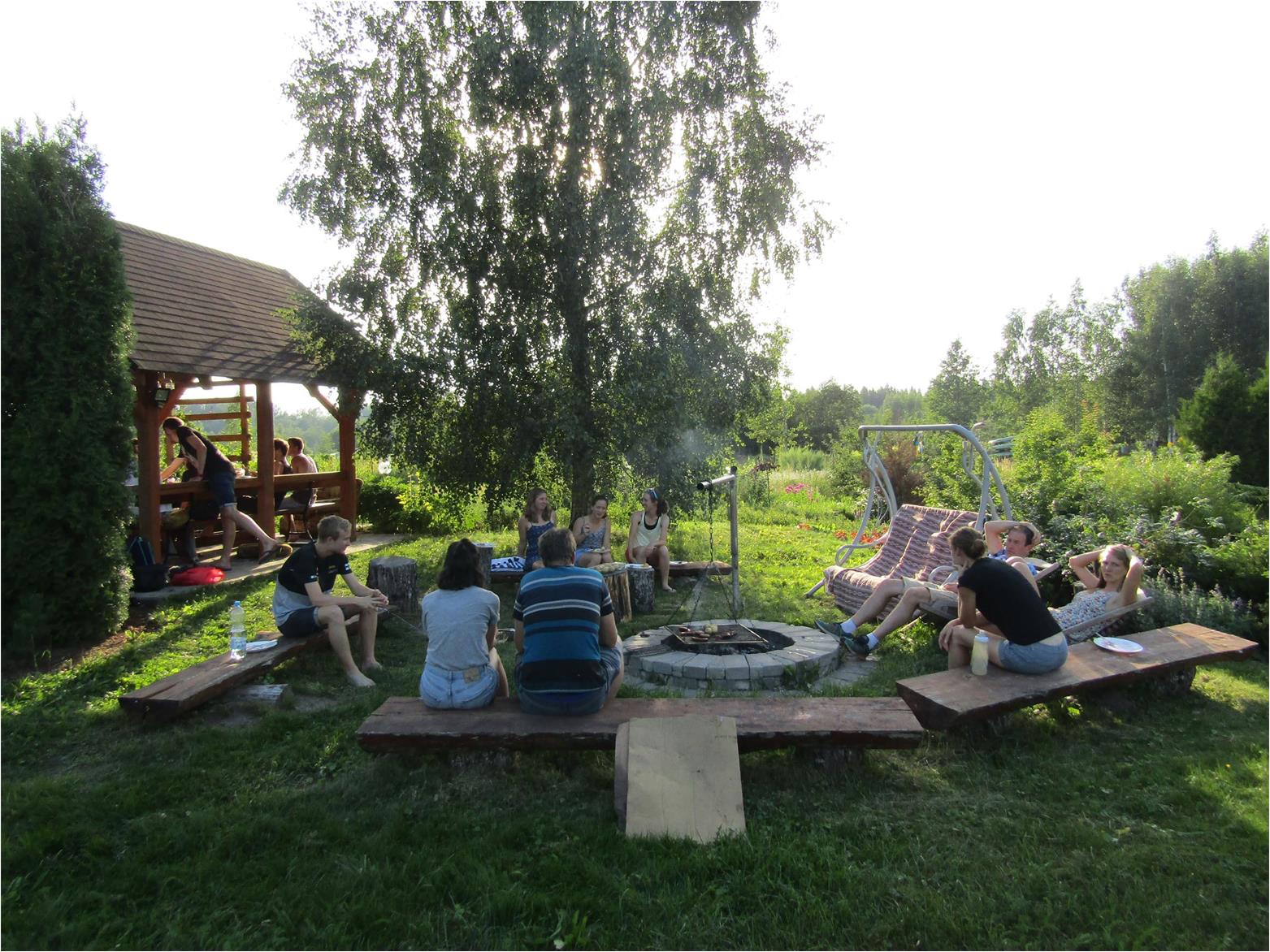 With the individual sprint set for tomorrow training has wound down over the last few days. Those involved in the sprints have concentrated on a couple of sessions in Cesis to the east of Sigulda and scene of the World Cup sprint races last year. Additionally Toby and Cameron headed into Riga this morning, both for the model event and to finally acquire some new shoes for Cameron who’s baggage is still lost somewhere between Prague and Riga, courtesy of LOT. The final team member, Imogene, should have flown in at 1750 today, again with LOT and hopefully complete with luggage, but has been delayed, casting doubt on her start in the sprint tomorrow. Lizzie, determined to be as prepared as possible for the forest, has taken in two further sessions – one at Zagarkalns featuring steep slopes (and ski slopes) on the edge of the river valley. Gene, still struggling a little to get over the bug that has affected him, joined Lizzie in this. 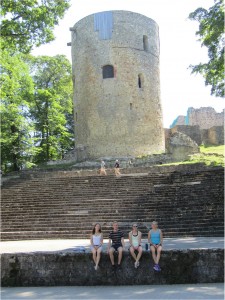 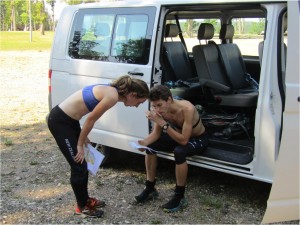 Ever welcoming to our competitors team NZL hosted our trans-Tasman neighbours for a BBQ yesterday on yet another warm sunny evening. Although we are still confining ourselves to bottled water, the Australians had no qualms about our local supply and seem to have suffered no harmful effects. However, we’ll stick to the bottled stuff at Eur 0.47 for 5 litres!Team manager Malcolm got off to a frustrating start at the first team official meeting this evening (for the individual sprint and sprint relay). Advertised in Bulletin 3 as starting at 1700 he did not notice that in Bulletin 4, which only came out yesterday, it was pushed back to 1800. Not an auspicious start, although ti did leave time for a relaxing cup of coffee with the GBR coach. Such meetings can be both informative and tedious (often both at the same time) with a short official presentation and then being open for questions. Many of these are very repetitive and often formulaic e.g.. for a sprint “How much is tarmac and how much non-tarmac?” gets the standard helpful answer “It is shown on the map.” 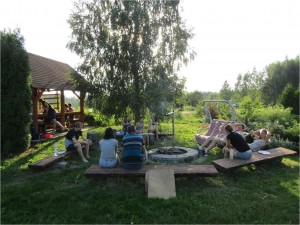 BBQ with the Aussies

Anyway, tomorrow is the off (Imogene having literally just arrived as I write this!). Start times here (9 hours behind NZ) are Laura 0906 in Women’s heat A, Imogene (should she run) 0922 (heat B), Tim (A – 10:16), Toby (B – 10:37) and Cameron (C – 10:07). The top 15 in each heat qualify for the finals which start at 1500 local time and features live TV and tracking accessed from woc2018.lv Tim of course represents our big hope, but with all the top runners here nothing can be guaranteed and the qualification races, featuring a mixture of urban and park terrain will almost certainly throw up some surprises. The final in Riga Old Town promises a lot of cobbles, no grass, narrow passages and a lot of fun. Keep watching…