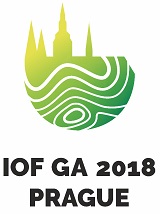 The Minutes of the XXIX IOF Ordinary General Assembly have been approved and are now published on the IOF website. Read all about the various reports, proposals and the Council elections which took place.

The General Assembly approved several amendments and changes to the IOF Statutes and the IOF Code of Ethics and updated versions of these have also been published.

The members of the International Orienteering Federation resolve to:

During the weekend in Prague the IOF Council also held 2 meetings. The minutes of the meetings have also been published here.

Note: The Minutes of the General Assembly are approved and are being circulated for signature so the uploaded file is without signatures.  The signed version will be uploaded when completed.