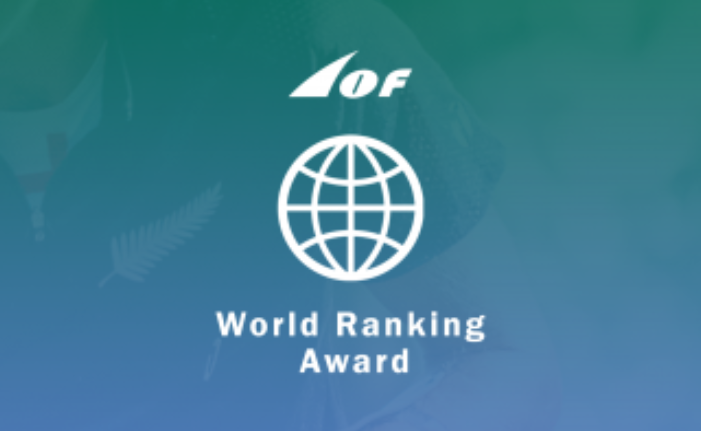 New Zealanders Tim Robertson and Lizzie Ingham have been named the first recipients of the IOF World Ranking Awards for the Oceania Region!

The World Ranking system provides a method for comparing skill levels across national boundaries through participation in a number of World Ranking Events (WREs) each year. World Ranking leaders on the 1st of December each year in each of IOF’s six Regions – Africa, Asia, Europe, Oceania, N. America and S. America – will receive special mementos to mark their success.

In 3 regions, Africa, Oceania and South America only the Foot Orienteering discipline has ranked athletes. Most successful of these are Lizzie Ingham and Tim Robertson, both from New Zealand, 2 of only 4 athletes to lead both the Middle/Long and Sprint listings. The four South American athletes are Brazilians, and in the Africa Region all four are from South Africa.