I hope everyone had an enjoyable break over Christmas and New Years and that those returning to work have been able to ease themselves back slowly.

This month’s newsletter includes an interview with Hawkes Bay’s Bunny Rathbone – our Legend of Orienteering.  There is a brief article on the Peter Snell; information on the 40th Anniversary Katoa Po event which is being hosted by Taupo; an update from ONZ Rogaine Liaison Matt Bixley; links to the 2021 Oceania Games information which has recently been circulated by hosts PAPO.  I have retained the ONZ National Council Nominations information at the end of the newsletter and I encourage applicants to express an interest in these two positions.

Since the last Compass Point the new Major Events Allocation System (PDF) has been circulated to clubs.  Those wishing to have a read can find the document on the ONZ website.

Over the same time the final discussion document for the Business Plan (PDF) has been circulated.  This document shapes ONZ”s priorities for the coming year so we encourage everyone to have a look at it.

Welcome to the first Compass Point for 2020! Like many of you, it has been a tough adjustment going from wearing Jandals and unstructured time, and getting back into work mode, so this column will be reasonably brief as we kick the year off for ONZ! There is a heap of great stuff to look forwards to this year, and from a competitor’s perspective some awesome events happening. Starting next weekend we have the Lonely Mountain Sprints hosted by Taranaki, which promises to be a lot of fun in an awesome setting – big thanks to all the people involved in organising this who may have had a less than relaxing Christmas break as a result! I’m also looking forwards to this years Katoa Po night relays hosted by Taupo, which are extra special this year as this is the 40th anniversary of the event happening – 40 years, wow! Any of you that haven’t yet attended the night relays you should make the trip, as they are a heap of fun, one of my personal highlights each year, and this year (being anniversary year) is THE year to make.

On the ONZ side there are some good things planned and we will continue to look at how we can bring value to the sport and clubs around the country. In particular the business plan, which we shared prior to Xmas, sets out some of the priorities which we heard are important for members. If you haven’t seen the plan yet, please do, and if you have feedback get it to us before the end of January. The plan is important because this is the guiding document which helps us focus on what is important for the year ahead. Our revised major events process will be implemented, so we can look forwards to more certainty about plans further out, and better means for supporting clubs hosting major events. And in terms of engagement, we will be hosting the first Presidents call, which is a chance for club presidents from around the country to connect and discuss some of the major issues that we are grappling with as a sport. An invite for the first call will go out this next week.

I promised to be brief, so that’s it from me! Enjoy the start to the New Year, and as always, do get in touch if you have anything you want to share or discuss, or have feedback that could help what ONZ does. 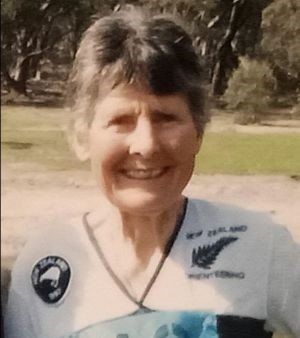 As I navigate my way around the many personalities that make Orienteering what it is, a number of people have said that I must interview Bunny Rathbone.  Their reasons centre around the way she exemplifies the ‘Kiwi can-do attitude’ and the love she has for the sport.

Talking to Bunny you quickly understand her warm personality combined with her extreme humility.  With this in mind, an interview with Bunny was never going to produce a great list of her achievements. Instead you are left with an overwhelming sense of positivity which is infectious.

Bunny competes in the 80 year Women’s category, although by her own admission she is getting very close to the 85 year age bracket!  She is a regular national representative and is now in her fifth decade of competition and shows no signs of stopping any time soon.

Orienteering entered Bonny’s life in the 1980s when she and a family friend staying with them at the time undertook to try the sport in Dunedin where she lived.  On the day of the event it snowed but just as the local club turned out to host the event regardless of the weather, Bunny turned up to take part equally undeterred.  Despite her baptism by… well snow, Bunny said “By the time I had got around the course I was hooked”.

Before orienteering, her family all played tennis.  For Bunny tennis had to step aside in the 1990s as her increased interest in orienteering meant that there was no longer time for another sport.

Having grown up on a farm with a Mum and Dad who were heavily involved in the social side of the community, Bunny credits her parents with providing a model of how people should treat and support each other.  This influence also provided Bunny with her ‘can-do’ attitude which she carries to this day.

When asked about the things that motivate her to continue orienteering, Bunny has a seemingly endless list of positives ranging from the challenge, to being active, to travel, to enjoying being in the outdoors – whether in farmland or in forest.

Orienteering has taken Bunny all over New Zealand and overseas on numerous occasions. She has competed in North America, Europe, Great Britain and every state of Australia except the Northern Territory.  With a daughter living in France, overseas trips to Europe also have the added incentive of providing an opportunity to see family.

Asked what her greatest achievement in Orienteering was, she replied “Being able to be selected for a New Zealand team has been my greatest satisfaction”.

Bunny’s advice for budding orienteers is simple: “The best way to improve is to train with people with strengths that you wish to develop. This can be as simple as buddying up with other club members” 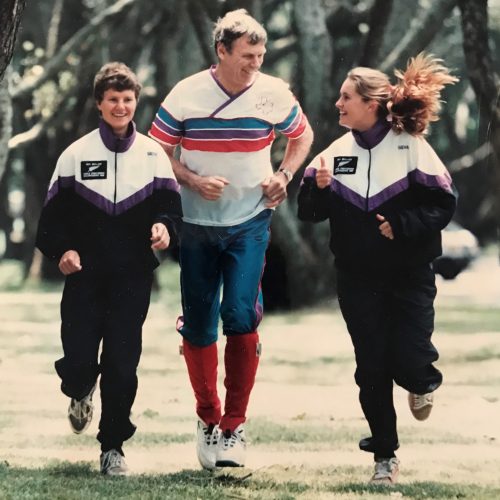 On 12th December, Peter Snell, arguably New Zealand’s greatest ever Olympian passed away in Dallas, Texas at the age of eighty.  Internationally Peter was known for his triumphs in middle distance running, particularly his Olympic Gold Medals: 800m in 1960 at Romeand 800m & 1500m in Tokyo in 1964.

Snell first competed in Orienteering in Auckland’s Woodhill Forrest.  He was introduced to Orienteering by Englishman Gordon Pirie but initially found his inability to navigate around courses frustrating.  Despite these early frustrations, Snell returned to Orienteering in his early fifties.  Even though Snell embraced the sport later in life, he enjoyed a measure of success winning age-group titles in the United States where he lived.  He returned to New Zealand on occasion and took part in events at Woodhill Forrest and in Taupo.  He also competed at a number of World Masters Games. 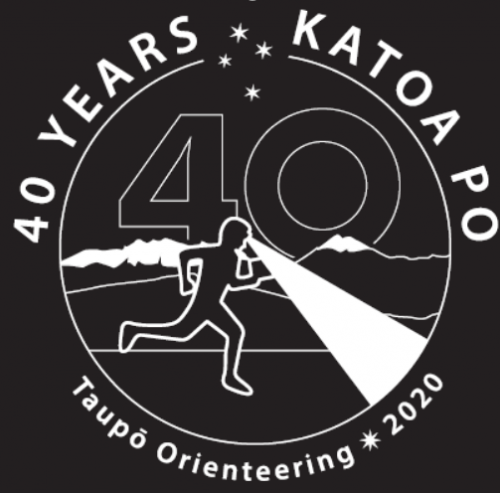 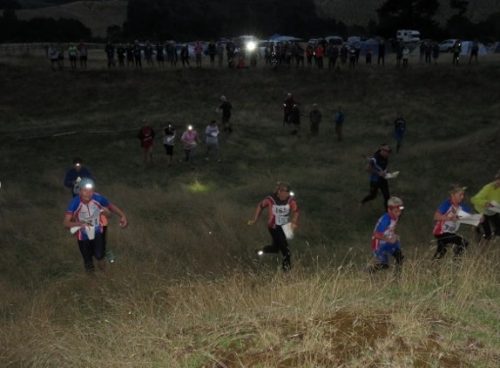 This year is special as it will have been 40 years since the first ever Katoa Po night relay was conceived and run.  To honour the occasion hosts Taupo have decided to make it the event a little special with the return of the event’s founder.

Graham Teahan founded the event and he was also was the planner for the first relay.  40 years on and he has volunteered  comeback as planner for this milestone event. We will await with interest what he will have in store!

The event has a full programme planned starting with a “reminiscing “ dinner with some memorabilia planned for Friday evening.

On Saturday afternoon a short nostalgia warm-up event will take place on a new map; Rangatira Tomos using clipcards and draw your own course ( just like the “old” days).
The relay will start at dusk not far away from the warm-up event. A final mini-rogaine on Sunday morning will complete the weekend’s Orienteering activities.

For those who planned and organised the various Katoa Po events – particularly the earlier ones, Taupo have tried to contact all those who were involved but quite likely will have missed somebody. If you were involved and haven’t been contacted please let them know at: [email protected]

It would be great if to have at least one team from all North Island clubs (at least) to provide a really competitive relay event.

Further information is at http://taupoorienteering.nz/kp-home.html 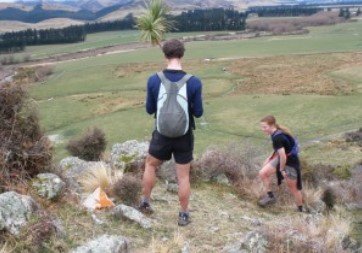 Taranaki and Dunedin have series coming up in the next month or two followed by a series in Auckland from April onward. The Taranaki Secondary Schools champs are on March 4th and this has traditionally been one of the largest rogaines in the country and by almost definitely the largest youth rogaine in the world!

Dunedin OC have added a Rogaine to the South Island Secondary School Orienteering Championships to the long weekend of events. By including Rogaine they have been able to remove some of the travel expenses while having a wider audience are present at one time.

A heads up for those wanting a winter break. The 2020 World Rogaine Championship are being held in Lake Tahoe on August 1st and 2nd. This comes at the end of 10 days Orienteering that encompasses the North American Orienteering Championships https://cal-o-fest.com/
Enjoy your summer finding things 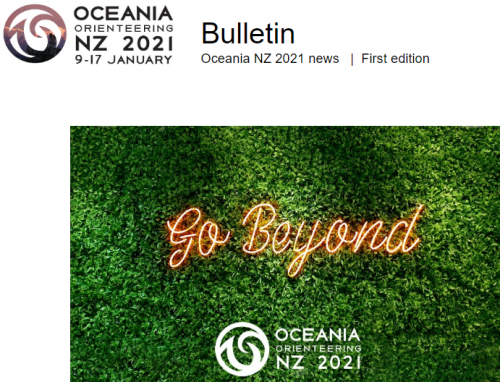 Peninsula and Plains Orienteering Club has just released their first information bulletin for the 2021 Oceania event.

The 2020 ONZ Annual General Meeting will see the retirement Jane Harding and Lynn McBain as part of ONZ’s constitutional rotation policy. This means that there will be two vacancies needing filling on the National Council this year.

Applications for these positions will open shorty.  Applications forms will be downloadable from the ONZ website in the next couple of days.  Below is the time frame and process for appointing new Council Members:

Applicants information forwarded to Clubs and posted on the ONZ website