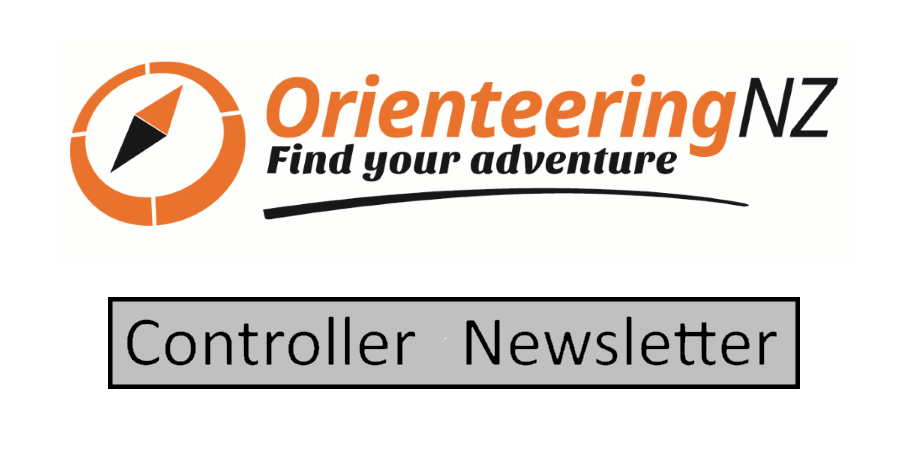 Welcome to the first issue of what I hope will be a regular newsletter keeping you all informed about changes and advancements in the world of orienteering.

Hopefully you will be aware of the newly revamped Technical Committee (TC) – convened by me (Marquita Gelderman, NWOC) with Russell Higham (RKOC), Dwayne Smith (DOC), Alister Metherall (PAPO) and Martin Peat (PAPO) as committee members. There is a dedicated email address you can use to contact us onz-technical-committee@orienteering.org.nz so any questions, suggestions, complaints, bouquets, send them through. We are having regular monthly meetings via video-conference so any matters will be dealt with promptly.

The committee has been busy with several projects over the last few months and have many more in the pipeline. Here’s a summary of what we’ve managed to complete so far:

ONZ events Liaison or the GM are the principal point of contact between ONZ and School Sport NZ. This is so that agreements and processes between us are consistently carried out. Importantly, ONZ makes it easy for clubs to comply with the bureaucratic requirements of SSNZ through Events Liaison.
SSNZ’s main concern is H&S, and consistency between codes with regard to gender, and age classification of competitors.  To this end, special secondary school rules have been developed by the Junior Development Committee.

While the ONZ Rules still apply, there are a few differences where the NZSSOC Rules trump them. There are specific eligibility rules which apply. Classes are based on year level at school rather than purely on age, although there are maximum ages for each class. Jury Selection guidelines have been relaxed slightly in recognition that it may be difficult to convene a Jury strictly according to the ONZ Rules on a weekday event with a limited subset of experienced orienteers in attendance.

There is also an explanation of Difficulty Levels in Appendix 2, and a suggested text available in Appendix 3 with Information for Team Managers. It is strongly recommended that these are included in all pre-event information sent to Schools so that teachers who may be unfamiliar with Orienteering don’t put all their novices into the Championship classes, resulting in tears and search parties in the dark.

Many thanks to the Junior Development Committee (JDC) for their help in drafting and reviewing these rules.

After much pondering and discussion, the TC has settled on a format for the National Relay Competition. This is basically similar to that used for the last 2 years by Auckland and PAPO and will be published in the updated ONZ Rules (which is imminent!). We came to the conclusion that it is impossible to cater for every club’s unique circumstances and that it is better to suit the majority rather than bend over backwards to include every possible combination or permutation. For the minority who don’t fit into one of the main categories, there is an Open Class with any age/gender/club permitted.

The criteria used to determine eligibility for relay legs is as follows:

With the increasing use of SI-Air it became apparent that some sort of policy was required to govern its use. The TC have now introduced a policy which is effective from 1st April 2020 and will also become part of the reviewed ONZ Rules. Here is the policy:

The ONZ Mapping Committee have been doing some great work deciphering and summarising the many changes in mapping specifications. Many thanks to Michael Wood for providing the following material for controllers.

The rules say that one of your responsibilities is to check that the map conforms to the standards.

We recall that clinics regularly say that you must “be the competitors’ representative” and this adds a common-sense dimension to what might be seen as just the size of the dots and the spacing between lines. Does the map describe the terrain to the runner, before he or she gets there? And is it legible?

The standards have changed recently. We have communicated with mappers but we want to ensure that controllers are up to date with the changes and ways of checking compliance. And under your responsibility to competitors we talk about some areas where strict adherence to the specs can leave competitors still unable to get information from the map.

(I first wrote “blind adherence to the specs” and that sums it up nicely. A common-sense approach is called for.)

What’s in the specs?

General principles of mapping; colours; scales (for elite competition); and enlargement principles where allowed. Then there are symbol-by-symbol details from sizes of dots to the thickness of lines, and minimum separations. They are written for mappers and we don’t think controllers need detailed knowledge of them.

Mappers can also take a set of symbols and colours from an existing map (which may have useful additions) but this in turn may have started from a previous map and so on. There are symbol sets which go back to the days when Mark Roberts was in NZ.

Or – very likely at smaller events – the map may have been in existence for a long time, starting life before the latest specification. Updating symbols is one of those jobs that has little obvious return, so is not high on a club’s priorities.

Bottom line – there are no guarantees about symbols. Ask the mapper where the symbols came from and whether any tweaks have been made😊

For long, middle and relay foot-orienteering, the specification is called ISOM. The current version is ISOM2017-2. This came into effect on 1 Jan 2018. Minor changes were made in late 2019. The important thing to ask is, does the map conform to ISOM 2017.

Aside from the mapper’s claims, look for these changes (NB not a complete list)

More information about ISOM2017 is in the Mapping section of the ONZ website. Look for

For Sprint Orienteering, the specification used to be called ISSOM which is only one “S” away from the above, so now it’s called ISSprOM. The current version is ISSprOM2019. This came into effect on 1 Jan 2020.

The changes weren’t as many as for ISOM. But aside from the mapper’s claims, look for (not a complete list):

More information about ISSprOM is in the Mapping Section of the ONZ website. Look for

For MTBO we are still on IOF’s first version of a specification, called ISMTBOM. There are a number of departures which NZ felt it needed, and ONZ has published “NZ MTBO Mapping Conventions” to list these. The most significant is that we try and allow off-track riding where we can (via certain colours) in order to remove the need to police compliance.

Look further down in the Mapping part of the Resources to find these.

NZ has run only a small number of Ski-O events. We wouldn’t be concerned about strict compliance with this spec, but there is one – its called ISSkiOM2019. There was an earlier edition.

OCAD has a feature to compare symbol dimensions. To use this you need a reference file (may be empty) which you know complies. For a very important event you could call on this to be used.

An aspect which the latest spec is strong on, is minimum lengths and areas of objects on the map, and minimum separations. The latest OCAD has a feature for checking these. It is new and throws up many “violations” which one might regard as innocuous. But be aware of it, for a very important event you could call on this to be used.

These specs do their best to assure quality, but a number of things happen between the drawing software and the printed page.

Any change (equipment, software version etc) in the above can affect the result. There is only one valid test – going right through and inspecting the result. Using exactly the same process that will be done for competitors.

We don’t think you need to be a deep expert in mapping, any more than you need to know the software for SPORTident. We believe that your responsibilities to competitors in national events may be achieved by

That’s a sort of “system” overview. There are many other things that you have to check to ensure an error-free event – it’s not the Mapping Committee’s job to talk about doglegs, controls too close together, appropriate difficulty and such things.

What’s more, there are aspects where strict adherence to the specifications is not the full story, and you have to apply judgement and common sense. We refer again to your role as “the competitors’ representative”.

More to come in the next issue.