View from the Chair –

First communication of the “new” year from me – so apt that I wish you all the best and hope that you’ve enjoyed your various activities through the Xmas period and summer season.

I briefly managed to catch up with a few people at Southern O Week at St Arnaud. As expected, the courses were always going to be very challenging and certainly caught out quite a few including myself who despite relocating several times, never managed to find the first control. I did manage to jump in half way round and complete the second half – never too old to learn!. Thanks to Nick Smith, PAPO and Nelson OC and all the volunteers for organising a great weekend. I understand that having been associated with Southern O Week for the past years, Nick is to take a well earned rest. Thanks for all your past endeavours Nick and hope you enjoy normal life again?

Whilst it is a relatively quiet time for our sport, ONZ is busily preparing for the AGM which means finalising last year’s financials, chasing up outstanding membership and levies, and seeking reports from the various convenors of committees to include within an ever bulging Annual Report.

At our final Council Meeting of 2017, the emphasis was on strengthening ties within the Oceania Region. We reviewed terms of reference for an Oceania Working Group and also proposed rules governing Oceania Youth and Junior Orienteering Championships.

The end of January saw the deadline for nominations for Council vacancies. With two Council members retiring and one existing vacancy, it meant that there were three positions to fill. I’m delighted that we received three nominations from the membership (news of which is given elsewhere) and welcome them to the fold.

It is rewarding to see new faces on Council and I see this as a realization that sitting on Council is all about governance, strengthening and growing our sport and that the task is not onerous but fun and interesting. Remember that each year two Council members are required to stand down and of course can reapply subject to not exceeding three terms on Council. I’m next on the agenda – so lots of opportunity for interested parties to step up!

A word of thanks to Alister Metherell and Tommy Hayes for devoting their time and energy to the development of orienteering. Special praise to Alister for his significant contribution not only to ONZ and PAPO but also to many South Island Clubs.

So finally we turn to Nationals and I hope many of you will be eager to run on maps used for the World Masters Games. The AGM is also earmarked for Nationals weekend – so please make the effort to attend and ensure someone from your club is represented.

3 vacancies for Council Members were advertised in late November with applications closing on 31 January 2018.

3 applications were received for the 3 positions so in accordance with the Orienteering NZ constitution the following members appointment to the ONZ Council for 3 years is confirmed. We welcome Magnus Bengtsson, Lynn McBain and Jenni Adams.

Thank you to retiring members Alister Metherell and Tommy Hayes for their time and contributions to the Council discussions and decisions during their respective terms.

ONZ is looking for a pre-JWOC Coach to work with those orienteers wishing to trial for JWOC and those selected to better prepare for the event.

JWOC Coach will travel with the team to Hungary in July continuing with training onsite and during JWOC.

For more information click here
Applications are still open until coach(es) are appointed.

For upcoming events check out the Orienteering NZ website 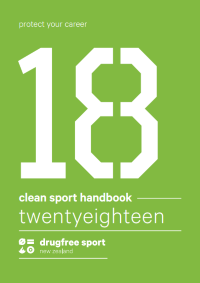 Athletes at the Under 23 Development Camp in early December were treated to a presentation from Drugfree Sport New Zealand (DFSNZ) on the issue of doping in sport. Given that most were previously unaware of much of what was presented, and the fact that it applied not just to elite athletes but to all of us, it is perhaps timely as we embark on new year to comment on some of the key points.

We are arranging a Controllers clinic to be run by IOF Controller Marquita Gelderman on the 3-4 March 2018 at Huapai District School and the nearby Riverhead forest.

There will be a small cost of $20.00 to cover venue hire etc, which will be payable to your club.

The clinic details will be updated on the ONZ website; Orienteering NZ Events

Services to NZ Orienteering
Our premier service award honouring an individual who has contributed in a most deserving manner to the development of orienteering in NZ.

International Performance
For achievement by an individual or team in international competition in year preceding.

Kapiti HAVOC Trophy
For international performance in year proceeding by a junior.

Coach of the Year
For outstanding contribution in coaching during year proceeding by an individual.

Mountain Bike Orienteer of the Year
For meritorious performance by an individual or team in mountain bike orienteering during year preceding.

Rogainer of the Year
For meritorious performance by an individual or team in rogaining during year preceding.

Administrator of the Year
For outstanding contribution in administration for either a club, ONZ or a special project during year proceeding by an individual.

Parks Week 10-18 March 2018 – An opportunity to promote orienteering to a wider audience.

Parks Week 2017 was a huge success with hundreds of organisations across Australia and New Zealand holding events to celebrate the vital role parks play in creating liveable cities and thriving communities. the week saw Councils and other organisations on both sides of the Tasman running engaging events to raise awareness on the value of parks and open spaces, and to get people out of their living rooms and enjoying the outdoors.
This year NZ Recreation Association want to make Parks Week even bigger and spread the word:

In 2014 ONZ introduced a new policy manual covering all aspects of orienteering business. These policies were developed in consultation with members. Each policy has a review date. While some of these dates have passed, ONZ is now commencing an ongoing rolling review process of policies to ensure they are accurate, current and represent best practice while achieving the outcomes originally intended.

Because this process is going to be ongoing, ONZ is now providing notice to all clubs if they have any feedback, suggestions or comments on policies being reviewed, to please forward them to the General Manager in a timely manner.

This list will be regularly updated so please ensure you continue to check out what is being reviewed.

At the General Assembly in Italy in 2014, the IOF Statutes were changed and the term length for Council members was increased from 2 to 4 years. A rotation system was introduced at the same time which means that 5 Council members terms are ending in connection with the 2018 General Assembly, and elections will be held for these Council positions.

Orienteering NZ will have a chance to nominate candidate for positions no later than 5 June 2018.

If you are interested in being nominated by Orienteering NZ for an IOF Council position, please contact Catriona to discuss your interest. Email gm@orienteering.org.nz as soon as possible. 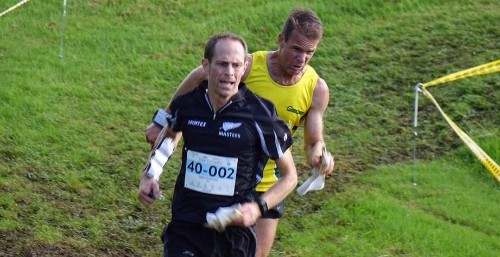 We are wanting good looking images that reflects orienteering in NZ to update our website. We know lots of you do take photos of events etc and we’d love to use your photos on our website.

If you have any images you are willing to share please send them to webmaster@orienteering.org.nz