Hopefully everyone has managed to get their breath back after what can only be described as a wonderful spectacle of orienteering over the Easter period.

Much will be said about the series of events which included Oceania, Middle Earth and the World Masters Orienteering Championship. Heaps of praise has already been lashed upon the organisers from officials and competitors alike but all agree it has showcased NZ and orienteering in particular. So on behalf of ONZ, let me thank planners, controllers, the OOC but especially the army of “green volunteers” at AWMG who provided the face of our sport on a daily basis during the World Masters and made such a lasting impression on our visitors.

I did get the opportunity to meet with visiting officials and most notably IOF Vice President Mike Dowling. Our discussions centred upon the ability of Australia or NZ to host a major event given the new WOC regime and also the significant cost of hosting such events. The best opportunity for NZ probably lies with JWOC or WMTBO Champs and we will examine if we have the capability to take such commitments on.

I also caught up with Blair Trewin the Orienteering Australia President. We both agreed on the need to work together more closely and co-operate where competition and training can be of mutual benefit. We have agreed to formally catch up quarterly with the first session earmarked for last week of May.

Meanwhile on planet earth we are back to our normal business and at our Council Meeting in early May we discussed opportunities for sponsorship and also how we could make the Kapiti HAVOC fund work better for all. Sponsorship is also a target for Council but we recognise that we should not jump feet first into some deal which will have no long term benefit for ONZ and its elite teams.

Therefore we have agreed to seek further advice for a market sports specialist. Also on our May agenda was anti-match fixing and sports betting legislation which we need to encompass within a policy. We have made a start but have some way to go.

For more events check out the Orienteering NZ website

Congratulations to the following recipients who were confirmed for the 2016 Awards at the AGM in April.  The presentation of the awards will take place at the National Championships at Labour Weekend. 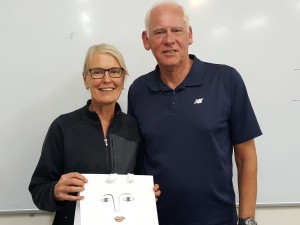 Coach of the Year

Mountain Bike Orienteer of the Year

Administrator of the Year

What an experience for everyone involved.

Thanks must go to all the volunteers who gave their time, energy and smiles to the events.  At AWMG the “Green Shirts” and Oceania’s “Blue tops” were readily recognised by everyone and were a credit to Orienteering in NZ. 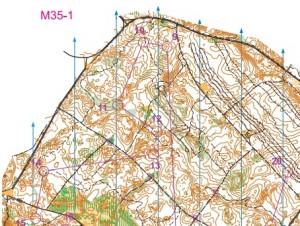 “For IOF events between 1 May and 31 December 2017, both ISOM 2000 and ISOM 2017 could be accepted, but which map standard is used at the event must be clearly stated in the Bulletin(s) for the event. For all events after 1 January 2018, ISOM 2017 should be used unless there are contractual limitations which would prevent this.”

The Mapping Committee agrees with these timings and agree we need to implement them in NZ at the same time as we believe it is important that our runners become accustomed to the new specification.

With the selection of the WOC and JWOC teams there are new additions to the National Squads as selection in these teams is one of the criteria for squad membership.

Congratulations therefore to Callum Herries and Jenna Tidswell who have been added to the U23 Squad. The squads now look as follows.

With top 3 and top 5 finishes in Oceania also counting for Senior and Under 23 Squad membership respectively there are likely to be other additions in October after the ONZ Championships.