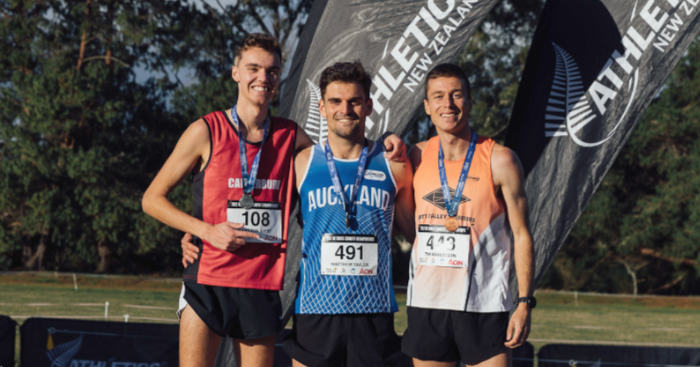 Tim is only in NZ for a couple of weeks after running the World Orienteering Champs in June and claiming gold in the Sprint orienteering event at the The World Games a few weeks ago. Fast running is an essential part of orienteering training, especially for the sprint and knock out sprint events. But what Tim has shown is that having constant international competition with dedicated high quality training has made him a world class athlete.

Tim has trained specifically for sprint and knock-out sprint orienteering with races typically between about 8 and 15 minutes in duration. Running speed is essential but is only half of the equation, as it goes hand-in-hand with map reading accuracy and strategic decisions on route choice. It is a specialist combination requiring two sets of skills.

What Tim has shown is that if you train consistently and with perseverance you will see results. Cameron de Lîle noted that before WOC in 2018 Tim had completed 100 sprints in 70 days, so more than one sprint a day. And being based in Sweden Tim will have orienteering training and coaches available to him on a weekly basis to analyse navigation techniques. Sweden has complex forest terrain everywhere, with hundreds of orienteering-specific maps and lots of local events with strong competition.

But this weekend Tim Roberston was running with a cream crop of pure running athletes in the Cross Country Champs. It was a solid pack of runners at the front who are all capable of running under 14 minutes for 5km runs. Ronan Lee, was another orienteer who ran well this weekend. Ronan, with a recent win in the mens Auckland Champs was there to test himself, and did well, finally placing 6th in the national champs. The course in Taupo’s Spa Park may have suited orienteers as it was hilly but not muddy due to the pumice base, so speed and pace could be retained, but it was still stiff competition to keep pace with.

So in orienteering and looking at our recent WOC and JWOC results how do we compare to overseas? Outside the top few, it looks as though our sprinters are approximately around 2-3 minutes behind the top level in sprint orienteering. So how do we put in place training programmes to increase speed, and see it as a necessary and useful part of orienteering training?

Working out the speed that orienteers require to achieve in sprints is a work in progress. Our high performance manager Malcolm Ingham will look at the km rates in the various sprints e.g. What the km rates are for the top 3 finishers in the WOC/JWOC/World Cup  or what you need simply to qualify for a final. Then Malcolm will work out the equivalent 3000m time. Using the times that say Tim and Penelope Salmon run 3000m track should allow these times to be calibrated. It will give a guide to where our up-and-coming athletes need to be to reach a top performance level.

Some nations do in fact have set times that athletes need to be able to run at 3000/5000m before they can be selected for a WOC sprint. Although there is no plan to introduce this in New Zealand, more regular anaerobic running certainly needs to be recommended as part of orienteering training. This will require dedication and, almost certainly, organised track sessions, probably on a regional basis.

Joseph Lynch is another orienteer who had a background in athletics before turning to orienteering. He says “ if you can’t get above base level speed you are limiting your potential’, and he mentions that “cross country races can improve orienteering as it pushes you hard for so long”. Joseph recommends trying to find others to train with, or another training partner.  it will help do the hard runs and push yourself, and that “cross country relays are fun as well”.