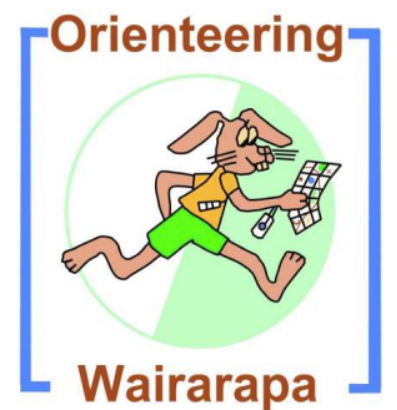 History:
In 1982, three Teahan brothers Graham, Bryan and Bill got together and decided to start a new orienteering club. Although the Wairarapa Orienteering Club is one of the smallest orienteering clubs in New Zealand, the club has organised many major events and its past and present members have enjoyed a degree of national and international success.

A promotional event was held early in1982 on Mount Holdsworth Rd in an area now called Rivenrock Mountain Bike Park to gauge interest in creating a club. The inaugural event was held at Matahiwi (March 1982) and consisted of a black and white map with 30 metre contours, which believe it or not was surprisingly
detailed and easy to read. This area has now been included in a new map which will be
used for the Wellington Champs this year. That first event attracted about 20 people, but a few turned out to be stalwarts of the club over the next few years.

Wayne Cretney was one of the first to go out on a course and was immediately hooked. He ended up doing all 3 courses that day. A few months later at a club meeting he suggested that he’d like to ‘do a map”. Understandably, we were a bit dubious. However, he was enthusiastic, and we left him to it. Within another few months without any help, he had:

1. Obtained a basemap with 20m contours and did all the fieldwork including drawing intermediate contours down to 10m.
2. Drawn the map, and then printed it in 5 colours on his own offset printer. (This was before laser printing)
3. Set and vetted the courses. And he organized the publicity for the event as well!

Some of the others who turned up at that first event and became club stalwarts were Ron Brown, Margaret McLachlan (with her sister Shirley), and Brent and Raymond Ferris. Brent Ferris was the equipment officer for the first few years, and Ron Brown was the driving force behind the club holding the Tararua Mountain Marathon. Margaret Mclachlan was roped into becoming the secretary and is now married to (Patrick) one of the brothers of the three who started the club (there are 8 sons and 3 daughters, 2 sons-in- law and 6 daughters-in law (so far) in the family).

Key club events: The combination of MapRun and regular easy to organise events has attracted new members to the club

Members: The club currently has almost doubled in size in the last

few years with 32 members after a period of many years of 15-19 members. Membership stats over the years are all in the 40th celebration document.

Special club members:  Many in the club, but a special mention to  Wayne Cretney and also those that have served for ONZ, and have received awards for Services to Orienteering.

What events do members like, and what do they come back for? Currently the new members like the Rogaine mid-week events on Masterton streets and parks. The older members like the larger ONZ major events and many have won medals and trophies at NZ champs and competed for NZ.

Club event highlights: The first event ever was in March 1982 and the Wairarapa Club 40th Birthday party is 30 October 2022.