Plenty to shout about this month. Pride of place goes to our Kiwi Rogainers Chris Forne and Greig Hamilton who placed first in the World Rogaine Champs at Ross River, Australia. Kiwis produced some strong results with seven participants within the first ten teams. PAPO dominance was further reflected with Georgia Whitla and Lara Prince first home in the women’s race and 12th overall.

Early in the month the focus was on JWOC in Switzerland where I (and I’m sure others) followed events and news of individuals performances through a very informative website. It was great to be able to view the outstanding scenery and areas used for the events and also the maps which looked very challenging. It was also rewarding to see positive performances from our young athletes especially the boys with Shamus Morrison and Tommy Hayes providing outstanding results in the Middle and Sprint respectively and also setting up the boys team for a strong result in the Relay. The most rewarding aspect was to view the overall points table and see NZ ahead of Great Britain and also Australia.

Third week of the month saw the NZSS Champs in the Waikato. Whilst Queens Birthday was the main trial governing the selection of the NZSS Schools Team to take on the various Australian State Schools teams in rural Queensland and the Gold Coast, the NZSS Champs provided a last chance to make an impression on the selectors. Feedback was that it was a great event and well organised – thanks to Waikato and helpers who must have been delighted at the 400+ participation. Congratulations are due to those selected to represent NZSS at both junior and senior level.

The ONZ Board have been busy reviewing and updating various policies including G1 – Selection Policy and G6 – International Team Funding. Feedback received from members, previous team managers and our elites was very helpful and has been taken on board and reflected in an amended G6 policy. This together with G1 will be sent out to clubs for consultation and uploaded to our website enabling anybody to comment. Other policies under review include the mass of policies contained with the Miscellaneous Policies and Bylaws which appears to have been used as a dumping ground and a policy defining how the Executive Committee should function, manage and operate.

On the international front, moves are afoot to expand Oceania orienteering horizons beyond just Aus and NZ and form a Regional Working Group to develop initiatives. Another paper which has sought our comments surrounds the desire to establish Oceania Youth Championships.

August sees our elites in action at the World Champs in Sweden where we wish them good luck and also best wishes to ONZ Manager, Catriona McBean who has a wonderful experience to look forward to as a volunteer at the Rio Olympics (we’ll save you all the nasty jobs for your return!).

The deadline for JDC member applications has been extended so we can get a suitable candidate.

The Junior Development Committee is grateful for the detailed and thoughtful responses provided by the orienteering community on the schools grades document.

The committee noted many factors in the responses including:

The following grades system for North and South Island and New Zealand Secondary School Champs is recommended by the Committee:

Feedback on the proposed changes closes on 31 August 2016.  Feedback to be sent to gm@orienteering.org.nz

With JWOC just behind us and the excitement of the excellent performances by Tommy Hayes, Shamus Morrison and Ed Cory-Wright, I have been taking a wider look at how we have been performing at JWOC over the last several years. It raises some interesting issues. Shown below are three tables. The first two show the number of times over the years 2011-2016 that our athletes have finished in each quartile of the field (i.e. top 25%, 25-50%, 50-75% and last 25%) in the sprint and long distance races. The third shows by year the number of qualifiers we have had for the A final in the middle distance.

The numbers lead to an obvious suggestion – relative to the men, our women at JWOC are significantly underperforming. The future health of our standing at WOC, where quotas of runners are now the norm, suggests that it is important that we find the reasons for this and think about how we address them.
It can be argued that for a number of years we have had quite young women’s teams at JWOC, but that seems to provide only a partial answer. When individual performances are tracked for those athletes who have been to several JWOC’s, it shows that men who started in the 3rd or 4th quartile have generally improved into the top half or even quarter (including medals) of the field at subsequent JWOCs. The same is not true for the women.

This is an issue that High Performance and the Junior Development Committee will be discussing in association with coaches and other interested parties. Are our junior women stuck in a comfort zone that does not prepare them for international competition? Should we be providing targeted training camps for them? Do we need female senior role models here in New Zealand? Should we be providing our junior women with more intensive competition against the seniors? Should we, as many countries do, provide stricter selection criteria e.g. the ability to run 5000 m in a specified time? The list goes on. Food for thought…

Are you interested in Safety Management?  We want your help.

The Health and Safety at work Act 2015 has been passed into law (4 April 2016). This has created doubt in many of us as to what the ramifications of the Act are.

As part of my role as ONZ Event Liaison I have been tasked with the creation of a Safety Management System (SMS) for ONZ and affiliated clubs to make it as clear as possible what we must do to keep people safe.

Part of the above process includes consulting with interested people within our sport to contribute to the SMS creation.

ONZ sought clarification from the IOF earlier this week on their position regarding the Russian Doping Scandal from the McLaren Report.  The IOF have responded to all IOF members with the following statement:

We would like to provide the following clarifications and background information about the IOFs Anti-doping work as it relates specifically to Russia:

Based upon the above, we can find no evidence that individual orienteering athletes from Russia should be excluded from participating in IOF events in regards to past, actual or suspected anti-doping violations.

A full copy of the IOF position can be found on the ONZ website: IOF Statement IOC_WADA_RUS (PDF  414KB)

The Junior Camp is being held in Canterbury, organised by PAPO.

Woodend Christian Camp (north of Christchurch)
Terrain- Local sand dunes, Banks Peninsula hills, urban sprints and alpine forests
Junior Camp is for you if you are…

Mt Cheeseman Lodge, Castle Hill
Terrain- Castle Hill, Flock hill boulders, Hogs Back and mountain running
Development Camp is for you if you are… 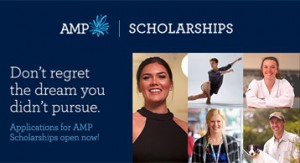 Now’s the time to grab your dream!
Applications for this year’s AMP Scholarships are now open and you could get up to $10,000 to spend entirely on pursuing your dream. See the great things some of our past recipients are achieving here.

In April 2017 Auckland will host two of the largest orienteering events ever to be held in New Zealand. The Oceania Orienteering Championships and the Auckland World Masters Games will run over consecutive weekends in terrain throughout the region.

Auckland, Counties Manukau and North West Orienteering Clubs are collaborating to organise both orienteering carnivals, and its going to be a great challenge to hold 11 races in 14 days (including 2 days in Rotorua organised by OBOP). With ONZ, the three clubs have formed a steering group which has been working together for five years to lay the foundations for this landmark occasion.

We are hosting Oceania ourselves. This will be like a normal NZ orienteering event, only bigger.

For Auckland World Masters Games, orienteering is just one of 28 sports. We’re contracted to deliver orienteering within the larger Games event. Auckland is expecting 25,000 athletes – that bigger than the Olympics – of which 1000 or more will be orienteers.

We will use the same teams to deliver both events. Volunteers will still be able to compete – we’ll work around your commitments.

We are using this signup form to collect volunteers for Oceania and AWMG but as per below you must also register on the official AWMG site.

AWMG will have a compulsory volunteer registration process via the official AWMG website. It is a quick and easy process to sign up – about 10min!  All our club members will be “sport-specific volunteers”.  The Games team want to have all sport specific volunteers signed up as early as possible so go on and do this now. When registering with AWMG, you’re just putting your name down. You won’t be assigned to any particular role.  But, what do you get includes:

What you need to do:

For more information have a look here

The FAQ’s link has a lot more detailed information if there is anything more you need to know. Once you’ve got all the info you need, grab your passport or driver’s license, click Apply and choose the SPORT link. When you get to the section asking for a sporting partner endorsed code use ORIENSC Thank you so much for taking the time to apply as a volunteer so Orienteering can be a successful sport at the Auckland World Masters Games!

So what are you waiting for….fill out your details here, tell us your plans and we’ll be back in touch.

A wee reminder to ALL orienteers the WMG2017 embargoes apply to everyone, regardless of whether you are a masters orienteer or not.  Please ensure you respect and abide by these embargoes.  Click here to find out about the embargoes.

Registrations for WMG2017 are now open.

The WMOC2017 Bulletin 1 has been published.

Registrations for Oceania are now open.

For more events check out the Orienteering NZ website