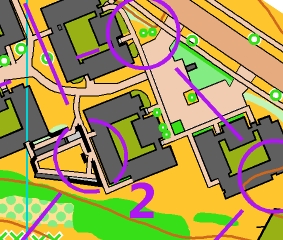 The New Zealand Pinestars, led by strong performances from Matt Ogden, Imogene Scott, Joseph Lynch, Kurtis Shuker and Kaia Joergensen have taken the lead after the home leg of the annual Test Match against the Australian Bushrangers run in the Manawatu over Queen’s Birthday weekend. Matt (M21E), Imogene (W21E), Jospeh and Kurtis (both in M17-20E), and Kaia (W17-20E) placed in the top 3 in each of the three indivdual events, with strong support coming from Gene Beveridge, Nick Hann, Lara Molloy and Katie Cory-Wright who all had 2 top 3 finishes. Bridget Anderson was the standout performer for the visting Australians winning both of the W21E forest races, while the best class results for the visitors were in the individual sprint on Sunday morning.

For the first time the Test Match also included a sprint relay, held on Sunday afternoon, where in a close battle the Pinestars 21E team of Imogene, Nick Hann, Matt and Renee Beveridge had a 13 second victory over the NZL 17-20E team with the Bushrangers elites another 7 seconds behind.

The raw scores after the weekend (under the new scoring system points will be normalized to give the winning team in each class 100 points) were;