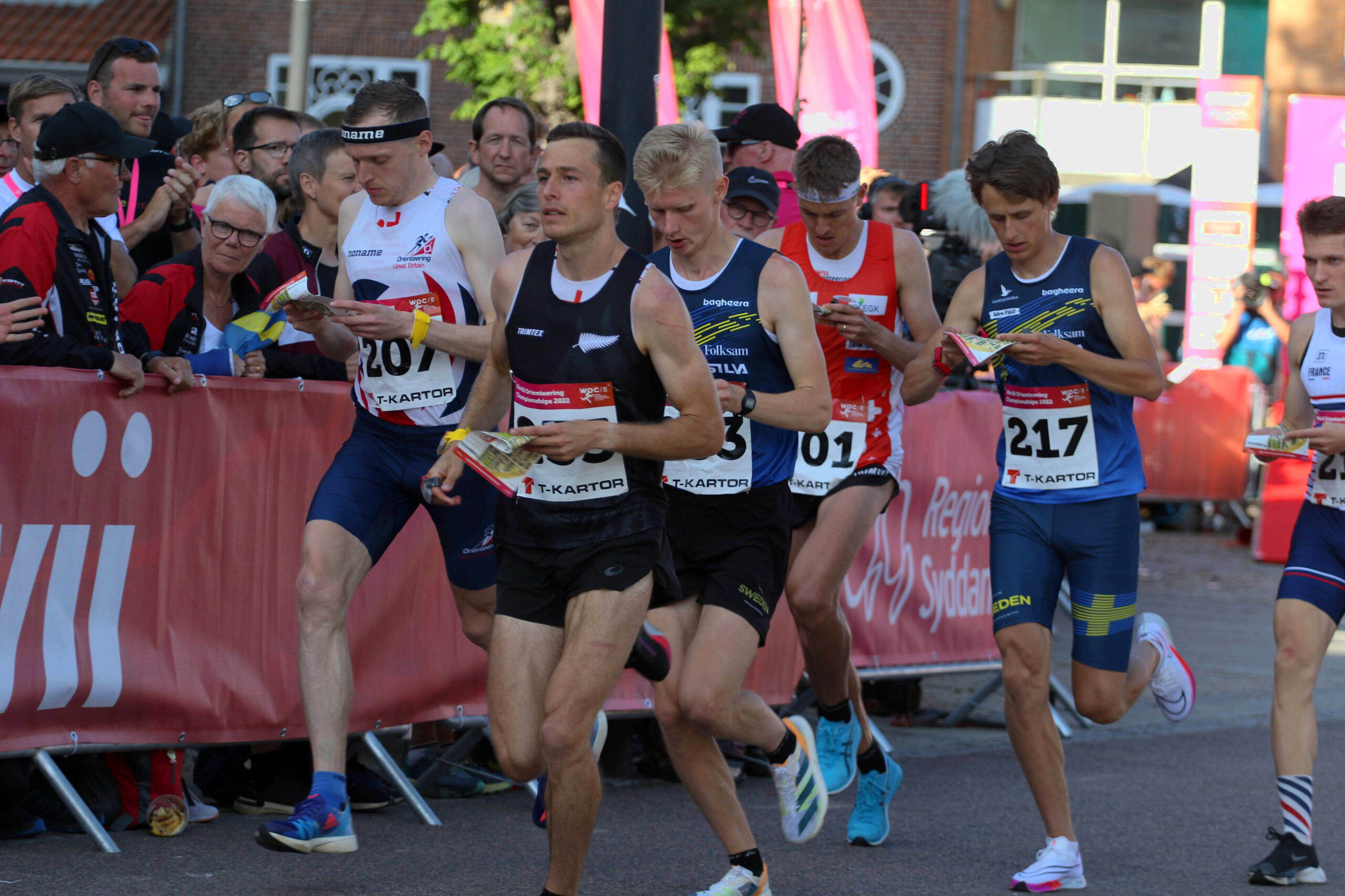 Route choices have only seconds in difference, so speed and navigation are neck to neck in this world class competition. Tim and Penelope ran through to second place in their respective heats, but errors put them both further back in the field, with Joseph, and Tommy coming in later.  It was unfortunate for Tim who was ready to win and his world ranking from the World Cup made him a hot favourite. His sister Laura Robertson started well but was only able to fly over on the day to compete due to visa complications so did not have much to prepare.  Tim and Laura had the best placings from New Zealand with 21st and 28th respectively.

All the team can place faith in the preparation and planning that managed to gather a strong team to run in this final race.

Many congratulations to Australian Aston Key coming in 5th at a time of 14:34, a top 10 from outside Europe is a huge win.

Photo by Dmytro Levin from the Orienteering Knockout Sprint 2 days ago. Tim Robertson was ahead of the running pack for most of the race: