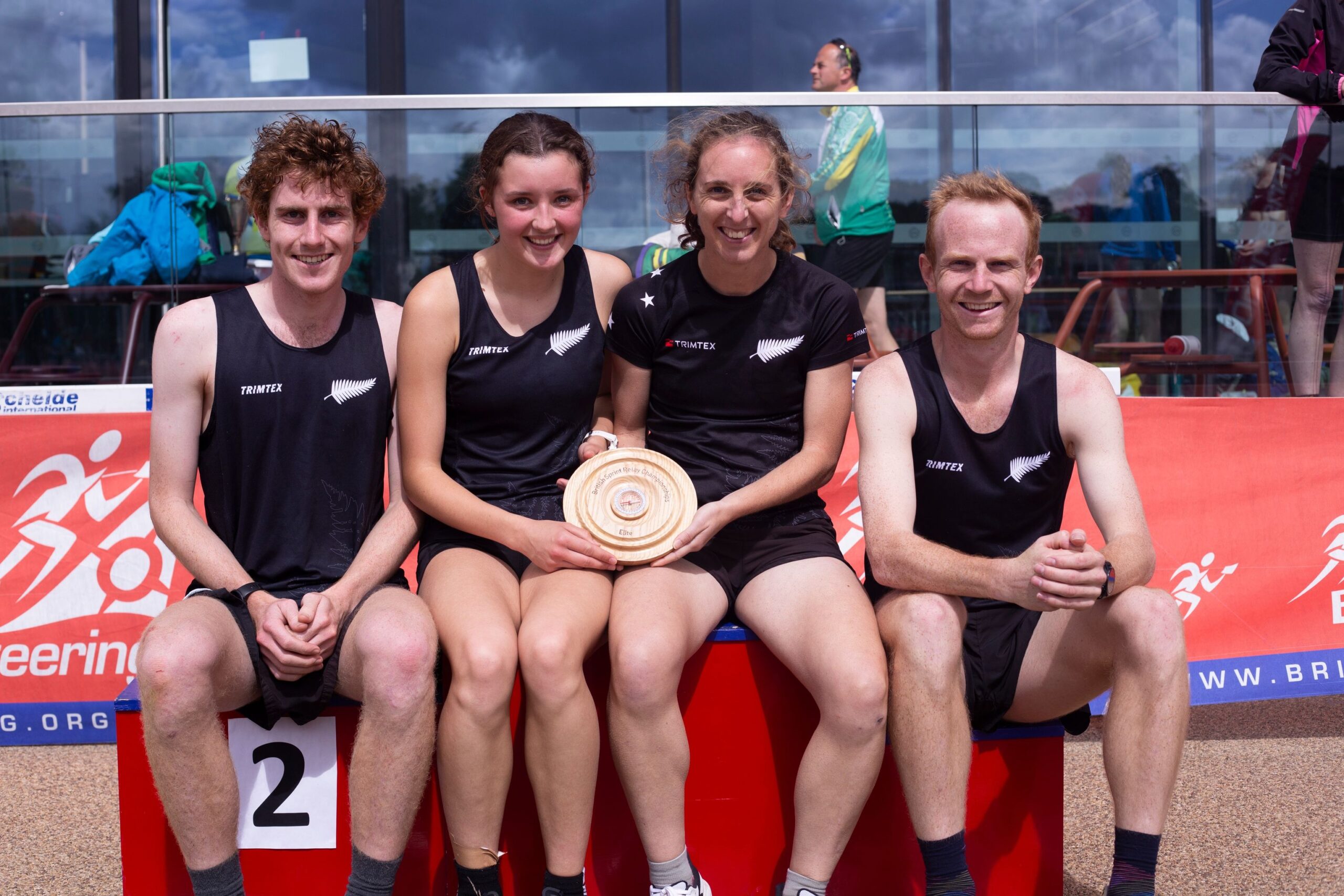 The 6 Kiwis at the British Sprint Champs have continued their build up to WOC with strong performances in an individual race slightly marred by an organizational hiccup. After all 6 out of Tim Robertson, Tommy Hayes, Joseph Lynch, Lizzie Ingham, Laura Robertson and Penelope Salmon had comfortably qualified for the afternoon A Finals, as overseas competitors all except Laura, who is a member of BOF, where initially relegated to B and C Finals. The three men protested and were allowed to start in the A Final. Lizzie, who has been unwell over the weekend, declined to do so, and, with the on-line results in chaos, Penelope’s fate cannot be tracked down!

Ultimately, Tim, Tommy and Joseph finished 1st, 3rd and 9th respectively, with Tim having a winning margin of 17 seconds over top Brit Kristian Jones. There was then a minute gap back to Tommy. Laura finished 5th in the women’s final, won by Megan Carter-Davies who took silver in the World Cup race a couple of weeks ago.

There is now week hiatus with some team members heading to Jukola for the Finnish night relays, before reconvening in Denmark for the final week build-up to WOC.