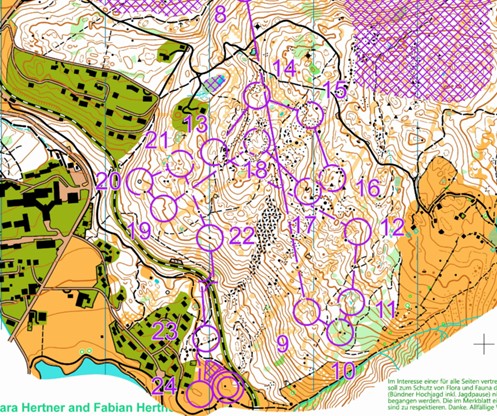 Tim Robertson has finished in an excellent 10th place overall after the final round of the 2022 IOF World Cup in Switzerland. With finishes of 36th in the middle distance and 45th in the long, Tim added another 5 points to the 160 he gained from his sprint performances in Round 1. Overall winner was Kasper Harlem Fosser of Norway in the men, with Sweden’s Tove Alexandersson taking the women’s title.

In the middle distance Tim was just under 5 minutes behind Fosser in a time of 38:59. Toby Scott, the other Kiwi in the field was 63rd a further 2 and a half minutes back. The long distance was won by Daniel Hubmann in 1:36:24 with Tim taking 1:50:34 and Toby, again in 63rd place, taking 1:54:52. With WOC2022 also in Switzerland it was great to see both in the top half of the field in both distances.