Three days until WOC2019 in Norway gets under way and, although several team members have been training in the local terrain for the last week, team NZL has finally moved into their accommodation at 43 Game Tindlunvei about 3 km away from the event centre in Sarpsborg. 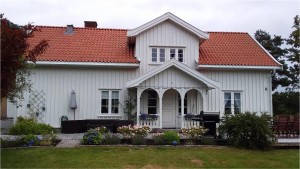 Although without the expansive grounds that we enjoyed in Latvia in 2018, we sit on an east facing hillside with an expansive view looking out over the local township with forested, rocky hillsides just beyond.

Toby Scott and Gene Beveridge, post Scottish 6-day and O-Ringen respectively, have been staying in Sarpsborg for the last week sampling the WOC training maps. Meanwhile Tommy Hayes, coming from the World MTBO Champs in Denmark has been staying with the Australian team for the last few days. Lizzie Ingham, as almost a local, is relatively familiar with the terrain, while Tim Robertson and Kate Morrison, both of whom arrive later today or tomorrow, like Greta Knarston, are well familar with Scandinavia. 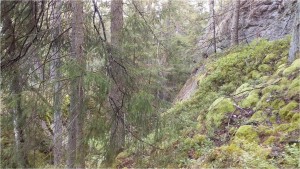 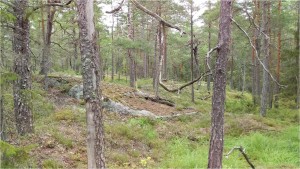 Toby, Gene, and Lizzie, accompanied by manager Malcolm Ingham, and supporters Ellie Molloy and Cam Tier, had their last relatively serious hit-out on Gillingsrod this morning. Malcolm reports (at least for an M60) lots of energy sapping, ankle-clawing vegetation, massive mapped cliffs, and smaller unmapped ones where the landform is shown only by a contour, and control sites marked by very small tapes! The joys of being old.

Tomorrow is accreditation day with, for some reason, all athletes having to accredit individually rather than the team official being able to do it for all. We anticipate a queue in the relatively palatial Qualoty Hotel Sarpsborg which has the honour of being the event centre. Monday is then the model event day, including a technical model event where they show start set-up, punching etc. This is something which we normally pass on, but this year is being held in the arena for the middle distance qualification, making it almost mandatory so that we can look at the lay-out, but almost certainly learn nothing useful! Monday also sees the last (take that how you will!) act in the NZL bid for JWOC2022 when Malcolm is scheduled to give an 8.30am presentation to the IOF Foot-O Commission.