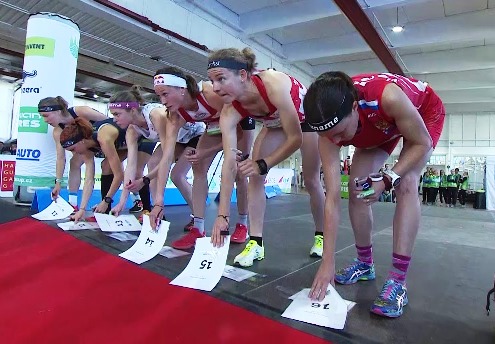 The WOC Test Races run in Denmark over the weekend showed that team NZL looks to be on track for WOC2022, to be held next month. Although the Kiwi contingent was made up only of Toby Scott, Tim Robertson and Penelope Salmon, the last two being part of the WOC team, the results were outstanding. Tim was a clear winner of Saturday’s individual sprint, while he and Penelope both made the finals of Sunday’s KO sprint, Tim finishing 4th and Penelope 5th.

In the individual Tim won by 14 seconds from Norwegians Kasper Harlem Fosser and Havard Sandstad Eidsmo, showing he is in prime form in the lead up to WOC. Penelope finished 3rd in her qualification heat but was probably not used to the style of course in the final and finished 39th. Toby also made the men’s final finishing 44th In the KO both Tim and Penelope were relatively untroubled in reaching the final although, with the 3 KO rounds run in quick succession, they couldn’t repeat their quarter and semi-final performances in the final.

WOC Test Races are traditionally run a month or so in advance of WOC and are used by several nations as selection trials. With the weekend clashing with the Swedish sprint champs and only a smattering of the Swiss in attendance, the fields were perhaps not as strong as might have been expected, but these results will certainly have put NZL on people’s minds as a potential threat at WOC. The test races also give a chance for both familiarity with the local maps and with the style of course planning. In the latter regard two things stand out. Firstly, the Danes will use a lot of artificial barriers to increase route choice on both long and short legs. Secondly, none of the KO rounds had any splitting of the field – they were all straight races depending on long leg route choice to split the field. With only 8-10 controls advertised for the WOC KO sprint rounds this looks to be the likely case in a month’s time.