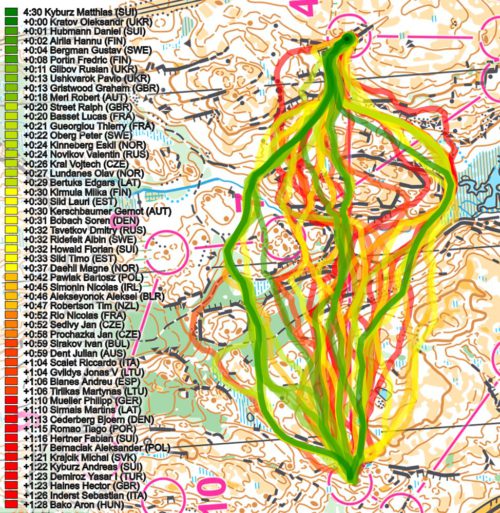 The International Orienteering Federation has posted a blog post on GPS analysis:

Orienteers have always discussed route choices. Where did I lose or gain time on my opponents? Split times was the first tool to solve the discussion about which route was the fastest but with the rise of GPS-technology, analysing orienteering has been taken to a completely new level.

The developer behind tools as QuickRoute and Livelox, Mats Troeng outlines some of the possibilities:

GPSs give hard facts. Differences in time between different route choices, how straight you actually run, time losses when making mistakes or hesitating for instance. It gives increased knowledge about technical performance and ways to improve it, he says.

The new way to improve your orienteering technique has been noticed by most elite runners and national teams. For instance, the Swiss national team use GPS analysis as an important tool in the preparation for major championships. The team go to similar terrain as for the championships, do some courses with GPS devices and compare the tracking…

Read the full article on the IOF website at: http://orienteering.org/in-depth-with-gps-analysis/