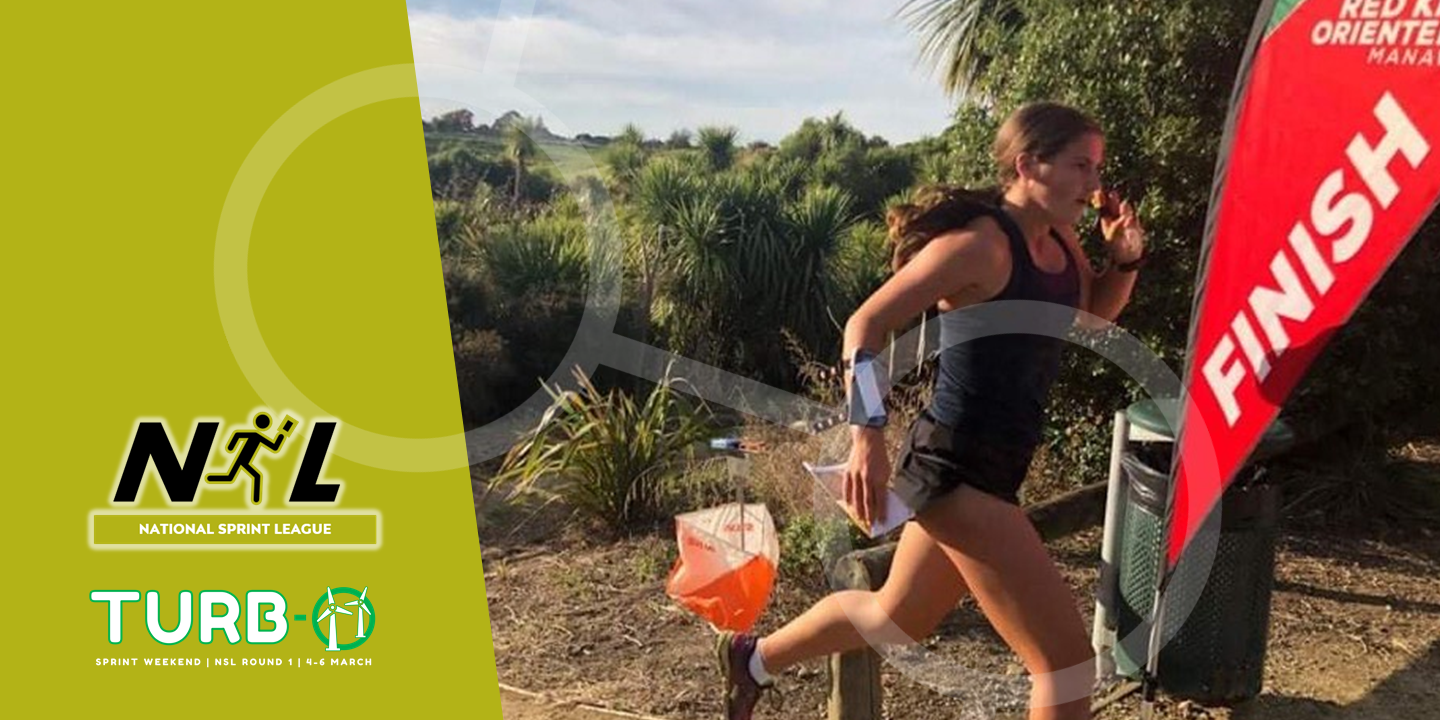 Freyberg High School and Pit Park in Palmerston North provided the backdrop for the first ever National Sprint League (NSL) race this evening. While the map and series may be brand new, our victors were certainly not – both Joseph Lynch and Lizzie Ingham picking up where they left off at the not-Oceania champs, taking the win this evening.

Ingham produced a sound technical performance over the 2.7km course on her way to victory. Penelope Salmon (U20) had to settle for 2nd place after already tasting success earlier today, dominating the Women’s Under 20 1500m race at the New Zealand Track and Field National Champs in Hastings. Zara Stewart (U20) rounded out the podium.

Reflecting on race one, Ingham noted “It’s always cool to run on a new map. I’m sure I wasn’t the only one to have a rusty performance, but hopefully the mix of complex campus nav and open park blew out the cobwebs. There won’t be any room for error in the knockout tomorrow!”.

Joseph Lynch notched up victory number 1 for the weekend, albeit a little easier than he may have expected with mis-punches effecting some key competition. Kurtis Shucker posted a tidy performance to take second, with Nicholas Green coming in third.

Lynch says he was “happy with his physical performance today, although technically made some route choice errors in the tricky school section of the race”.

Tomorrow’s knockout sprint promises to be an exciting day of racing – the qualification race will be held at free flowing “The Esplanade” map in Palmerston North. From there racing moves to a campus style sprint for the quarterfinal, hosted at Awatapu College. The semi-final utilizes the picturesque IPU New Zealand campus followed by a final showdown at the always challenging Massey University.