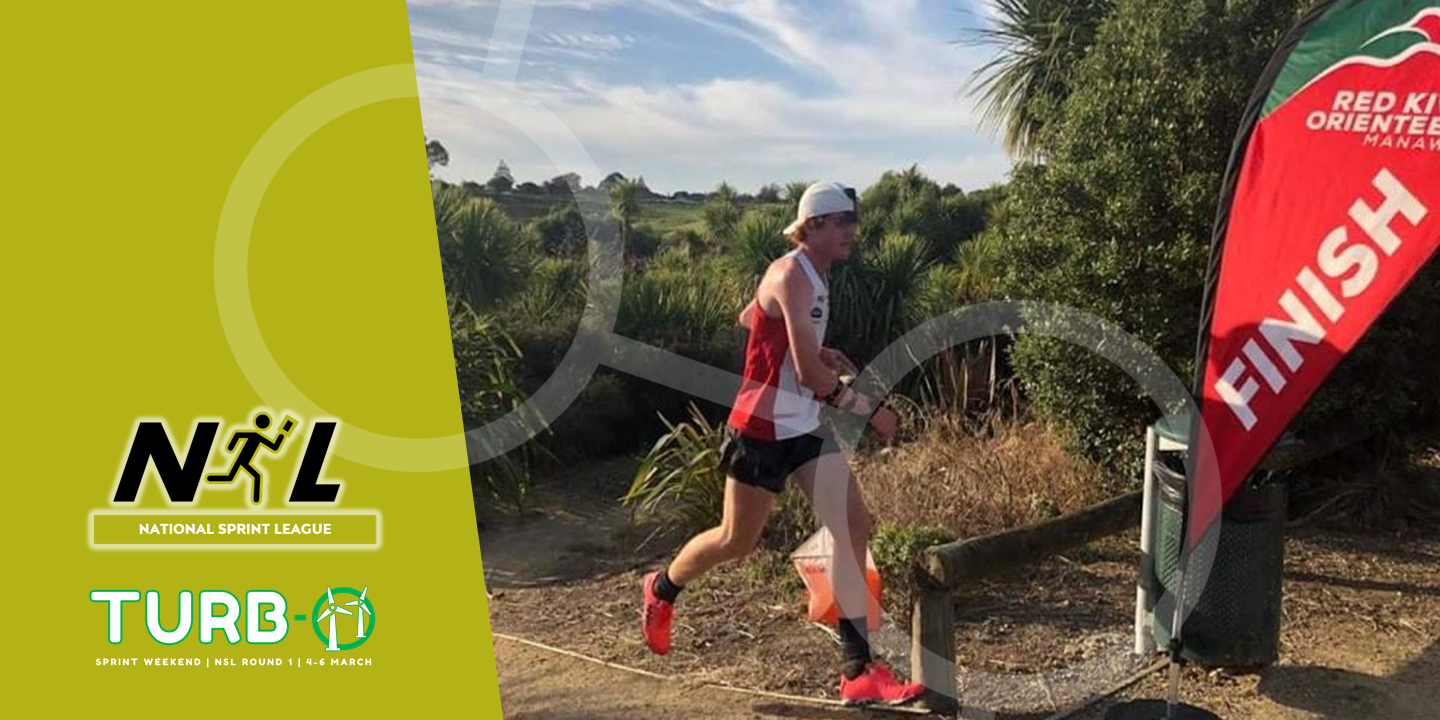 The first race of the day at Levin Primary, Intermediate & Showgrounds (the site of Lynch’s 2020 NZ Champs victory) provided an equally successful venue for the speedster. Lynch lead the race from the start, taking a clear 1 min 3 sec victory over Gene Beveridge, with Kurtis Shuker claiming third. The win was emphatic on reflection, with Lynch winning all but 4 of the 30 legs and registered second fastest on the remaining.

Race 2 saw a resumption of service from Lynch on the brand new Waiopehu/Levin East map – taking the lead from the beginning and building a 54 second lead by the finish. The podium matching the mornings race with Beveridge taking second and Shuker again in third. Lynch’s prowess on show over the last three days lead the weekend’s event director and ONZ High Performance Leader Malcolm Ingham to aptly quip “it is getting hard to keep Joseph out on course for 12min on these tight campuses”.

In the women, knockout sprint winner Penelope Salmon came out firing on Sunday morning with a strong performance in the first race of the day. Salmon took the lead after a minute of racing and then didn’t look back, ultimately claiming a 50 second victory over Lizzie Ingham. Kaia Jorgensen had a strong race to force her way onto the podium, a further 44 seconds back in third.

The afternoons race saw Ingham produce a commendable fight back, making the most of early time losses from Salmon to hold a lead through to the finish. Ingham’s 12 second win taking her weekend total to 2, equal to Salmon’s 2 wins. Imogene Scott produced another consistent performance to round out the podium, 36 seconds down on the winner.

Looking to the near future, the next NSL show down will be none other than “the big dance” – the New Zealand Orienteering Champs Sprint in Nelson on April 15th. The Ingham/Salmon battle is a very exciting prospect to follow into the premier New Zealand sprint race, as is the intrigue of whether anyone can pose a challenge to the Lynch domination. National’s course panner Matt Odgen passed comment on how the terrain chosen is well rounded and testing of all sprint skills. This will demand the total package sprint orienteer comes to the fore.

Lastly, the exciting racing couldn’t have happened over the weekend without the hard work and support of key people. A particular thanks must go to Malcolm Ingham, Russell Higham, Anna & John Robertson and Yvette Baker.

Weekend Results can be found on Winsplits. Points update after round one to follow, check social media channels.