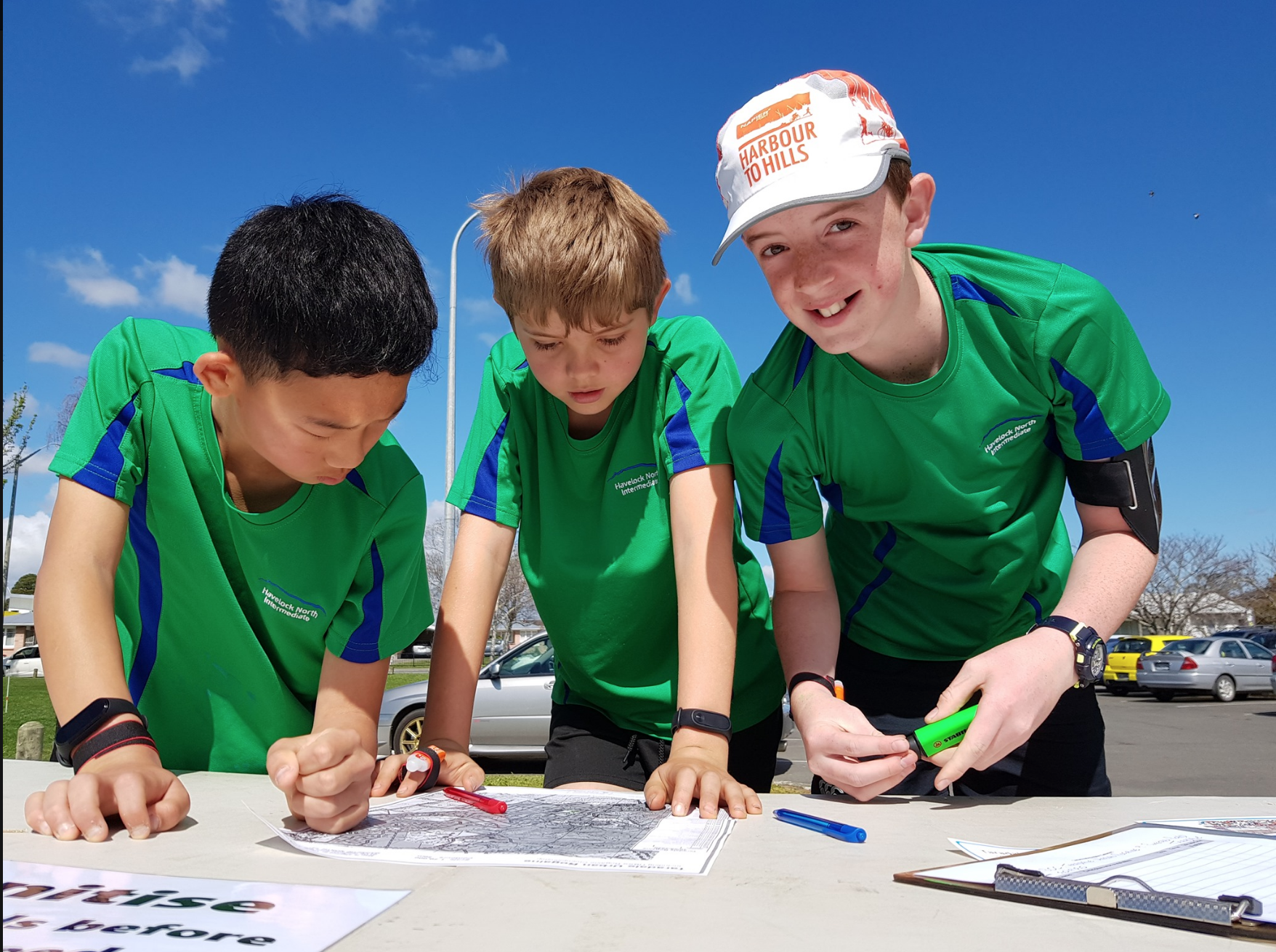 Update from Hawkes Bay Orienteering on their challenges for young orienteers.

Hawkes Bay Orienteering Club (HBOC) start their school training in January with a Junior Orienteering Camp which leads into the Summer weekly Sprint Series. The Sprint series are held in conjunction with an O for Kids Summer Series Competition for Primary and Year 7/8s which is run by the HBOC Club President Jane Herries. The Club also provides coaching sessions for Intermediate and High School Students at this series. Throughout the year, Club President Jane also runs KiwiSport Orienteering as in-school sessions to introduce orienteering skills to school students in a fun lesson environment.Before starting the rural events calendar a Schools Training and Coaching Day is held for all orienteers and promoted to schools to provide some experience prior to them entering the Hawke’s Bay Championships. Will Tidswell planned the Training Day in 2020 at Tauroa Station, a beautiful rural setting where the new orienteers were able to be led around courses appropriate to the newbies levels, and then encouraged to give a course a go by themselves with their newly developed O skills.In July the region was able to hold the postponed Hawke’s Bays Schools Sprint and Relay Championships for primary through to senior secondary students. This was a double event held on what was to be probably the rainiest day of the year. So, plenty of gumboots, brollies and mud. Unfortunately, the HB Schools Long event has been postponed three times and is now cancelled for 2020. However, the Club was able to run the HB Schools and Club Urban Rogaine this past weekend restricting numbers to 100 each for a 3 hour event for the secondary school students and 1 hour event for the year 7/8 students. The sun was out for this one and the Adventure racers from Taradale High School took out the competition at Senior and Junior level in the Boys and Napier Girls High School in the Senior and Junior competitions for the Girls. Year 7/8s was won by the emerging new orienteers from Havelock North Intermediate School in the Boys, Girls and Mixed grades.