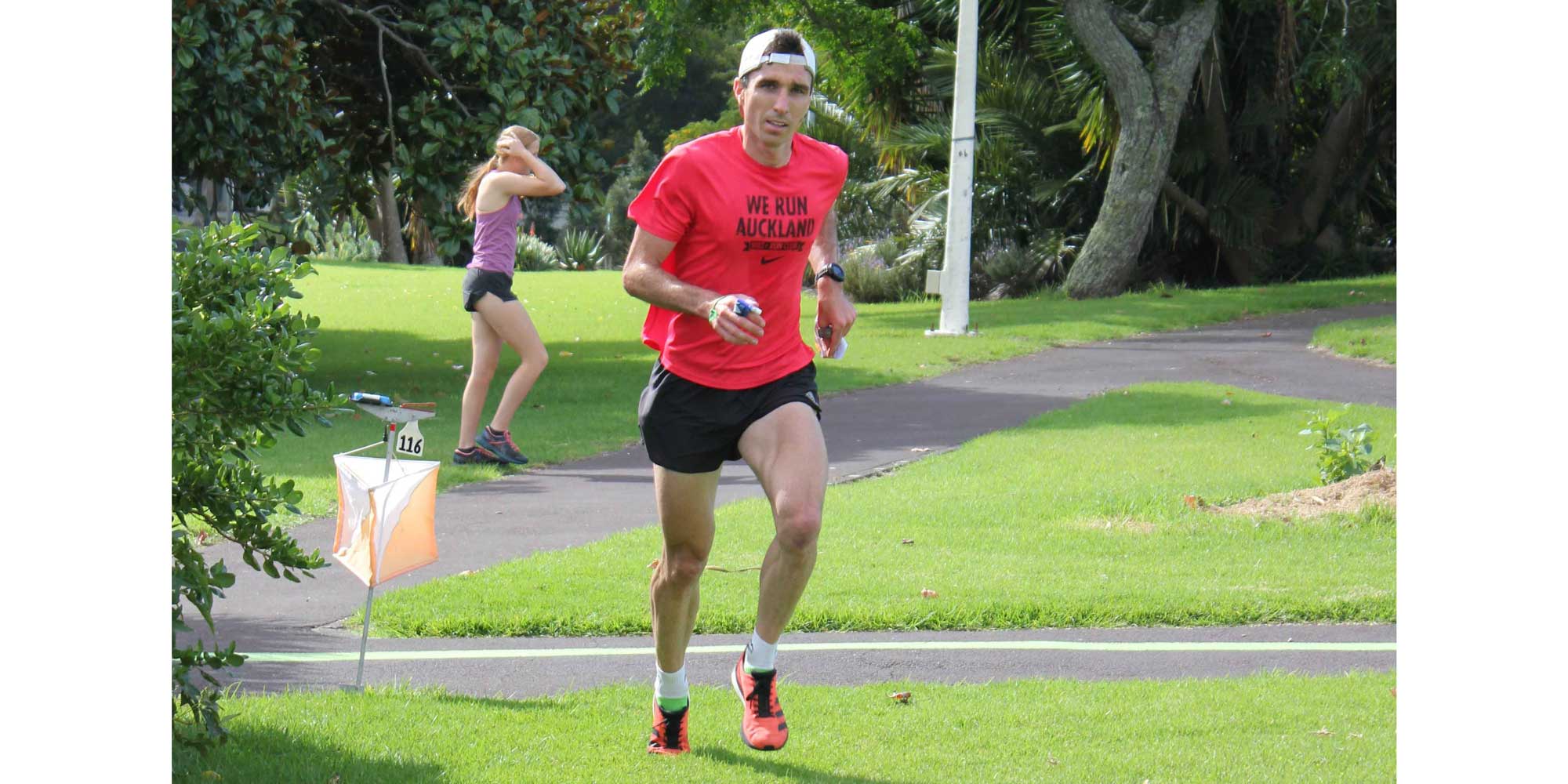 The extended Easter weekend finished with NZL’s second ever Knock-out Sprint, at Carrington. This had no qualification but only three KO rounds, with all runners getting 3 races. With many of the top elites and junior elites heading home after the ONZ Champs there was the opportunity for several of the younger juniors to foot it with the top athletes, the format of A and B semi-finals and A-F finals meaning that the field gradually sorted itself out into levels.

The quarter-finals used the map choice option of splitting the field. Between control 1 and control 4 there were three possible options for controls 2 and 3. Given only 20 seconds to choose, the majority selection of one option (C) was likely due to the fact that, in the time available, this looked the simplest on paper. However, on the ground the routes into the common control at the end of the two control split were a little more obvious on A and B. There were no surprises in the quarter-finals with wins for Joseph Lynch, Jonty Oram, Matt Ogden, Emily Hayes, Lizzie Ingham, Lara Molloy, Kaia Joergensen and Imogene Scott in their respective heats.

The first 3 in each of the quarter-final heats proceeded into A semi-finals, places 4-6 into B semi-finals. These took place in the northern part of the campus and used butterfly loops amid the dense array of buildings, the top 2 in each semi-final progressing to the A final. Again there were no real surprises although a quirk of the draw saw Lizzie and Kaia in the same semi-final in a prelude of what would be the final showdown.

The finals moved back to the south end of campus and presented 3 loops of very differing lengths, making it difficult for runners to assess their positions. The women’s A final provided the big surprise of the day as Kaia handed Lizzie her first defeat since the Lonely Mountain KO sprint in January 2020. Lizzie made an early route choice that was much slower on the ground than it appeared on the map, and spent the rest of the race trying to make up for this, falling short by a mere 2 seconds in the finish chute. Imogene was 3rd. In the men it was the anticipated race between Matt and Joseph, with the latter repeating his win from the ONZ Champs sprint, this time by 16 seconds. The surprise here was the excellent third pace by Nathan Borton.

Once again the format proved incredibly popular with the runners and spectators and surely must become a formal ONZ Championship in the near future. For those interested Joseph lynch wore a head cam for each of his races and has matched the film to the map. These can be watched at the links below.