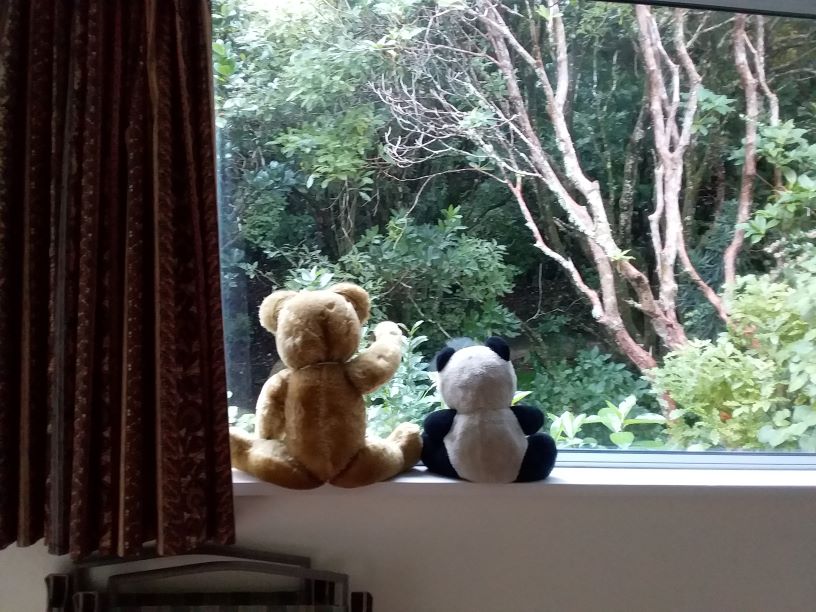 Well, what a difference a month makes. At the end of February we were looking to trials for JWOC and WUOC, and those in Wellington were fully engaged in preparations for the ONZ Champs. Now we wonder when we are even going to be able to orienteer again, and globally major events, if not cancelled, are postponed into an uncertain future. So, keep safe, keep well, and enjoy the little I have been able to put together. Before that, however, a special thanks to all those orienteers who are doctors or nurses and have taken up positions on the front line. Stay safe and well and we’ll see you back in the forest in due course.

The one event of note that actually took place during March was the Melbourne Sprint Weekend over 7-9 March. With the prospects of sprint WOC still on the horizon at that stage several Kiwis made the trip. The weekend began with what turned out to be one of the last World Ranking Events run anywhere before IOF closed these down until the end of May at the earliest. Of the New Zealand Lizzie Ingham won the women’s race and Tommy Hayes was second in the men. Tommy was joined in M21E by Devon Beckman, while Emily Hayes, Juliet Frater and Penelope Salmon 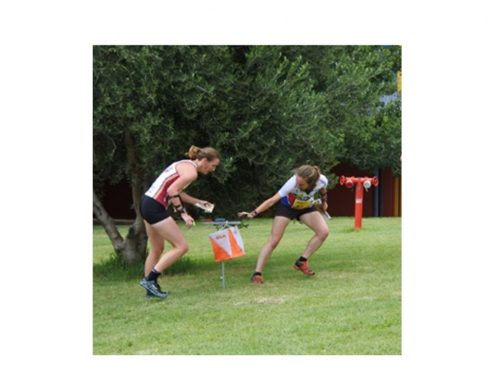 were also among the women. Penelope’s time an placing are clearly artificial. It appears she missed hers tart time as her first leg shows as 38:31 compared to the 36 seconds it took Lizzie. Adjusting that Penelope would have been in 19th place. 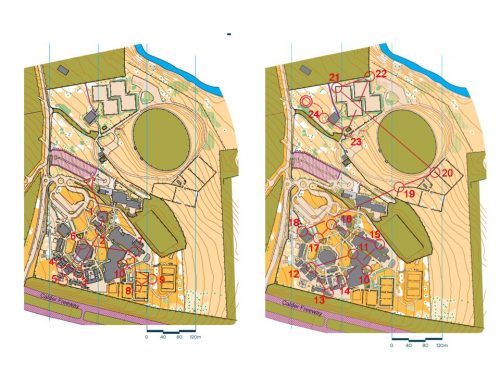 The weekend continued with further individual races on Saturday afternoon and Sunday morning, Tommy placing 7th and 2nd in these. Lizzie, having picked up an injury in the preceding week was 3rd in only other outing over the weekend on Saturday afternoon, before joining the commentary team. One of the main attractions, however, was the Knock-out sprint on Monday.  Tommy was the only one of the four Kiwis to get past the quarter-final, where Emily and Juliet went out, and then won his semi-final. In a tight race in the final, which appears to have been a straight mass start race without any loops, with only 20seconds covered the fields he finished 4th.

As with all sports orienteering has seen event planning thrown into turmoil over the last few weeks. Somewhat ironically the first postponement in New Zealand (the ONZ Champs) was already dealing with several issues that were making life awkward for the planners. Although Middle distance courses had successfully taken into account where logging in Waitarere Forest was taking place, there still remained a bit of uncertainty as to how far this would extend come Easter. Similarly, the sprint was having to be planned around a restricted number of gates in uncrossable fences. Most worrying though was the appearance, on the very day that organisers went out to survey the parking, arena and start, of multiple bee hives at various road junctions throughout the long distance area. These included on the proposed walk from parking to arena and from arena to start! Now at least there has been an assurance that all hives will be gone by September!

As the international situation with COVID-19 worsened, the JWOC/WUOC trials weekend really fell victim to the concern that this was forcing people to fly to and from Auckland when it was becoming apparent that this might not be such a good idea. The AOS events followed soon after. It was certainly pleasing that within ONZ and the clubs involved these decisions were made very easily with essentially no little or no dissent.

Internationally there are still some events that require decisions to be made. As those were planning to trial for it will now be aware, the World University Orienteering Championships have been cancelled by FISU (International university Sport Federation), as has the 1st round of the IOF World Cup in Switzerland, originally scheduled for mid to late May. This now seems to have been re-timetabled for May 2021, which is somewhat strange as this round was very focussed on a sprint and knock-out sprint in advance of sprint WOC2020. At the time of writing no decision has been made on JWOC or WOC (latest update was 27 March) – this are expected after an IOF Council meeting on 3/4 April. The immediate suggestion is a delay until October/November, although that may well prove very optimistic. Whenever re-scheduling takes place, obviously depending on the situation in New Zealand, ONZ will seek to re-timetable trials as appropriate. The World Masters Championships in Slovakia have also been cancelled and perhaps give a little light relief in that following invalidation of courses in Latvia in 2019, Gillian Ingham will now have been W60 Spring Champions for 3 years!

Orienteers are by nature imaginative people – after all how often have you convinced yourself you are in the right place when you aren’t? – and there are already several initiatives for keeping mentally and physically active during the current lockdown. Here are a few suggestions.

(1) Matt Ogden has started a “Catching Features” league. If you want to join this then email matt at [email protected].

(2) Several years ago a closed Facebook page (NZHipos) was started. This was originally for members of the National Squads but was widened a couple of years ago to those who have attended an Under23 HP Camp. The Hipos have now started the NZHipos Lockdown Challenge. This was introduced with the following from the administrator:

“Forty years ago (yes, I am thaaaat old) I lived in Edmonton, Alberta for 2 years. For both years, during winters that lasted for months during which the temperature rarely went above -20C, I ran every single day. This started out as a mad thing to do but gradually the goal of getting out, in whatever temperature, at whatever time of day, became self-fulfilling and very important in a climate where being housebound through winter can rapidly drive you up the wall.

So…..the situation is very, very different but here is the HiPOs Lockdown Challenge. During the next 4 weeks we are all going to find it very difficult not being able to do so easily the things we enjoy. However, you are still allowed to exercise (albeit alone). Let’s see if we can all encourage and inspire each other to keep getting out and doing what we can through this difficult time – it will make picking up normal life again so much easier on the far side of this situation.

You should all have access to https://drive.google.com/file/d/1BZMJI12dO3EER1vD2GTraKDLSIE-v_zf/view?usp=sharing where you will find a spreadsheet with 4 sheets, 1 for each week of the lockdown, with columns listed by day and date and awaiting you to fill in what you do each day. I know many of you upload training to things like Attackpoint, but if we can all share our efforts here then perhaps it might make it a bit easier for all of us to keep running/training.

I suggest that you simply put your name in column A and then each day write a little spiel about what exercise you have done. It’s not a competition to see who can do most, but reading what others manage to do will hopefully help all of us to keep motivated.”

The above spreadsheet is now available to all – but, remember, stay local in what you do – no 76 km bike rides, or marathons!

(3) With no actual events to cover World of O (http://worldofo.com/) have started a “Route to O season 2020) in the same format as their popular Route to Christmas series. The site allows you to draw your own preferred route on the legs that are chosen and to see what other people have suggested. They are already up to Day 16 – probably with many more to go.