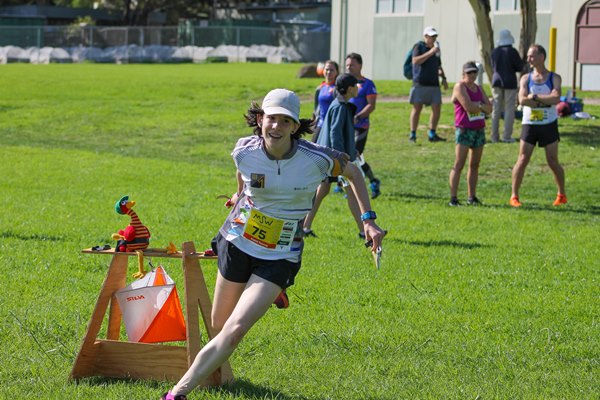 Quite apart from the fact that no New Zealand based orienteers have had the chance for any international representation for the last 2 years, the Covid-induced pause has also brought more starkly into focus the split of the World Championships (WOC) into separate sprint and forest events in alternate years.

As a result, ONZ has been looking at where it is most likely that we can make an impact on the world stage.  Looking at recent results at JWOC, and Tim Robertson’s results at the last two sprint WOCs, it is hard not to come to the conclusion that the key avenue for success on the World Stage lies in sprint discipline of orienteering.

With the best will in the world it is extremely difficult to achieve success in Europe in the forest formats without living there long-term. Indeed only Lizzie Ingham with 4-5 years in Norway has come close with several top 20 finishes at WOC. On the other hand, to a large extent, sprints are sprints are sprints and, as we have seen, not only with Tim, but also with top 10 WOC finishes from Lizzie, and Tommy Hayes winning silver at JWOC, we can potentially be right up there with the very best in the sprint formats.

The addition of the new Knock-out sprint (recently made part of the Oceania format) to sprint orienteering also adds to the opportunities that are afforded. It is also true that at this moment, perhaps for the first time since Lizzie, Laura Robertson and Kate Morrison emerged 10 or so years ago, we have a number of really promising junior women who have the requisite speed and ability to be successful if we nurture them correctly. Add in some of the younger men who have performed successfully at national level in 2020 and 2021,  but still await their time on the world stage, and the future is potentially very bright.

With this in mind ONZ is developing a 3 year plan with an aim to ultimate fruition at sprint WOC2024 in Scotland – NZ HiPOs – Scotland 2024. Between now and WOC2024 in Edinburgh we have a round of the World Cup in May 2022 which is entirely sprint focused (SR, KO and S), sprint WOC2022 in Denmark (SR, KO, S), the 2022 World University Champs which has both a sprint and a sprint relay, the introduction of a sprint relay into JWOC in 2023, and two more sprint focused World Cup rounds later in that year.

Should we have the chance to provide the Oceania team to the World Games in the USA next July, that can also be added to the list. Our aim is to get full teams to as many as possible of these events and to use several of them as development opportunities to expose our up-and-coming athletes to top international competition.

However, to make this work we also need to think domestically and, from 2022 we will be introducing a National Sprint League (NSL) to run in parallel to the present NOL. The plan at present is to have four rounds

Round 1: Sprint relay, KO sprint and individual sprint in January in association with the Oceania Champs in the SI (note, these will go ahead even if Oceania is cancelled).

Round 3: Early March a KO sprint and probably a sprint relay in Palmerston North

Round 4: Easter weekend and Anzac weekend which follows, the ONZ sprint in Nelson plus 2 more races in Christchurch.

For this series to be a success we need to ensure that we can facilitate athletes, especially the juniors whom we wish to develop, to get to these events