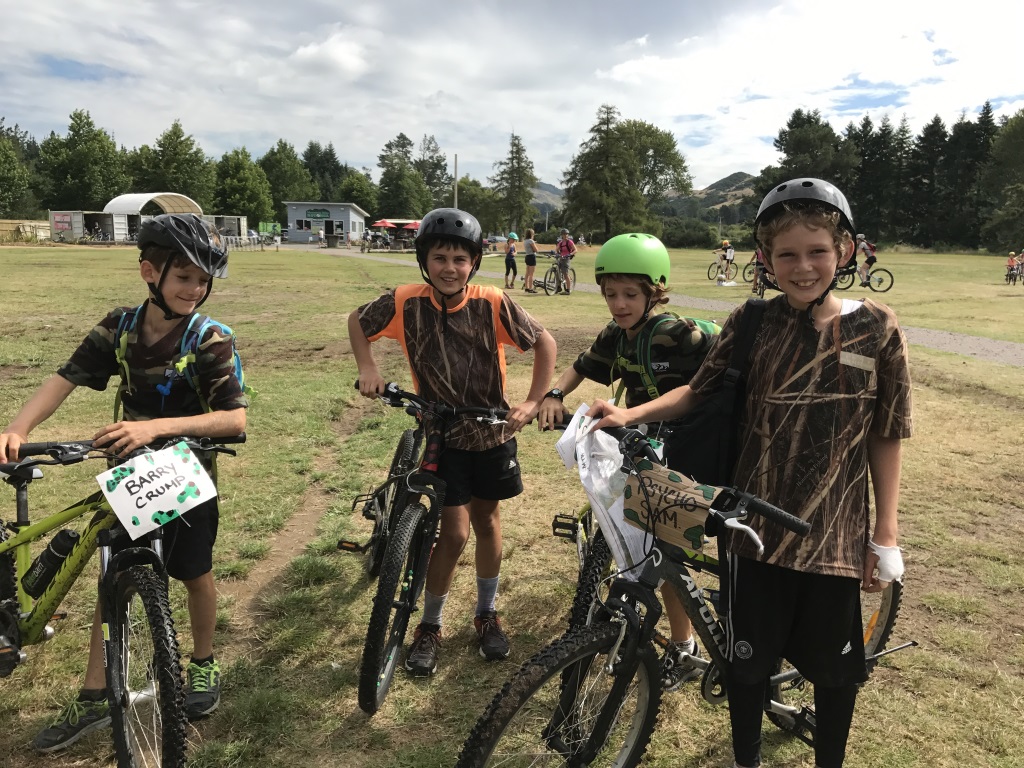 Orienteering Bay of Plenty (OBOP) was blown away by the number of competitors at this year’s MTB Adventure Quest.

The final event of the Rotorua Bike Festival, the MTB Adventure Quest, benefitted from lots of families making the most of the rain finally stopping.  This year over 220 competitors took part in the team navigation challenge on a bike.

“Lucky we were prepared with lots of maps, lots of Weetbix, and lots of pizza for afterwards” said Pete Swanson who set the event.

The event involved teams trying to visit as many controls as they could in Whaka Forest within 2 hours, and completing mystery activities for bonus points.  This year had a Kiwiana theme and there were Weetbix eating, gumboot throwing and various other Kiwiana challenges.  Many teams also dressed up in Kiwiana themed costumers.

The dress up competition was taken out by the Crockford family, “Hokey Pokey & the Nuggets”, who were all dressed as Hokey Pokey icecreams.  They received a Hells Gate Special Combo as a prize.

The top Family team, where you have to have someone 12 and under propelling themselves on a bike, was taken out by the Birchall family with 540 points.  The top performing Student team was the Unicorns, Jenna Hastings and Ciara Griffiths, with 520 points.  And the winners of the Open category, and overall winners, were the Skinnie Swedes, Rickard Norlin and Lewis Ryan, with 730 points.

There was a great buzz after the event with 100 Domino pizzas for everyone to share and some awesome spot prizes which local businesses generously donated.  “Places like Rotorua Duck Tours, Capers, Zorb, Hells Gate and Sequoia have given us a lot of support” said Karyn Kerrison, who also helped organise the event.