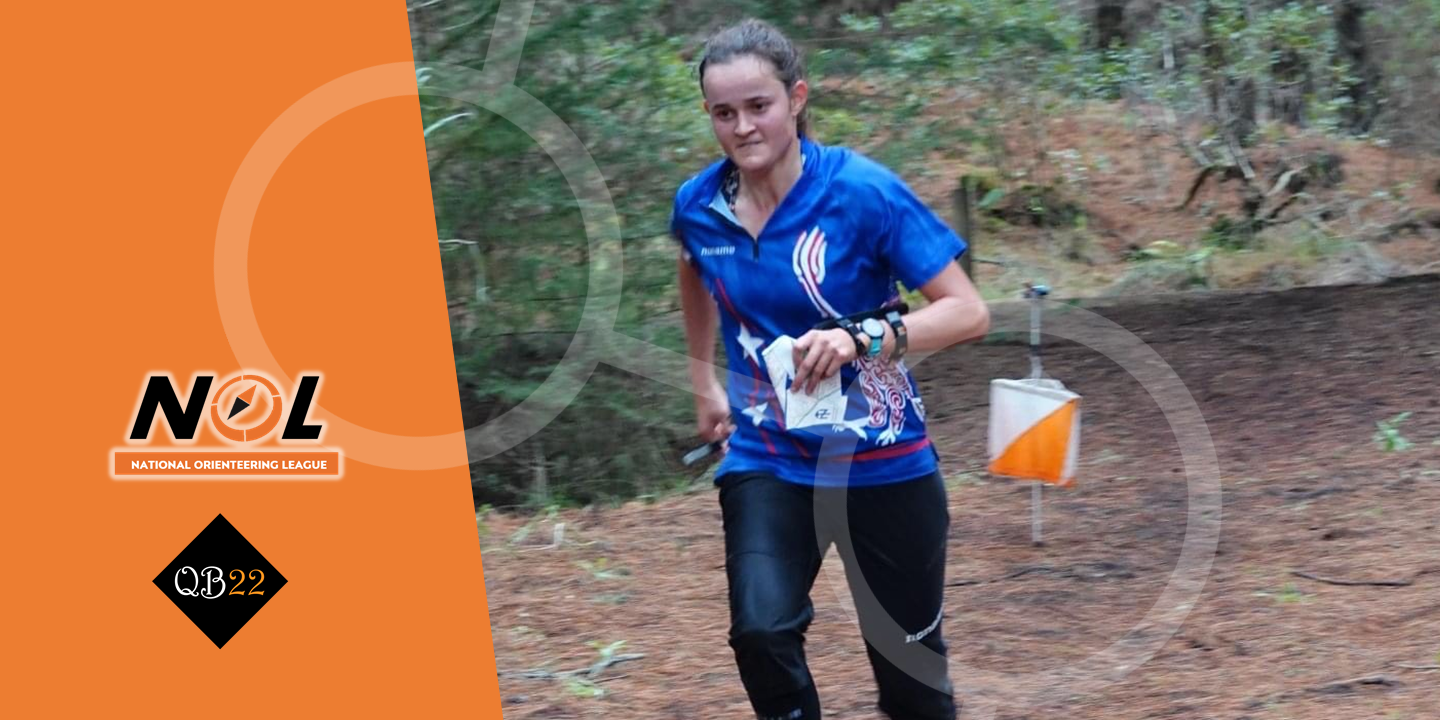 Matt Ogden’s return to competitive racing was very much a ruling performance – dominating the men’s elite class throughout the terrain races of the Queen’s Birthday Orienteering weekend in the Manawatu. It wasn’t just Elizabeth’s Jubilee that was celebrated in style, with Ogden recognizing a milestone of his own (10 years since NZ’s first ever JWOC gold) in emphatic fashion.

The weekend began with a companion sprint race held at a classic map – Massey University. Ogden decided to sit the sprint out, keeping his powder dry for the terrain challenges ahead. World champs bound Tommy Hayes used the race as a good preflight shake out, taking victory by 16 seconds over Gene Beveridge with Ayrton Shadbolt rounding out the podium in 3rd – a further minute back. Hayes showing great form leading from start to finish, winning 13 out of the 21 splits.

The women’s race, after a tight battle in early on, was comfortably won by Imogene Scott. Scott claimed winning margin over Georgia Whitla of 1 minute 15 with Amber Riddle a further 32 seconds back in 3rd.

Our future stars in the Men’s and Women’s Under 20 Elite grades ran the same course as their senior counterparts with some notable performances from Felix Hunt and Ryan Moore – both running times fast enough for a top 4 finish in the senior elite grade. Hunt’s run very impressive, only 21 seconds down on elite men’s winner Tommy Hayes. Similarly, junior Zara Stewart posted a strong performance which would have seen her place second in the senior grade – 1 minute 7 seconds down on Imogene Scott. Notable performances were also registered by Katherine Babington and Phoebe Hunt, doing enough for a top 5 finish on the course (and a podium in the Junior Elite grade).

The weekends attention then shifted firmly to the west coast pine plantation of Parewanui, the host for Saturday and Monday’s middle distance, and Sunday’s long distance.

In the men’s competition Nelson’s Matt Ogden put on an absolute orienteering clinic – dominating the race from start to finish and winning all but 2 of the 22 splits. His 5 minute 39 second victory over Gene Beveridge signaled an ominous warning for the remainder of the weekend. Tommy Hayes backed up his morning sprint victory rounding out the podium in 3rd. In the junior men’s grade Felix Hunt went two from two on day one, edging out Cameron Bonar who came in 50 seconds down. Ryan Moore rounded out the podium a mere 11 seconds back on Bonar.

Day 2 dawned and marked a change in discipline – a long distance test. Given the terrain, athletes were expecting a varied challenge with intricate sand dune tests dispersed with lengthy and fast paced route choices. Local girl Amelia Horne made the most of her experience and Inghams absence to take her first NOL victory. After a slow start Horne really hit her straps at the hour mark, finishing strongly to take a 39 second victory over Georgia Whitla. Imogene Scott came in 3 minutes back on Horne in third – a costly 7-minute mistake midway through the course spoiling a would-be strong run from Scott.

Matt Ogden continued his form from the prior day, pushing consistently throughout the course to record a commanding 5-minute victory over Gene Beveridge. Ogden’s dominance obvious when reviewed on winsplits post-race with a sea of red only briefly interrupted with an occasional second placed split. Ronan Lee rounded out the podium 15 minutes back from Ogden but with some glimpses of his talent – taking out the fastest time on the courses longest leg.

Felix Hunt continued his weekend winning streak with another victory in the junior men’s elite grade. Zefa Fa’ave was not far behind in second (1 minute 29 seconds) and Ryan Moore posting another podium performance for third. Junior woman Katherine Babington recovered well after a big mistake on control 1 to take the win (3rd different winner in 3 races). Rachel Baker was 2 minutes back in second with Anna Duston in third, a further 10 minutes back.

The final day of racing saw the return of Lizzie Ingham and a somewhat expected return to her winning ways – despite a very strong challenge from Georgia Whitla just 22 seconds back. Penny Kane did enough to sneak on to the podium just ahead of fellow veteran and super-mum Piret Klade who ended up fourth.

Rachel Baker backed up her Saturday middle distance form with another victory in the Junior women – this time with a three-minute margin to Zara Stewart in second place and Kaia Jorgensen a further 2 minutes back in third.

It was to be an impressive unbeatable weekend from Felix Hunt in the junior men’s grade, surviving a minor midway scare to charge home with a 1-minute victory. Zefa Fa’ave took his second podium of the weekend, claiming second place with Fergus O’Neill rounding out the podium in third.

Putting a full stop, or maybe an exclamation mark on the weekend in the men’s elite grade was Matt Ogden. His third victory in three starts was equally as dominant. Gene Beveridge taking the runner-up position yet again with Scott Smith posting his best run of the weekend to finish third.

Speaking about the weekend, Ogden expressed “in the lead up to the races I was nervous, feeling like I had been out of the game for a while and wasn’t too sure about my shape”. Something he quite quickly put at ease with his performances no doubt. For the stat lovers out there, Ogden won 62 of the 77 splits raced over the weekend. When asked about his performances Ogden stated “the body performed surprisingly well, and technically I was very sound with my largest mistake over the three days being maybe 20 seconds maximum. The weekend was a super time and Wellington OC did a terrific job at continuing the high-quality events we have seen already this year”.

The next (and final) round of the NOL will be held in 3 weeks’ time at the Pokapu Central Champs in Hawkes Bay on Matariki Weekend (24-26 June). With a brand-new public holiday and 3-day weekend we get another wonderful opportunity to race – this time in the beautiful Hawkes Bay. For more information about the competitions see the event website here.