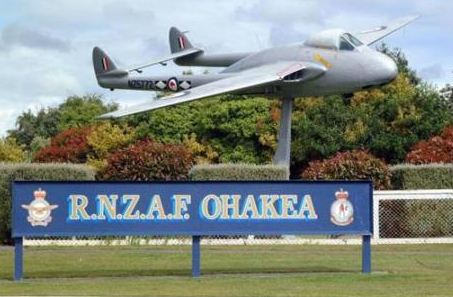 Orienteering Nationals kicked off on Easter Friday with a great Sprint at the Ohakea Air Base.

The Elite Mens category was taken out by Tim Robertson, followed by Nick Hann and Shamus Morrison.  Darren Ashmore was pleased with his 8th place, commenting that he was probably already over 20 years old when all the competitors in front of him were born.  Sounds like the young legs won on the day!

In the Elite Womens category. Lizzie Ingham showed her class coming 1st, followed up by Greta Knarston in 2nd, and Amber Morrison in 3rd.

Marquita Gelderman, from NorthWest, showed her class, streaking ahead of her competitors in Womens 45, the largest Womens grade.  There was some good competition in the Womens 40 grade, with Katie Hill just pipping Antonia Wood.

Full results for all the age grades can be found at Orienteering Nationals 2014 Sprint WinSplits.

The next event, on the Saturday of Easter Weekend, will be the Middle on the highly intricate and technical map of Manga Pirau.