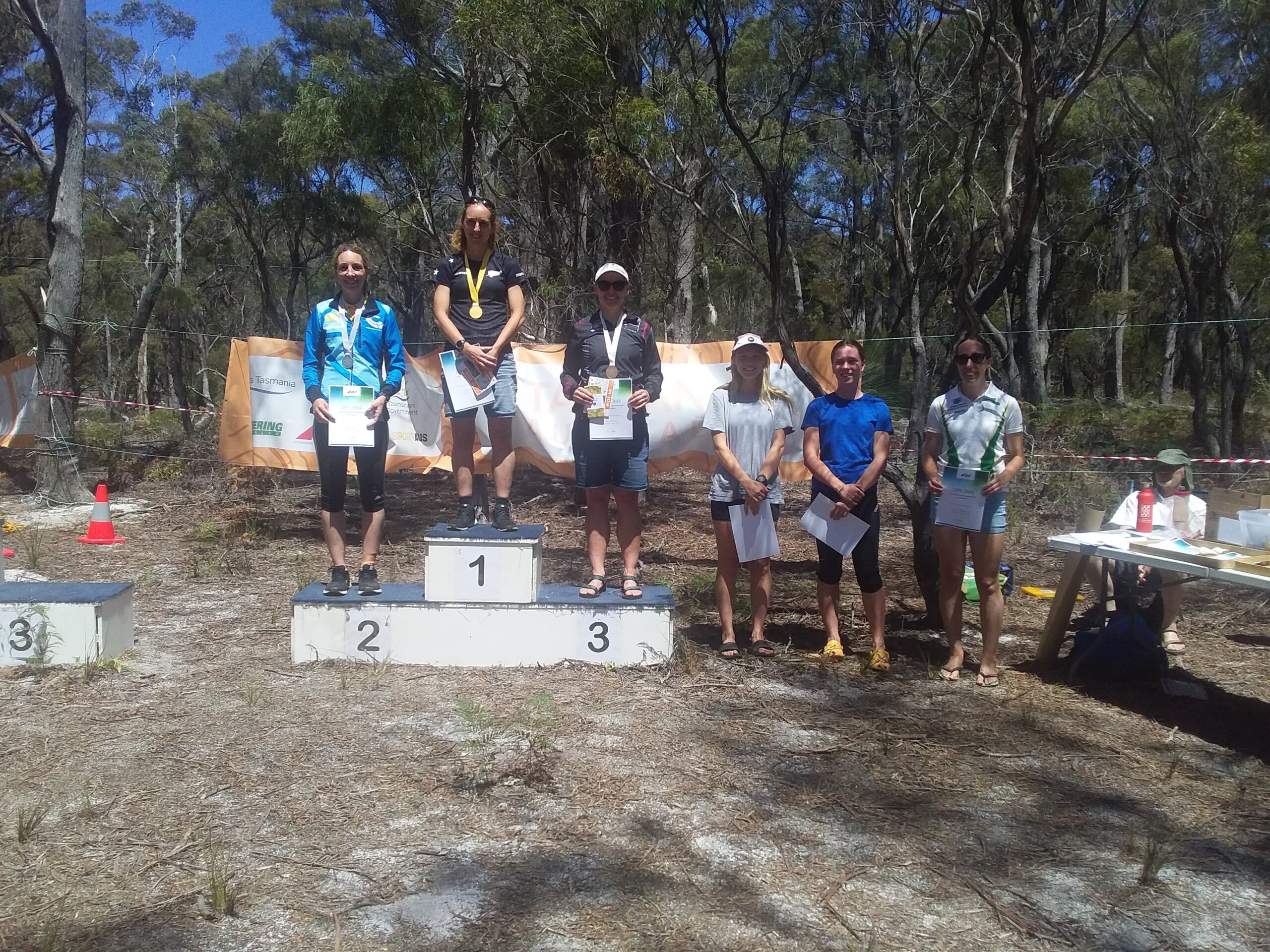 NZL had mixed results in the Oceania Long Distance held on Bells Marsh, St Helens – a mixture of steep rock strewn slopes interspersed with very green gullies. Lizzie Ingham again led the way with an impressive 13 minute winning margin in W21E in a time of 84:35 for just over 9k. As Oceania Champion Lizzie now gets a personal place in the long distance for WOC2023 in Switzerland, increasing NZL’s representation in it to 3.

Zefa Fa’avae also starred and produced surely one of the best runs by a NZL junior in stepping up to M21E and finishing in 4th place. Zefa was just under a minute ahead of Toby Scott in 5th. Toby had high hopes for this race but a bout of covid just before Christmas left him struggling.

For presumably organizational reasons SI-Air was not used and this caused some issues. Felix Hunt ran the fastest time in M20 but, swiping rather than punching at the drinks control, registered as a mp. Kaia Joergensen suffered the same fate in W21E.

In W20 Anna Babington took 6th place in Oceania (7th overall but with a British winner), while Tide Fa’avae produced her best run yet at this level to finish 9th. With Felix’s mishap and Ryan Moore also a mp, Riley Croxford was top M20 in 8th place.

The action nows moves to Wednesday’s middle distance amid the tin mining areas around St Helens. These will prove a very different challenge. Personal WOC places are again up for grabs in the 21E classes.