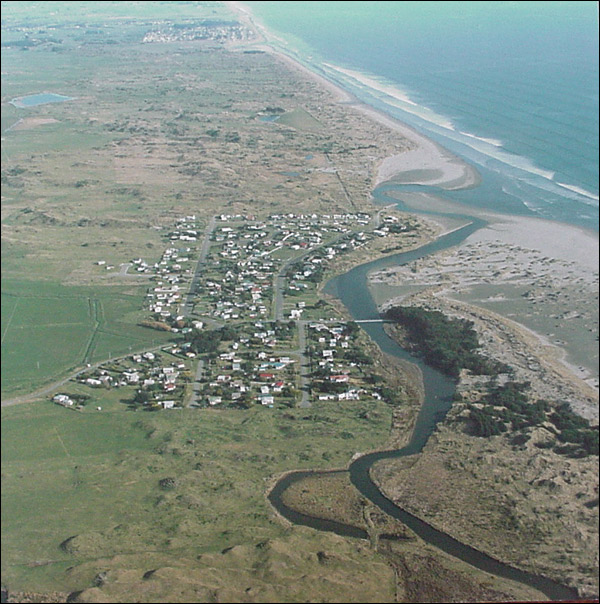 As expected, tight racing and close fields were the order of the day on the Manga Pirau map at Waikawa, a peaceful seaside town on the Horowhenua coast. That tranquility was broken, at least for a few hours, as competitors wrestled with the challenges of the coastal dunes and forest, which was also the location for the Oceania and World Cup middle distance race in 2013.
Open mens and womans classes saw similar higher order place getters to yesterdays sprint in Ohakea, and once again Tim Robertson featured, effectively controlling his speed and minimising mistakes to take the win in Mens Open, with Nick Hann and Gene Beveridge coming through for 2nd and 3rd respectively. 2nd yesterday in the Womans Open, Greta Knarston galloped through with a smooth run to take out the win, with Piret Klade rounding off in 2nd place, and yesterdays winner Lizzie Ingham in 3rd.
The junior classes once again demonstrated the emerging talent coming through in NZ orienteering with some outstanding runs from many individuals in this very tricky terrain. Sonia Hollands pipped Kayla Fairbairn by 15 seconds for the win, and Rebecca Gray came through to take third in the Womans 20. Cameron Tier belted through course 2 in just over 27 minutes to take the win in Mens 20, some 7 minutes faster than the Open Woman on the same course, with Matt Goodall and Ed Cory-Wright rounding off 2nd and 3rd respectively.
The other junior classes also had very strong fields, a sign that the sport is in good shape with the large number of juniors coming through from schools orienteering.

Full results for all the age grades can be found at Orienteering Nationals 2014 Middle WinSplits.

The next event, on the Sunday of Easter Weekend, will be the Long Distance race, on the very fast and open terrain of Fusilier, just North of Bulls.