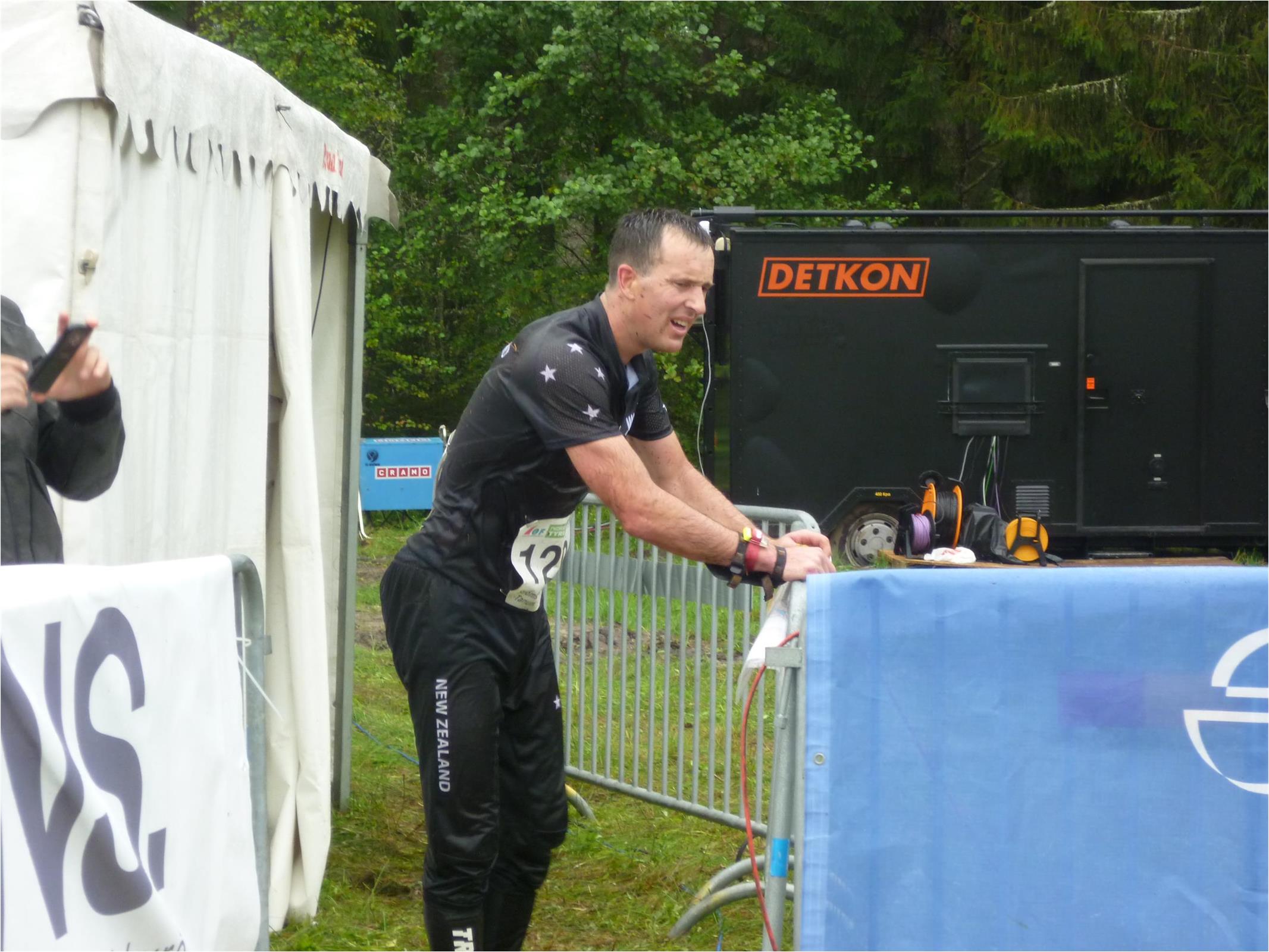 A very wet day in Stromstad turned the WOC Long Distance into something of a survival test as the long tough courses across the marshes and heather clad tops provided an extremely thorough test of both fitness and navigation. The four Kiwis – Imogene Scott, Lizzie Ingham, Gene Beveridge and Chris Forne – all had mixed feelings, pleased to have completed such a rigorous test, but a little disappointed in results – Imogene 50th, Lizzie 31st, Gene 52nd and Chris 40th.

Imogene was the first NZL starter to experience the arena start followed by a very short first leg leading into, for both men and women, a leg which was 3.5k on the direct line and with multiple longer route choice options (maps at http://live.woc2016.se/blog/2016/08/25/maps-3/). It was this early leg where Lizzie came unstuck, or rather stuck as she struggled to get through a marsh part way through, losing enough time to end her top 20 hopes. Imogene remained relatively steady as the courses visited Norway for one control before crossing back over the border, but struggled on the final loop after the arena passage as she really tired. Chris too dropped time on the long leg to number 2, and apart from a few small wavers felt that his running speed was just a little too slow, but with his years of adventure racing background, revelled in the experience perhaps a little more than his teammates, as the arena gradually turned to mud. Gene felt he got the main route choices right and apart from a couple of losses of concentration was pretty clean but off the pace.

The Swedish proposal to increase the womens long distance winning time (to be voted on at the IOF General Assembly on Friday morning) seems to have been inadvertently(?) introduced in advance, although the conditions could not stop Tove Alexandersson adding to her middle distance title in a time of 86:24, ahead of Natalie Gemperle of Russia and Norway’s Anna Margrethe Hausken Norberg. In the men’s race Olav Lundanes of Norway won his 4th World Title, not quite 2 minutes ahead of perennial favourite Thierry Gueorgiou, with Daniel Hubmann of Switzerland in 3rd.

Now only the relay remains once the aches and pains of today wear off (Chris’ knee – which introduced itself to a rock – and Lizzie’s big toe – which kicked a rock). Tomorrow, however, we have the big event of the week -the TransTasman mini-golf match at Dafto Resort. Report to follow….