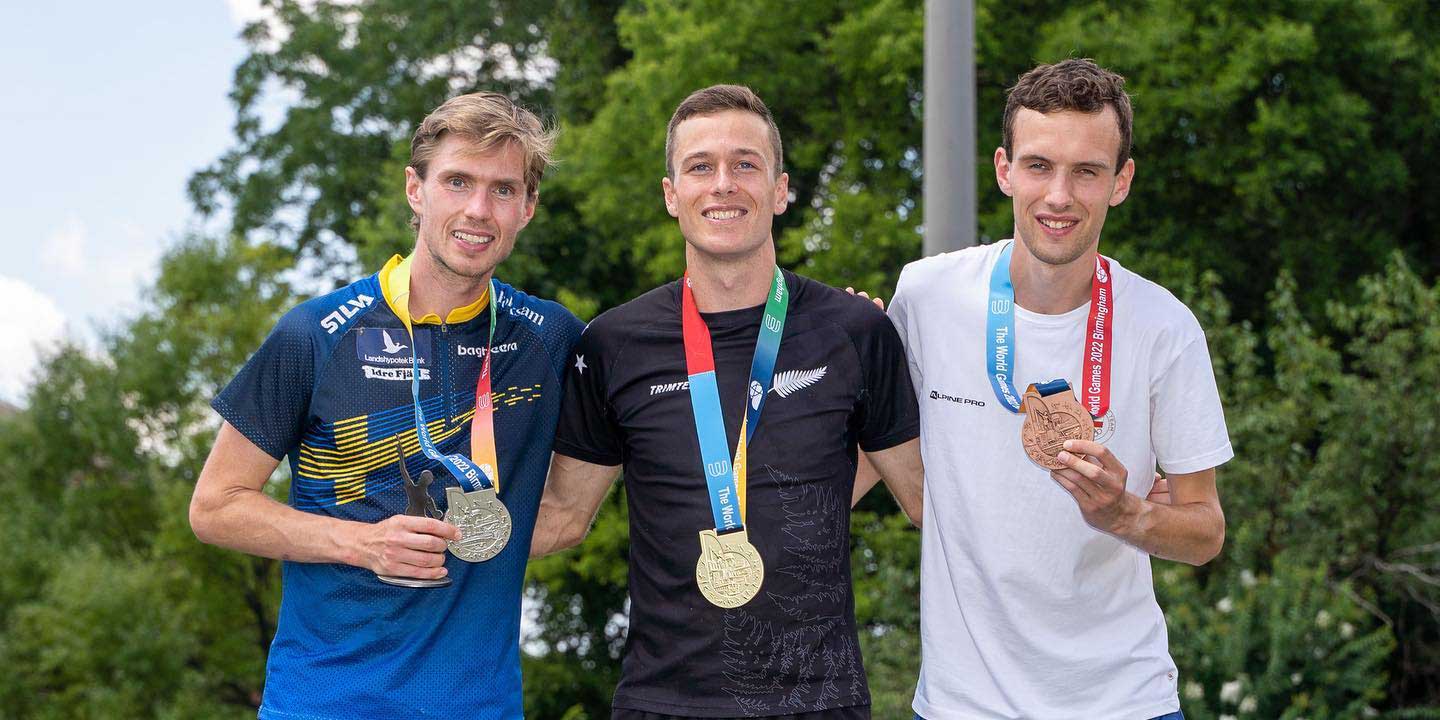 Tim Robertson has taken the biggest title yet of his career with a 9 second victory in the World Games sprint, held overnight in Birmingham, Alabama.

Following from two JWOC gold medals, a World Universities title, and silver and bronze in the WOC sprint, Tim finally nailed a really big one with a narrow win over Martin Regborn of Sweden.

The Czech, Tomas Krivda was in third place ahead of recently crowned World Champions Kasper Harlem Fosser (sprint) and Matthias Kyburz (KO) who were joint 4th. Aston Key of Australia backed up his podium place in the WOC sprint with another excellent performance for 7th place.

Tim Robertson said “It was a really tough race on a map that felt like a stretched out New Zealand university campus. I started very hard and managed to keep high enough speed to hold on at the end. 34 degrees and high humidity made the course very physical.”

The campus style sprint, with widely spaced buildings, was much more in common with the kind of sprint we see in New Zealand compared to the town based races seen at WOC, presenting very different problems to the field of 39 athletes. Tim took the lead at the very first control and never lost it in a thoroughly impressive performance.

The World Games is held every 4 years and is billed as the “Olympics for non-Olympic sports”. The orienteering field is restricted to 2 men and 2 women from each of the top 11 ranked nations, plus 2 men and 2 women from one country in each of the North American, South American, Asian, African and Oceania regions. In the absence of results from WOC2021, the Oceania places this year went to Australia based on the Nations League table. Tim was therefore the only New Zealand competitor after being given a personal place due to his bronze medal at WOC2021.

The orienteering at the World Games continues tonight with a middle distance in Oak Mountain Park and finishes with a sprint relay on Sunday.