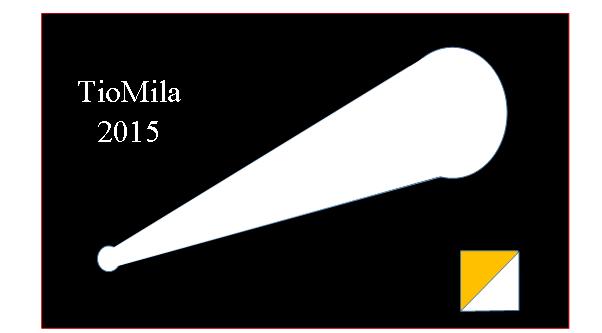 Six of New Zealand’s top orienteers were in action at the weekend at the Swedish TioMila relays. With over 300 10-man teams in the all-night men’s relay and a similar number in the 5-leg women’s race, the Kiwi contribution amounted to no more than 0.1% of the field, but was not insignificant in performance.

The men’s race started at 9.30 on Saturday night and, totalling about 115 k in length, took the top teams just over 10 hours. Even with the short northern nights several of the early legs were in the dark. This included both legs 3 and 4 run by Toby Scott (OK Linne 5) and Ross Morrison (Rajamaen R 2) respectively. Not surprisingly, Toby’s 16.5 k took him just over 2 hours, while Ross’s short (by comparison) 8.6 k was cut out in just under the hour. Pride of place, however, went to Tim Robertson on the last leg for Fossum IF 1. This was 17.5 k, albeit back in the light of Sunday morning, and Tim’s 1 hr 50 min saw his team finish in a highly respectable 26th place. Matt Ogden was also scheduled to run the last leg for the highly fancied OK Linne top team, but after a mispunch on leg 3 the team decided to retire rather than continue on through the night. Amazingly, after 10 hours of racing the final result came down pretty well to a sprint finish with IFG Gothenburg holding out Halden SK by a mere 3 seconds!

The women’s race, only 40 k in length, was run of Saturday afternoon and was not quite as close as the men’s, with Domnarverts 1 heading Jarla Orienteering home by nearly 40 s in just under 4 hours. Kate Morrison, on the first 7.3 k leg for OK Linne 4, was round in a highly respectable 49 minutes. Lizzie Ingham (Halden SK 2) drew the long 4th leg (10.5 ), which had no forking, getting through in just over 65 minutes, with the team finishing in 23rd place. Not satisfied with this Lizzie also ran leg 7 (another 10+ k) of the men’s race as part of an international women’s team (Nightfoxes International) containing, among others, Simone Niggli, Tove Alexandersson  and Ida Bobach. Although finishing in a time that would have seen them just outside the top 100, they didn’t register as Tove, of all people, mispunched on leg 3!

All 6 Kiwis will now prepare for Round 2 of the 2015 World Cup which will be held in Norway and Sweden in early June, where they will also be joined by Laura Robertson and Shamus Morrison.