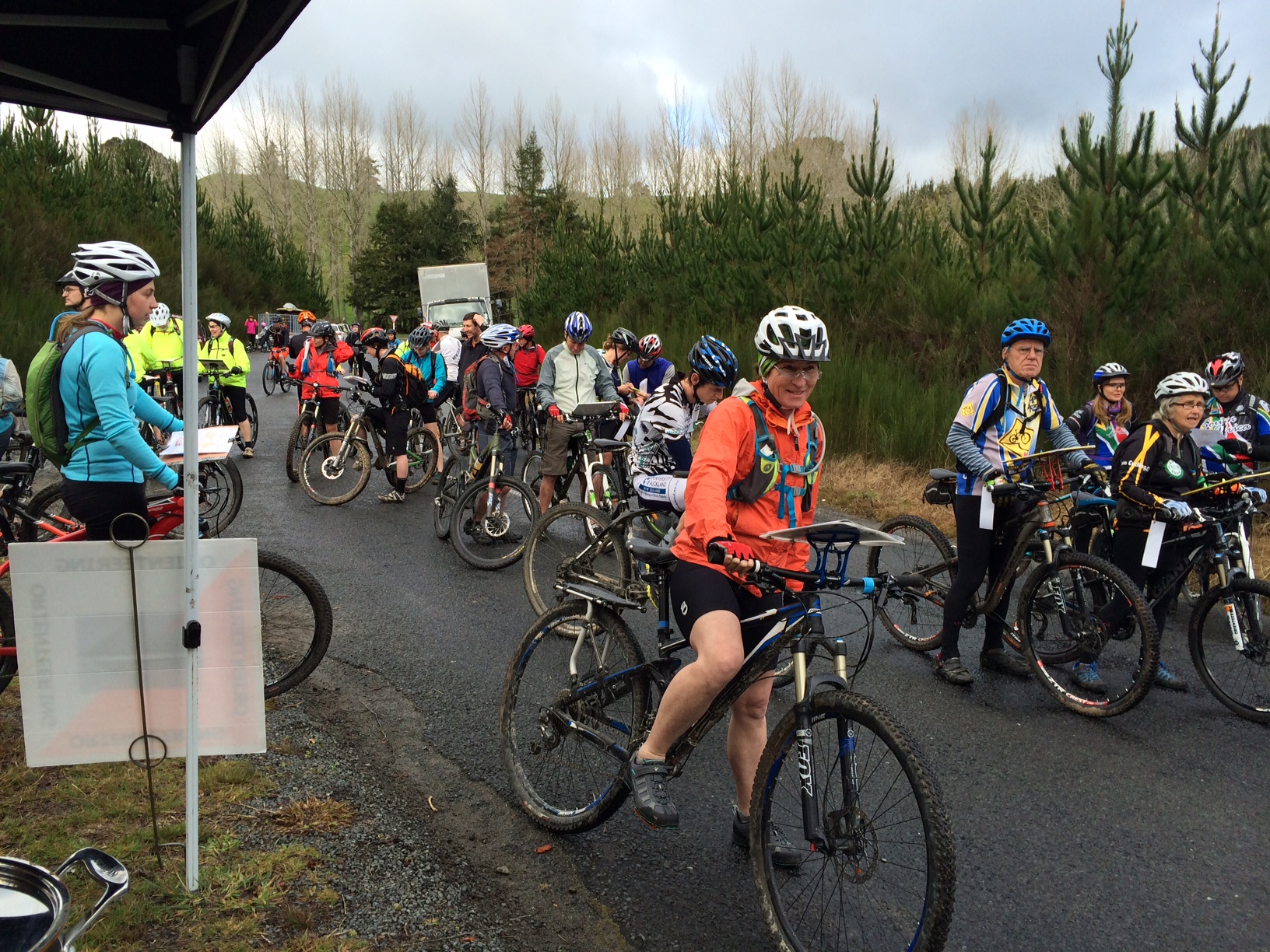 Over 80 MTBO riders competed in the 3 events that make up the annual Vegas Vindaloo MTBO challenge in Rotorua on the 5-6 Sept 2015. The 3 events provided contrasting challenges, starting with a sprint event in the Government Gardens area of down town Rotorua early Saturday which saw a dead flat course that offered speed, but complex route choices with much off track as well as on track travel options. Established mountain bikers took the first two places in the mens, with Liam Drew (Wellington) winning, 22 secs ahead of Brent Simpson (New Plymouth), and established orienteer and now Rotorua local Neil Kerrison taking 3rd. NZ’s most successful MTBO rider, Marquita Gelderman (Helensville), took out the womans race, 35 secs ahead of Christine Browne (Tauranga), and impressive newcomer and junior Georgia Skelton (Auckland – and only 14yrs old) rode to an outstanding 3rd place.

The afternoon classic race provided a contrast to the morning, offering steep and physically demanding terrain, in amongst the complex trail network of the Whakarewarewa Forest. Bikers were challenged with a navigationally demanding start in amongst the Whakarewarewa School and Scion buildings, before being confronted by the route choice challenges and hills in the forest proper. Mountain biker Brent Simpson went one better than the sprint to dominate the mens event, almost 10 minutes ahead of MTBO legend Rob Garden (Helensville) in 2nd, and veteran MTBOer Dave King (Wellington) a further 8 minutes back in 3rd. Marquita Gelderman rounded off a good days racing winning the womans, 15 minutes ahead of up and coming local Tui Hambrook (Tauranga) in 2nd, and the impressive Georgia Skelton once again in 3rd, only 7 minutes adrift of Tui.

Day two saw riders assemble in the Green Lake area of the Whakarewarewa Forest for a 2hr rogaine. An issue with the gate access meant the event centre had to be changed at the last minute, however this did not diminish the route choice options, with riders heading in four distinct directions at the start. This part of the forest provided a contrast to the busy trails of the main part of the forest used in day one, and explored the less used trails and forest roads around the Green Lake area. Riders arriving back at the end of their ride were offered additional rogaine points if they participated in the chilli challenge – a cup of super hot vindaloo curry which if eaten, earned them an additional 40 points. Surprisingly some even came back for seconds, however the overall consensus was that the heat certainly justified the points value! This time the wisdom of legends Rob Garden and Marquita Gelderman paid dividends, with each winning the mens and womans classes respectively. Brent Simpson concluded a successful weekend with 2nd in the mens, and Neil Kerrison once again proving his potential as a competitor on 2 wheels in 3rd. Rachel Drew (Wellington) who had been just missing out on the placings earlier in the weekend, took out 2nd in the womans, and Rotorua newcomer Anna Gray coming in close behind in 3rd. Phil White and Anne Mortimer also had an excellent ride, winning the teams section of the rogaine.

A points system used across the three events allowed an overall Vindaloo King and Queen title to be awarded. No surprises in the womans with Marquita Gelderman taking the womans crown, however consistent riding and a dominant performance in the classic giving Brent Simpson the mens title for 2015.

Overall the weekend was a great success and huge fun. Particularly pleasing was the level of interest of new riders coming into the sport and competing well. There is strong interest across competitor ranks to participate in more MTBO events, and our focus must now be on developing more maps and hosting more MTBO events to capitalize on this and grow this great sport.