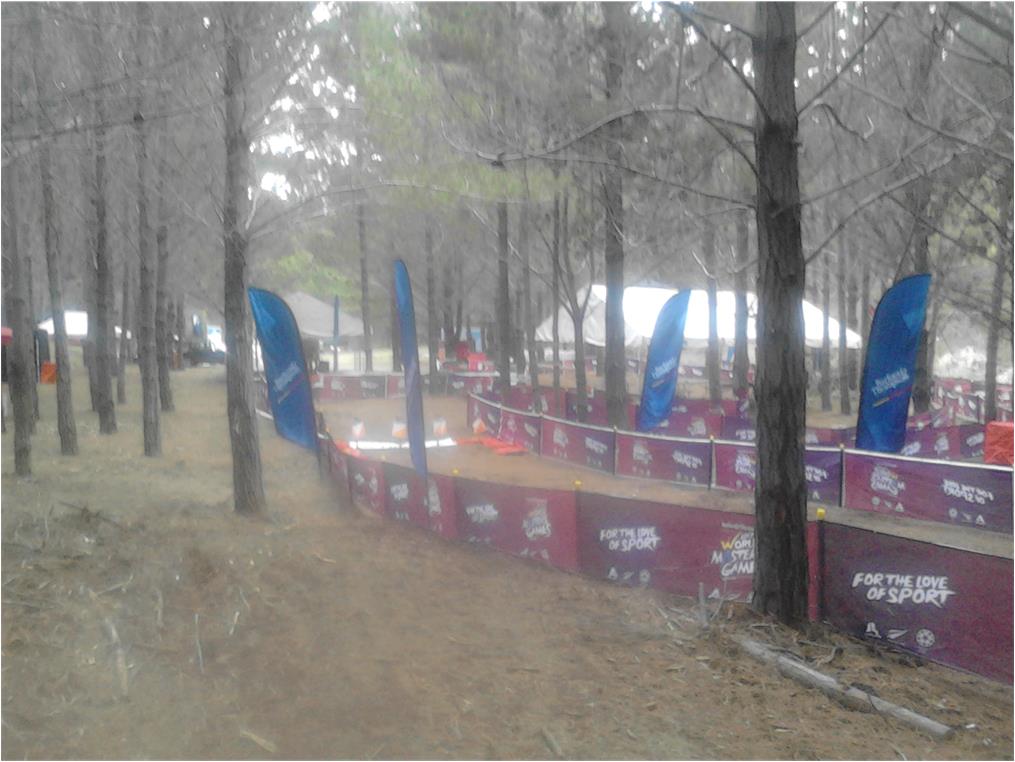 3.45 pm Friday and the arena is set and almost ready to go, controls are out and checked, the starts are laid out waiting the masses, so what are New Zealand’s prospects for breaking the gold medal duck?

Carsten Joergensen (M45) and Tania Larsen (W45) will both have the penultimate starts in their respective finals. M45 looks particularly wide open with no one athlete finishing in the top 5 in both qualifying races. Tania, on the other hand, may have her work cut-out to hold off Australia’s 2016 WOC representative and winner of Monday’s Sprint Final, Natasha Key. In W55 New Zealand will have 3 of the top 10 qualifiers and last starters in Carey Nazzer, Philippa Poole and Jean Cory-Wright. Carey, a bronze medallist in WMOC2000 in the Manawatu, is probably the best prospect, although Jean will be hoping to avoid the kind of costly error in Qualification 2 which dropped her down the rankings. In M50 and M65 respectively, Al Cory-Wright and Rob Garden both finished second in their heats and will start 4th last with realistic prospects of medals, while Karl Dravitzki will also fill 4th last start spot in M35. Although possibly not likely to figure in the medals, the largest Kiwi contingent in the top 10 is in W70 where Jill Dalton, Trish Aspin, Royce Mills and Kate Fortune will start in 6th, 7th, 8th and 10th places.