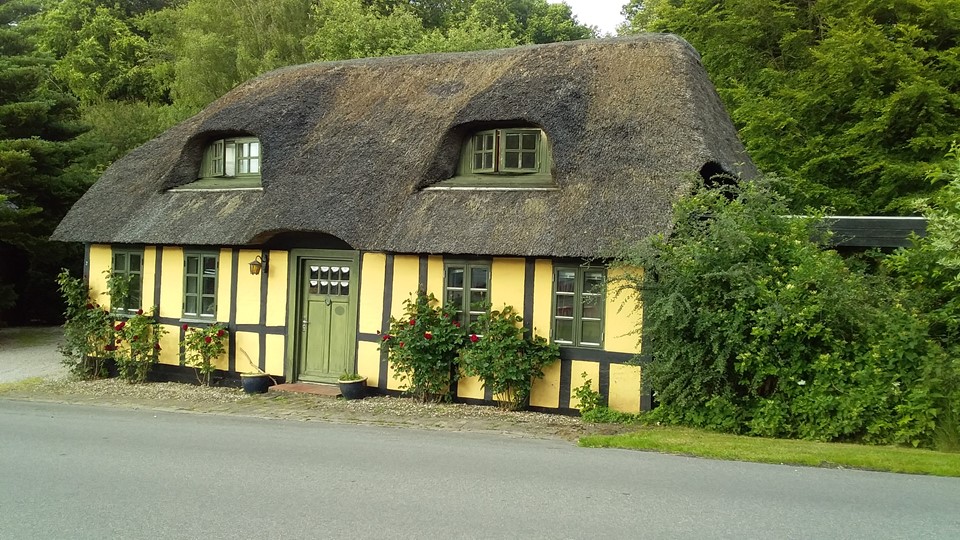 After what has thus far been a long but promising build-up to the first ever sprint-only WOC, with less than a week to go Covid has reared its ugly head. After running at Jukola in Finland at the weekend, and feeling a ticklish throat on Monday, Lizzie tested positive on Tuesday morning. While her symptoms are so far mild it has sent a shiver through the team and led to extra precautions being adopted, overseen by the two doctors in the team – Imogene and Tommy. Tim, who is only due to join the team on Friday, has sensibly elect to stay elsewhere, with his parents, rather then join the rest of team.

Fortunately, given that selection of WOC accommodation is very much a gamble, this year’s choice in the little village of Norup seems to have hit the jackpot and is spacious enough to allow for sensible isolation. So windows are open, Lizzie has meals delivered to the door of her room, sole use of one of the two bathrooms, and there is a spacious enough garden to utilize when others are out. In Denmark isolation is specified as 4 days, with no requirement for others living at the same place. The 4 days which will end on Saturday morning, just as final entries for the sprint relay close!

Norup itself is about 20-30 k from each of the three WOC venues and is surrounded by woodland and a lake, and boasts its own castle, now home to a school of fine arts. Not deterred by the drama Gene, Imogene, Tommy, Joseph and Penelope have been putting the finishing touches to training with a session today in Assens, and a KO session in nearby Grinsted planned for Thursday.