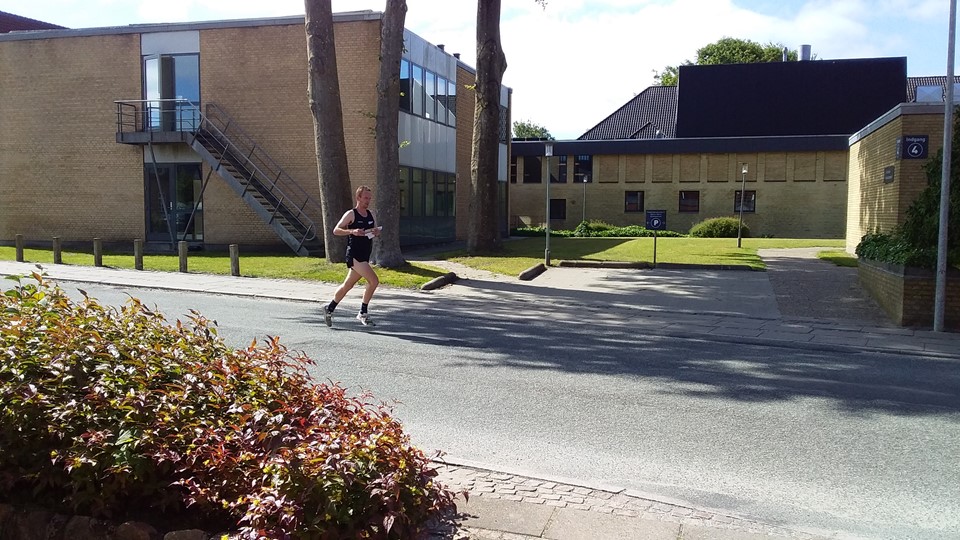 With the late night Thursday arrival of Tim, Anna and John at their accommodation some 10 minutes drive from Norup, the New Zealand team for WOC is now fully assembled. Even with the absence of Laura, still stranded in the UK still waiting for her residency to come through, without which she cannot leave the country, this is probably the strongest WOC team NZL has yet assembled.

While managers Malcolm and Anna dealt with accreditation at the event centre in Kolding, several of the team had a final training run at Haderslev, following on from Thursday’s visit to Grinsted.

A full team meeting this evening discussed both the likely course layout for Sunday’s sprint relay and team selection. The hardest decision was always going to be who would accompany Tim as the second male runner. Tommy, with a slightly sore foot for a few days, has graciously deferred to Joseph on leg 2 to precede Tim on leg 3. The absence of Laura, and with Lizzie still being in Covid-recovery, meant the choice of women was much less problematic and came down only to running order. The decision there is that Penelope will lead off in the mass start, with Imogene to take the anchor leg.

What is different this WOC is that the Danes have made available a lot of the basic mapping information so that teams can create there own versions of the maps – the idea being to ensure that all teams have the same information, With Joseph, in association with many others, having been working away to produce our own version of Kolding for the sprint relay, there was discussion, along with inspection of Google Street View, of what look like complex areas of the map. In this instance this includes an interesting multi-level area relatively close to the arena. This is the first time that NZL has attempted such detailed pre-event map analysis.

Currently, the highest placing yet achieved by NZL in the WOC sprint relay is 12th, in both Scotland in 2015 and in Latvia in 2018. The sprint relay on Sunday starts at 1730 local time (0330 Monday NZST) and can be followed on IOF Live at https://orienteering.sport/event/world-orienteering-championships-2/sprint-relay/

The weather so far in Denmark has been warm and sunny, reaching 28C today before a dramatic and short-lived downpour in the early evening. The prediction for both Saturday and Sunday is somewhat cooler (low 20s) with no rain on the horizon.