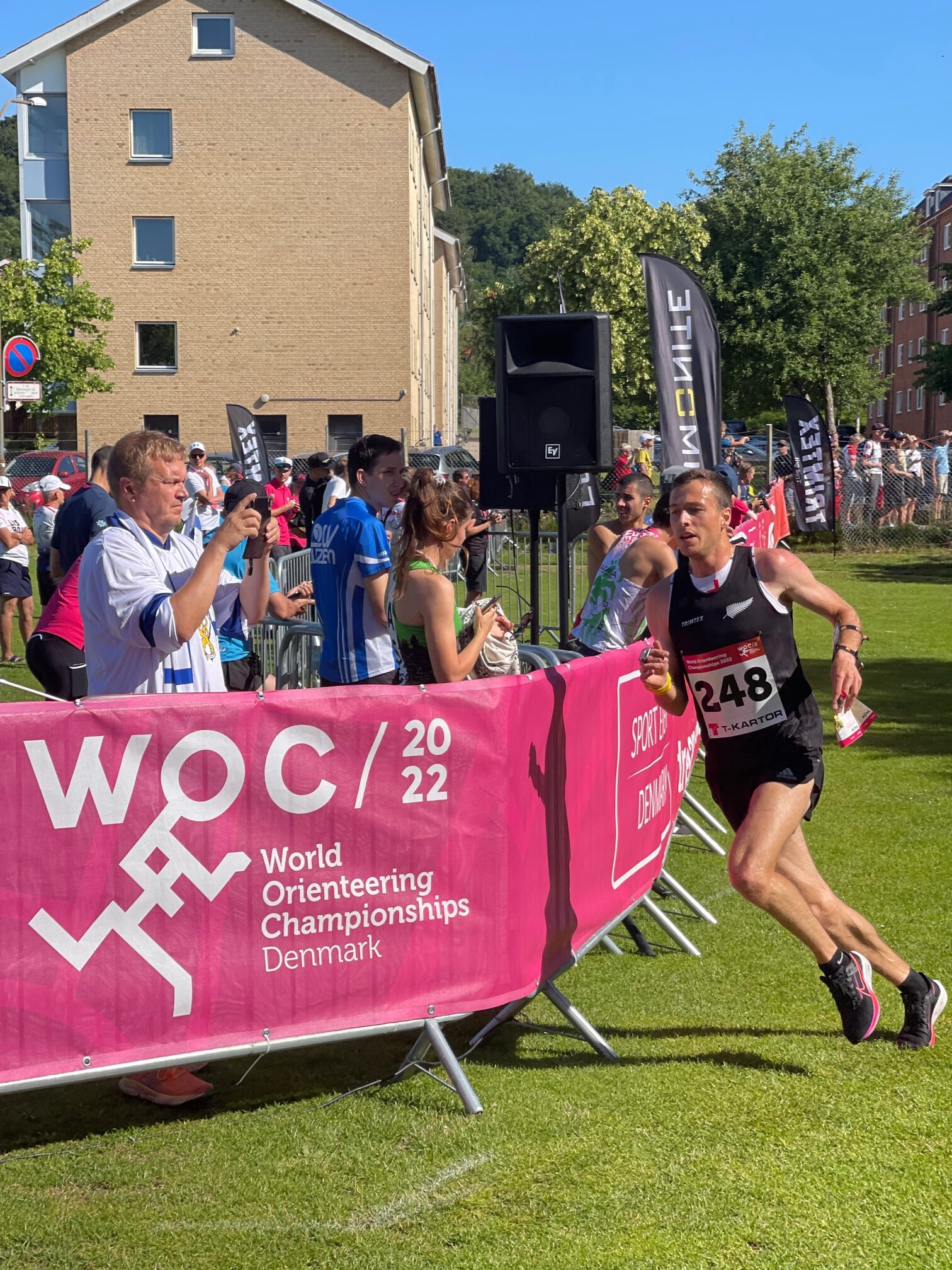 The WOC sprint held in Vejle really was a series of highs and lows for NZL. The morning qualification saw Tim in his, now, usual place up near the top of his qualifying group. Joseph continues what has been a really good first WOC by comfortable qualifying despite a few minor errors. Sadly, Gene made a biggie and missed out, while Tommy crept into the final by the skin of his teeth by finishing not just 15th, but equal 15th, meaning the men’s final had 46 not 45 starters!

As has been the case all week the women’s qualification started after the men and Imogene and Lizzie went out. Penelope had by far her best run of the week finishing 2nd in her group, while laura, like Tommy, kept us all on edge with another qualification in 5th place.

There was then a hiatus of about 5 hours before quarantine for the final opened. This wa slong enough for the team to repair to accommodation, shower, relax, and, for some, take a swim in the local lake. Then it was back to quarantine – another 3+ hours of standing/sitting/lying around. For Malcolm, as manager, this meant completely missing the entire men’s race, and only catching the very last part of the women’s after the last Kiwi had left for the start.

Unfortunately, the final did not go to plan. Tim made an early mistake, running into the wrong passageway and finding the route blocked. This was then compounded by a similar mistake later on and his chances of another WOC medal had disappeared. It shows how much Tim has raised our expectations over the last few years when we consider 21st place somewhat disappointing! Joseph and Tommy ran very similar races but both paid the price of small mistakes finishing 38th and 41st respectively.

After her blinding run in the morning Penelope started well in the final too and was well-placed at the arena run-through. A bad mistake on control 10 dropped her down the field and was then followed by another on 16, finishing in 43rd place. The top NZL women’s run was thus from Laura who was steady throughout to record 28th place.

The men’s title went to Kasper Harlem Fosser of Norway who had a 16 s margin over Sweden’s Gustav Bergman, with Yannick Michiels of Belgium in 3rd a further 8 s back. In a major surprise in the women’s race Tove Alexandersson finished out of the medals in 6th place as Britain’s Megan Carter-Davies won her first world title, following silvers in the sprint relay and the KO sprint. To complete an excellent day for the Brits Alice Leake took 3rd place, with Simona Aebersold of Switzerland in between.

Congratulations also to Aston Key from Australia for an absolutely brilliant 5th place.

So another WOC is over and there will now be a period of reflection on how the team has performed and what the implications of this first ever sprint only WOC are for NZL. A few brief comments can be made though, even now.