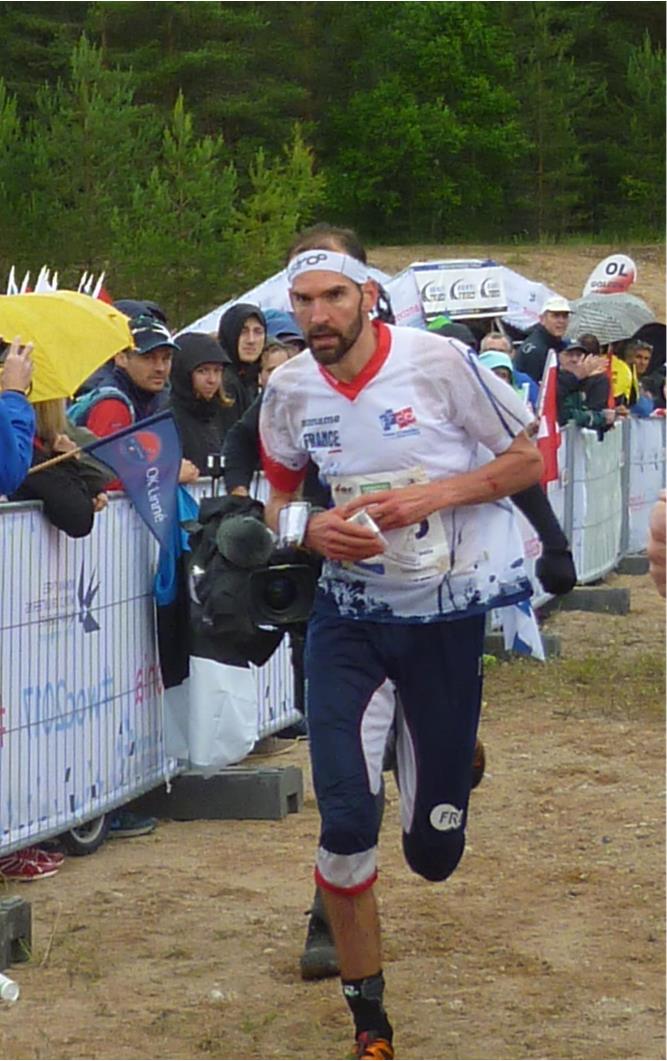 Today’s middle distance on Elva-Vitipalu saw the most satisfactory NZL performance of the week so far. Nick, recovering from the disappointment of his unfortunate DSQ in the long distance ran a good solid race to finish 39th in 41:11 and was closely backed up by Gene only 29 seconds behind in 41st. Between them these were the best pair of  best men’s middle distance performances for some time. Ross, with the earliest start of the men, was 52nd. Whereas Ross made mistakes early on in the very technical, green forest – reminiscent to a degree to sand-dune terrain, but with a heavy emphasis on the deep depressions and, in places, very narrow ridges – Nick and Gene’s biggest worry were tired legs from the long distance, in Nick’s case tired for no reward! Much to the overall delight of the crowd the men’s title when to Thierry Gueorgiou, running his last ever individual race at WOC after a 20 year career at the top, and winning his 8th (eighth) middle distance title with a commanding race that put him 25 seconds ahead of Fabian Hertner with another 5 seconds to Ukraines Oleksandr Kratov. 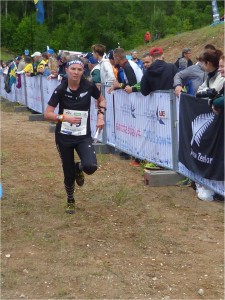 Laura on the arena run through 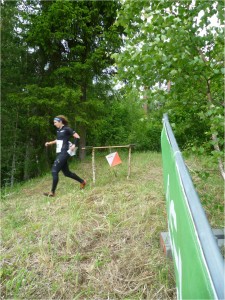 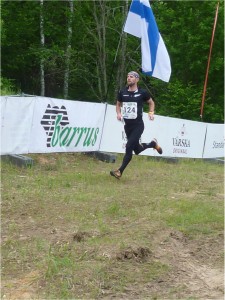 One feature of the men’s race was the disqualification of long disatnce champion Olav Lundanes fro punching a wrong control. This was where the men’s and women’s courses had separate controls, wihtin 60 m of each other, one in a large depression, the other on a very low spur jutting out into a large depression. Several other athletes, including Lizzie, punched thew rong control but thn corrected, and it seems that this was a rather lax interpretation of “similar features” wiithin the regulation 60m. I know of many New Zealand controllers who would not have allowed this.

Despite this wobble, in the women’s race Lizzie was again the outstanding performer. For much of the race a finish in the mid-teens was on the cards but time lost either side of the road crossing, and suffering towards the end, when she was distracted by a following TV cameraman, saw her finish 22nd. In middle distance at WOC Lizzie has now finished 18, 19, 20, 22 and 24 – as she says, she knows her place! Laura, however, did not have a good day, dropping a lot of time very early on although she ran a good second half after the arena run through to finish in 50th place. As in the long distance, the middle was no contest, as Tove Alexandersson won her 4th straight forest gold by a margin of over 2 minutes from Marianne Andersen of Norway with Venla Harju of Finland in bronze medla position.

Attention now turns to Friday’s relays where the NZL teams will be seeking high enough places to ensure retaining their group 2 status. At this stage with the relay counting heavily in terms of points the positions in Group 2 are as follows.

With the top team to be promoted to Group 1 and the two bottom teams relegated to Group 3, the men need to make sure the y finish no further than 4 places lower than Bulgaria or 5 places lower than Hungary. The women, on the other hand, can over take both Spain and Hungary by finihsing 2 places ahead of them.