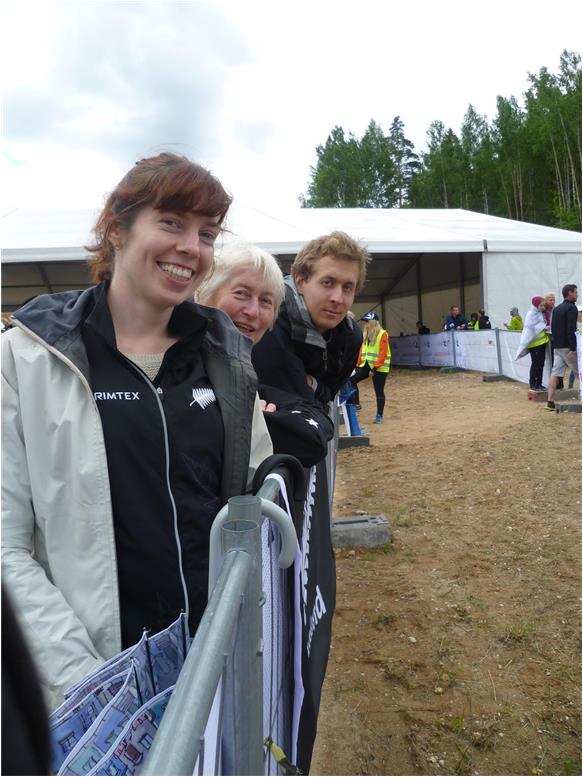 Relay day at WOC2016 in Sweden was not particularly auspicious for NZL. However, it was nothing on relay day at WOC2017 in Estonia! Apart from Nick and Laura all the NZl team members either struggled or had disasters on the, admittedly, complex terrain.

The day started badly whe  Gene dropped almost 6 minutes on the first control, a relatively long leg through and into a maze of depressions. He was not alone as Switzerland, Great Britain and Russia all also lost significant time which ultimately put them out of medal contention. Coming in in 25th palce Gene handed over to Nick who put in by far the ebst team performance of the day, pulling th emen up by 8 places as he handed over to Tim. Unfortunately Gene’s problems paled in comparison to those encountered by Tim who, having not run the middle on overlapping terrain, admitted that he never got into the map, resulting in NZL dropping back to 25th. At the front of the field after Frederic Tranchard had given france the lead after the first leg, it was Norway all the way as Olav Lundanes put them into the lead and Magne Daehli maintained the lead over Thierry Gueorgiou, on the last leg for France, to retain the title that Norway won in Sweden last year. Sweden improved from 7th to 4th to 3rd to take the bronze, with hosts Estonia pipping Russia for 4th

Things were little better for the women. Lizzie suffered both physically and mentally on leg 1 struggling through in 20th place. On leg 2 Imogene, again without the benefit of have running the middle distance, had the kind of nightmare run that we all dread and dropped 2 places to 22th. Laura then closed the door on the possibility of relegation to group 3, if NZL finished too far behind Italy, by producing a steady run that maintained 22nd place, 2 lower than last year in Sweden. In terms of the gold medal Sweden led from start to finish coming in with an impressive 2 minute 41 second margin over last year’s winners Russia who overtook Finland on th elast leg to take 2nd.

So WOC is over again for another year. How did we fair against expectations? Clearly the sprint, where we had hopes for a high place for im, was a disaster, partly a result of the unexpected style of the courses. The sprint relay was solid if unspectacular. However, the long and middle were good with excellent performances again by Lizzie, but good results also for Gene, a solid performance in the long from Imogene, and, notwithstanding the DSQ in the long, a great first WOC for Nick. The relays, as above were a near disaster.  What do we need to concentrate on? First thought would be that it is a worry that we cannot seem to put together 3 consistent runs in a relay, so some targetted training at relay racing e.g. mass start intervals with splits, seems to be in order. Secondly, the changing nature of the sprint (and , yes WOC 2018 sprint in Latvia looks to follow the recent trend) means that we need to concentrate on developing more speed in sprint orienteering where the races are becoming much less technical. Thridly, although the performances of Nick and Gene (and others present and not present at WOC2017) bode well for the men, we definitely need to develop more depth in the women. Let’s start planning now.