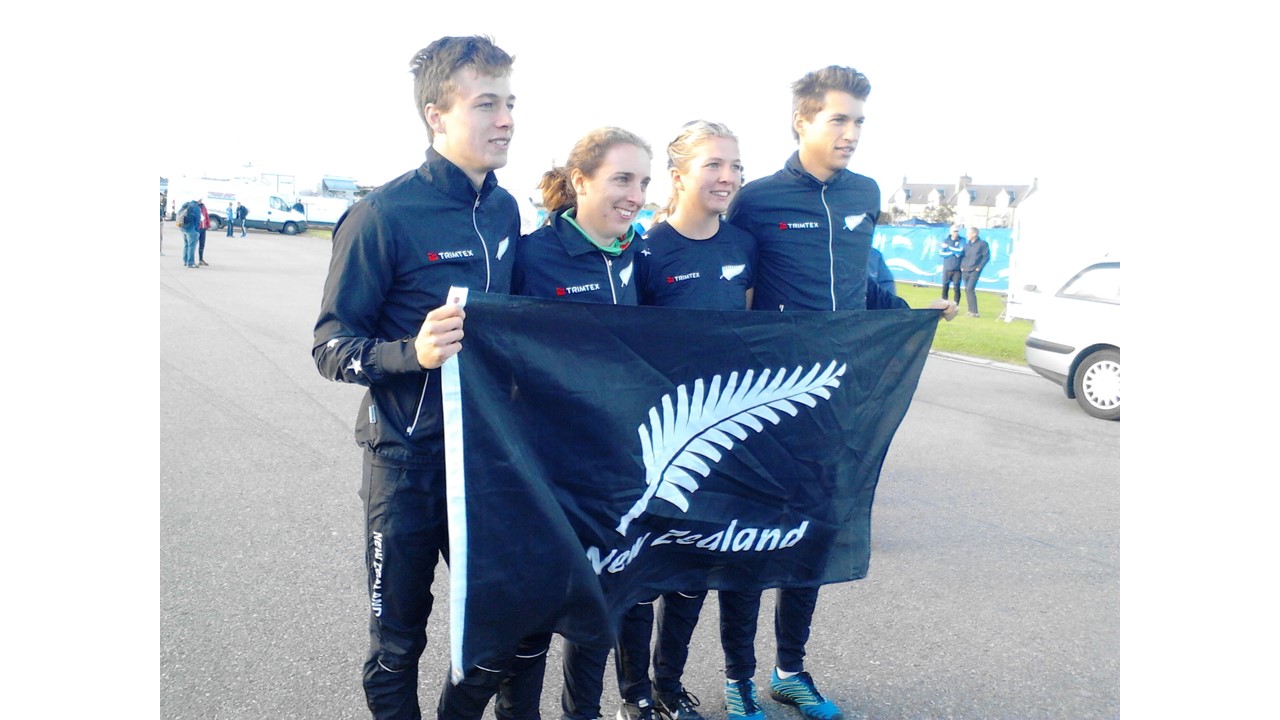 A storming finish by Laura, mowing down the Italian runner on the short steep climb to the last control, has seen Team NZL finish 12th in tonight’s sprint relay held in Nairn. This is one place higher than last year’s finish in Italy, but slightly frustrating as the top 10 was in touching distance.

Lizzie on the first leg, running in the lead group of 4 or 5, suffered what she referred to as an “administrative error” misreading the map on a tight loop in the grassy dunes at the western end of the map, erroneously visiting control 19 on the way to 18. The 20s this cost saw her drop from the lead bunch, coming in 13th place to hand over the Gene. Gene was generally happy with his run but he too lost 20s when he misread a narrow gap between houses, dropping 1 place to hand over to Tim. Fourteenth was still Tim’s position as he handed over to Laura who had a reasonable gap to Italy and Estonia the two teams ahead. She quickly reeled in the latter of these but as legs tired at the end it was the incredible finishing burst that took her past Italy. 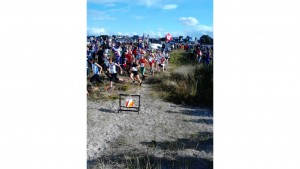 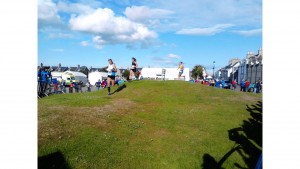 The race was a wire-to-wire win for Denmark, but not one without a lot of excitement. Emma Klingenberg carved out a big lead (46s) on leg 1. First Martin Hubmann and then Matthias Kyburz cut into this for the Swiss, and at the final changeover Maja Alm had a mere 1s lead over Judith Wyder and the stage looked set for a thrilling finish. However, Wyder has had injury problems and maybe these caught up with her as Alm pulled away, and then amazingly, with the finish in sight, both Norway and Russia went through the Swiss to take the silver and bronze. 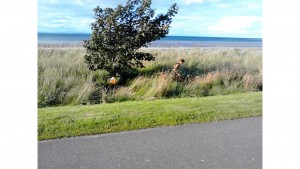 The courses were an interesting mix of rough open dunes, the narrow streets and alleyways of Fishertown on the banks of the River Nairn, and the rolling parkland on the sea front. However, the overriding impression is that although we hold our own in the second tier of the sprint relay, if we want to move higher NZL probably needs to develop specialist sprint orienteers, as many other nations have done or are doing.

Tomorrow of course we have the sprint final. Tim, Laura and Lizzie need to rest tired legs and front up again for their third sprint in 3 days. Imogene, who did not run today has the first start in the women’s field at 16:51 (03:51 Monday in NZ). Laura and Lizzie are separated by only 2 minutes with starts of 17:24 (04:24) and 17:26 (04:26) respectively, with only 9 starters after Lizzie, one of whom is Judith Wyder, assuming she recovers after collapsing on the finish line today. The men’s final starts at 17:56 with Tim off comfortably in the middle of the field at 18:22 (05:22 NZ).

(Note I’ve updated the NZ times – sorry, if I’ve had these wrong before, I’m writing these very late at night and my brain is dead!) 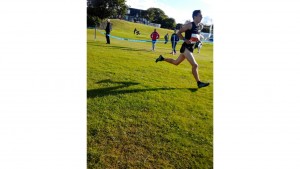 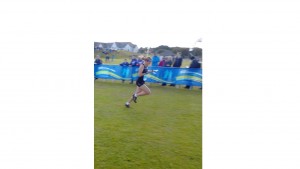