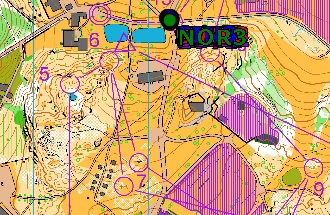 The New Zealand team of Lizzie Ingham, Matt Ogden, Tim Robertson and Laura Roberston have finished a highly creditable 11th in the World Cup Sprint Relay. Although crossing the line 18th out of 38 teams, with 3 Swiss, 3 Swedish, 3 Czech and 2 Norwegian teams ahead they show as 11th in the official results for which, as at WOC,  only 1 team per country counts.

Halden Fortress terrain is steep, rocky and wooded, albeit with many tracks, so this was not the normal type of urban sprint we often seen. Route choice was at a premium on many of the legs, with World of O accrediting Sweden’s victory to superior choices by Helena Jansson on the final leg. However, half way through the first leg it was actually Lizzie  in the lead until a route choice from 7-8 to the north of an out of bounds area allowed the pack, who went south en masse, to catch and pass. 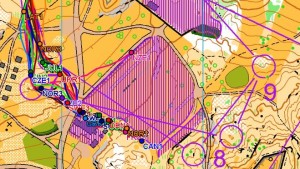 Hanging grimly on Lizzie handed on to Matt in 14th place overall (7th officially) only 17 s down. Faced with the top men in the world Matt and Tim, on leg 3, both had equally good runs as the field split into a lead pack and a chasing bunch. As the speed upped over legs 2 and 3 the gap from the front to the Kiwis gradually widened and Tim handed over to sister Laura in 11th place. Still recovering from a cold which affected her performance in Wednesday’s long distance race, Laura maintained 11th being passed by Ukraine but passing Italy.

At the front, behind Sweden an amazing last leg by Emma Klingenberg pulled Denmark into 2nd place just 2 seconds ahead of Switzerland.

The World Cup continues tonigth with the individual sprint where Lizzie, Laura, Matt and Tim are joined by Shamus Morrison, Toby Scott, Ross Morrison and Kate Morrison. Live coverage and tracking of the sprint relay was fabulous, expect more of the same. 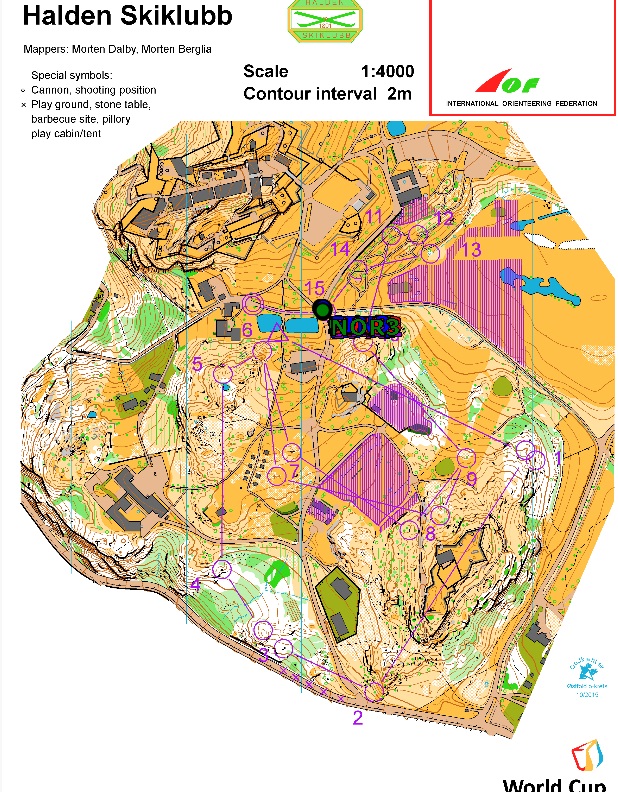